The Ultimate Guide to Italian Cheeses

In Britain, cheese is bought by over 98% of households, with around 700,000 tonnes being eaten at home, in restaurants and in processed food each year. As part of a nation that has a deep love for the milk-based produce, the sheer amount of cheese that we eat per annum should not come as a surprise. However, it is still significantly lower than our European counterparts who indulge in almost twice the amount that we do! 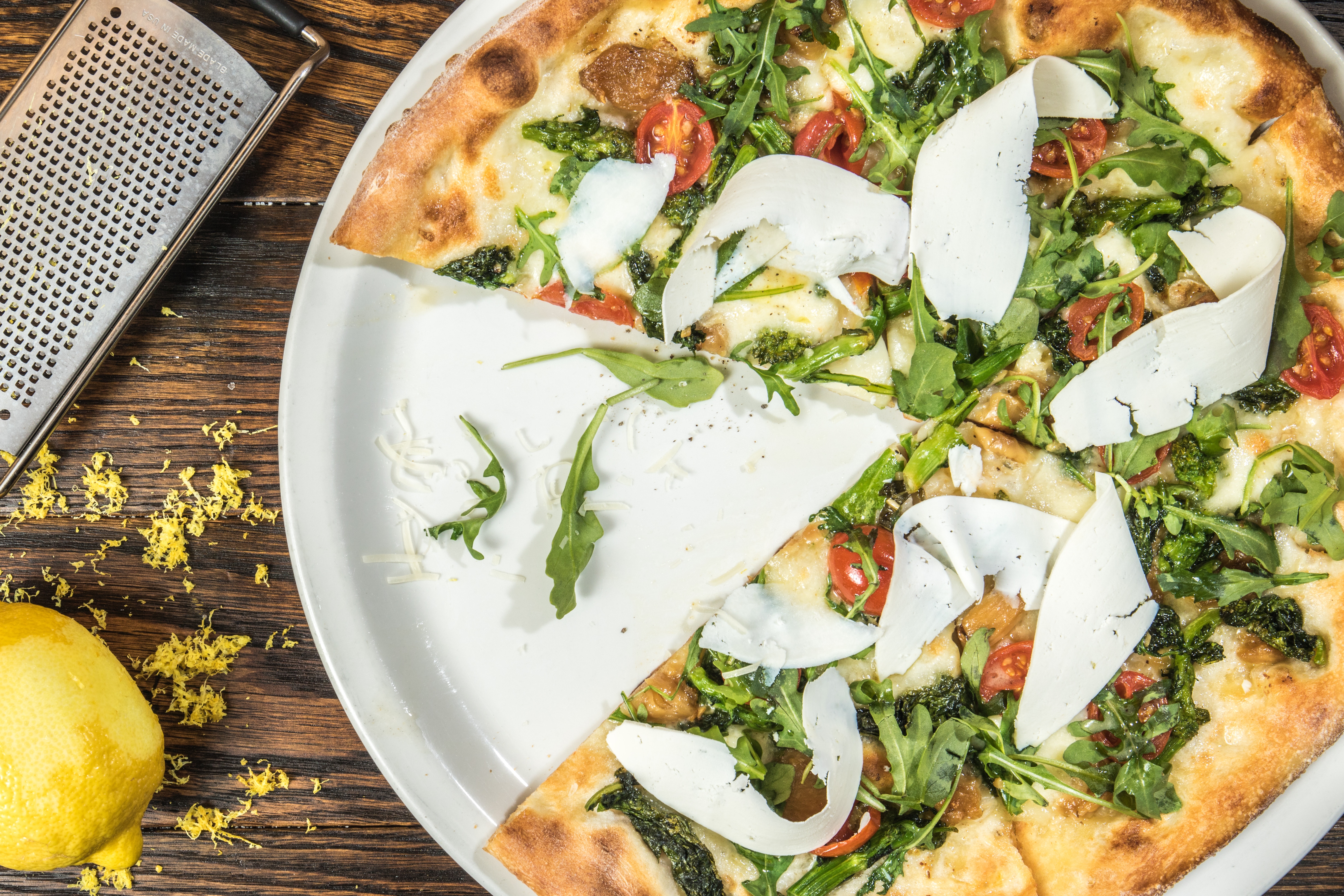 Predictably, the country’s favourite cheese is Cheddar, which is produced across the landscape. In fact, West Country Farmhouse Cheddar has been granted Protected Designation of Origin status, meaning that it can only be created in Devon, Dorset, Cornwall and Somerset. Despite this, the UK also accounts for a large percentage of cheese which originated in other countries, including Italian favourite, Mozzarella.

Not only is cheese a large part of the UK’s culture, but also that in Italy. Much like in Britain, each region has its specialities. However, their catalogue of cheese stretches much further than the Parmigiano-Reggiano that you enjoy on spaghetti and the Gorgonzola that you treat yourself to with figs. If you fancy yourself as a cheese connoisseur, there are a number of the country’s famous options that you must try. So, whether you’re exploring the Tuscan vineyards before popping home for a cheeseboard, or are salivating while daydreaming about the dairy product while lounging about in one of our villas in Abruzzo with a pool, this guide should help you decipher which one will be your new favourite.

In Italy, sheep are vital in the creation of some of the country’s most popular cheeses. Pecorinos, named after the Italian word for sheep, Pecora, are produced in a variety of different regions, including Lombardy, Lazio, Sicily and Sardinia. Made from the milk of an ewe, each of the six main varieties has also been protected under the Protected Designation of Origin enforcement created by the European law.

Pecorino Romano is the most common type of this cheese and is often used as an alternative to Parmesan. The hard cheese is salty and is generally aged before being served grated over dishes. Other types of Pecorino cheeses include Pecorino Sardo and Pecorino Toscano, which is usually smaller and milder than its Romano alternative.

One of the world’s oldest cheeses, Gorgonzola, is named after a village on the outskirts of Milan. Today, it is mainly produced in the northern Italian regions of Lombardy and Piedmont but is appreciated across the globe. The appearance of the blue cheese is veined and is created by un-skimmed cow’s milk, although goats’ milk alternatives are also available.

Gorgonzola is best enjoyed as part of a cheese platter, with a mixture of fresh fruit complimenting the taste. Pair this cheese with fresh figs, pears or apples, as well as jams and marmalades for the best taste sensation.

Semi-soft, Fontina is also produced with cow’s milk. This cheese is almost exclusively made and available in Val d’Aosta, although online imports mean that you might be lucky enough to pick up some of the irregular-shaped cheese yourself. Pungent in smell and taste, the finest Fontina is obtained during the summer when the cows are moved due to the change in the quality of grass that they can graze on.

If you fancy trying Fontina for yourself, the nutty flavour is perfect to incorporate into dishes, especially as a dessert. For fully matured versions, you can also grate, much like with Parmigiano-Reggiano.

On your next trip to Italy, if you find yourself in the northern part of the country, sampling some of the finest Taleggio should be on the cards for you. Another old cheese, it has a smooth texture that is both soft and creamy. Also, Taleggio is coated with a thin, pinkish-brown rind, contrasting the pale yellow interior that is slightly crumbly in texture.

As a soft cheese, it is best to avoid the rind; a thick, rubbery texture, its chewy disposition makes for an overpowering experience. However, the soft, crumbly middle is perfect for you to sample and can be enjoyed in some different ways, including in a panini.

One of Italy’s most famous cheese originates in the southern part of the country, with some of the most popular being created in Naples. Buffalo Mozzarella is, unsurprisingly, created from the milk of a buffalo. However, a large quantity of the cheese is still made from cow’s milk. Despite there being more than 2000 cheeses available worldwide, it is the most-eaten variety, with Pizza Hut using approximately 300 million pounds of it annually.

To best enjoy Mozzarella, it needs to be eaten soon after purchasing, as the taste begins to break down once exposed to air. Additionally, it is crucial that you keep it moist. There are, of course, lower-moisture options of Mozzarella, although this will taste slightly different. Typically, this variety of the cheese is saltier in flavour, but has a longer shelf life and can stretch better when used in cooking a dish.

The ripening of the cheese is something that is different for each option – and Formaggio di Fossa is no exception. Named Formaggio di Fossa, or “pit cheese”, it is ripened in special underground pits in the area which borders Emilia Romagna and Le Marche, alongside the rivers of Rubicone and Marecchia.

Uneven and deformed in shape, Formaggio di Fossa has a rind which is easily breakable, although it should not be eaten with this. Once the rind has been removed, the taste is initially delicate but has an aftertaste which can be described as pungent and bitter afterwards. This cheese is best served in a quiche, although you can also great this on top of pasta for a different taste.

Heading to Puglia and are wondering what cheeses are on offer for you? The buttery texture of Burrata is sure to pass your lips at least once on the trip, although you should bear in mind that the cheese, which is made from a mix of Mozzarella and cream is high in both fat and calories, so is not a good substitute for your favourite Cheddar.

Due to the creamy taste of this cheese, the number of ways in which you can enjoy this is endless. Whether you decide to pair it with a fresh salad or to sprinkle it on top of cooked dishes, the cheese, which translates to “buttered” is a luxurious extra that you’ll be sure to fall in love with.

Made from the leftover whey from sheep, cow, goat or water buffalo milk, Ricotta cheese is both soft and creamy, which provides it with a delicate flavour. Unlike Burrata, this cheese is low in fat and is a perfect alternative to Marscapone, as it has a mild taste and a thick texture.

There are a number of ways in which this cheese can be enjoyed; from spreading on top of toast to mixing into fish dishes, you don’t need to use large quantities of this cheese to get the desired taste.

Parmigiano-Reggiano, otherwise known as Parmesan, is a staple in Italian cooking. Dating back as far as 800 years, this cheese takes two years before it reaches its prime, condensing from a weight of 110lbs to 80lbs once ready. One of the reasons for its popularity is due to the fact that, once prepared, it is lactose-free.

Parmigiano-Reggiano is best enjoyed with pasta dishes and is often found accompanying similar meals over here. Other alternatives include eating the cheese in its natural state, as well as incorporating it into recipes.

If you’re heading to Italy soon, we would love to help you plan the trip of a lifetime. Get in touch with the team here at Essential Italy today to see how that holiday could become a reality. Or, if you’ve already planned your next visit to the country, we would love to know if you’re thinking about indulging in some of the cheeses that we’ve mentioned above, so reach out to us on our social media channels to let us know!