The province of L’Aquila is the largest of the four provinces in Abruzzo and also the only one without access to the sea, giving it a completely different vibe to other towns and cities in the region. It is home to Gran Sasso, Maiella and Velino-Sirente, the highest mountains of the Apennines as well as Europe’s southernmost glacier, the Calderone, making it a point of geographical interest for many who visit. The once cosmopolitan, art city of Abruzzo was rocked by a massive earthquake in 2009 and while some of the grandeur has been lost in the slow re-build process, some fantastic historical sites have withstood the test of time and the elements, arguably making them all the more impressive. The city is a stark reminder of the incredible force of nature and the damage it can do to a settlement that is hundreds of years old. A fascinating region with lots to see and do, we thought we’d take a closer look at Abruzzo’s quiet capital, L’Aquila, and all you need to know ahead of a visit to the city.

L’Aquila was founded by Frederick II, the Holy Roman Emperor and King of Sicily, and became the “second city” of the Kingdom of Naples when it was in its prime. Charles I of Anjou constructed the now medieval walls in 1316, and they stand tall to surround the city to this day, adding to the overall protected feel of the city. Thanks to its favourable political position all those years ago, L’Aquila prospered in industry, benefiting from a thriving wool trade and making the most out of the natural resources that were available to those who called this place home. The city soon became one of Italy’s more beautiful, with an abundance of palaces, monuments and bustling piazzas, the beauty of which can still be appreciated with a visit to the fantastic city today.

Things to See and Do

L’Aquilo is set amidst spectacular natural surroundings, providing the perfect back drop for various activities as well as several historical sites of interest that await exploration. We’ve taken a look at some of the highlights of what you can get up to in this awe-inspiring area in Abruzzo.

Renowned as the highest fortress in the Apennines, Rocca Calascio has an elevation of 1,460m, thus providing unparalleled views of the surrounding landscapes. It was built solely as a watch tower in the tenth-century and further developed into a fortress in the thirteenth-century with the aim of accommodating troops. The fortress was destroyed by an earthquake that is thought to have been seven or eight on the Richter scale, and whilst the town below was rebuilt, Rocca Calascio remains in ruin to this day.  You may recognise the fortress, as it was the location of the final scene of Richard Donner’s film, Ladyhawke. At a slightly lower elevation sits the octagonal church of Santa Maria della Pieta, built in the seventeenth-century and well worth exploring while you’re there. 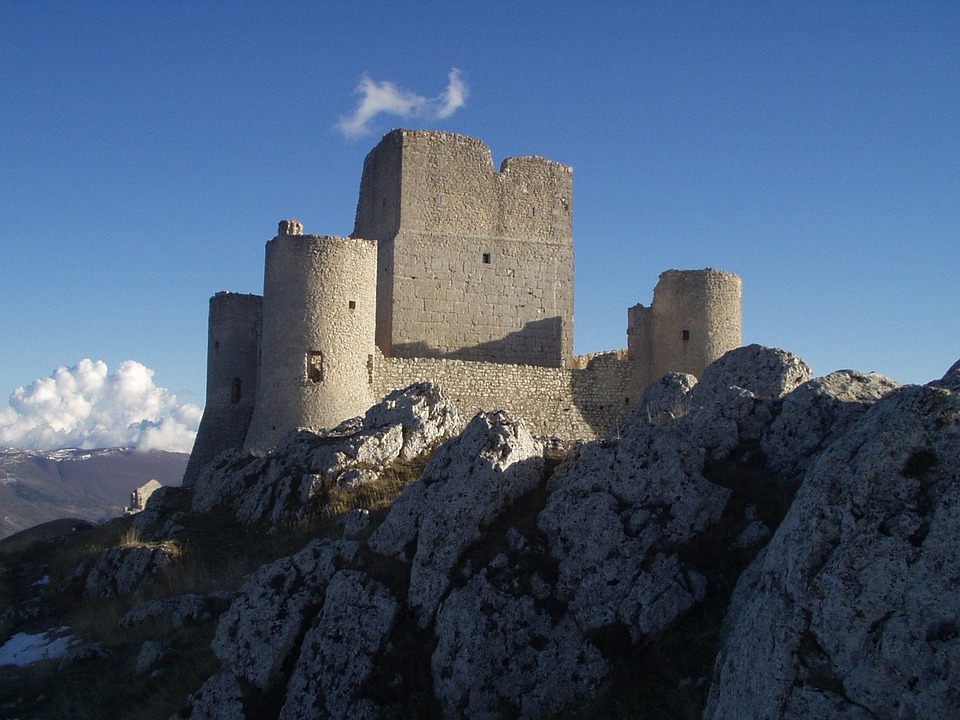 L’Aquila is dotted with ruins, all of which tell a story of a time gone by and are fascinating to explore. What’s left of ancient religious traditions, including the many Benedictine monumental complexes of the Romanesque age, await your next visit to the region with sights of particular interest including the Church of Santa Maria in Valle Porclaneta and the Santa Maria and San Pellegrino monumental complex.

There are 108 communes in the province, and of those, 13 are considered among the ‘Most beautiful villages in Italy’. Among them include Castel di Monte, which is home to a thirteenth-century citadel and castle and Navelli, a beautiful commune that is renowned for its saffron production, and home to the Church of San Sebastiano, Palazzo Santucci and the medieval tower of Civitaretenga.

L’Aquilo’s favourably geographical position means there’s a wealth of natural attractions to see and explore during your time there. Maiella National Park is home to Mount Amaro, the second-tallest mountain in the Appenine Range, as well as 500km of hiking trails, cave paintings and Grotta del Cavallone, one of the deepest caves in Europe that is open to the public. The Sirente-Velino Regional Park is home to the Aterno River, which is widely regarded as one of the coldest in Italy, as well as one of the largest canyons in the range, the Aielli-Celano gorge and the Sirente Crater, a 140m-diameter lake feature near the top. Finally, the Zompo lo Schioppo Natural Reserve boasts the most spectacular waterfall in the Apennines, Abruzzo, Italy and beyond, and is well worth seeing in real life. 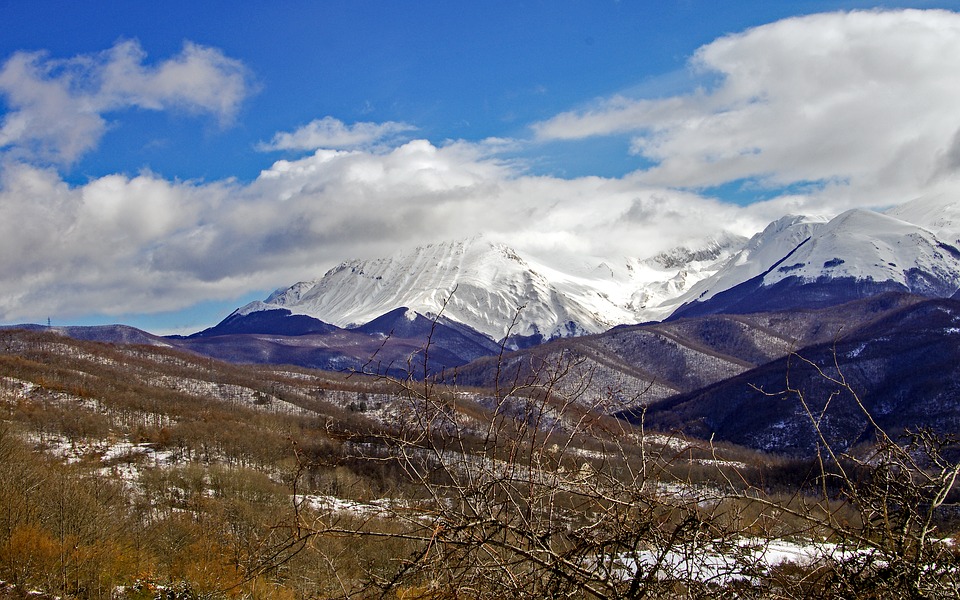 The dimensions and richness of L’Aquila makes it somewhat of a haven for those in search of an activity-based holiday. Ideal for any manner of trekking, jogging or horseback-riding, the impressive landscapes, stunning scenery and favourable weather conditions make this the destination of choice for adventurous travellers who want to explore off the beaten track. There is a maze of mountain biking trails to suit every ability and experience level as well as an array of hiring facilities dotted all over the region. For a slightly less adrenaline-fuelled option, take a foraging tour where you’ll be able to scour the woods in search of epigeal mushrooms and the renowned truffles which can be cooked and enjoyed on the spot. 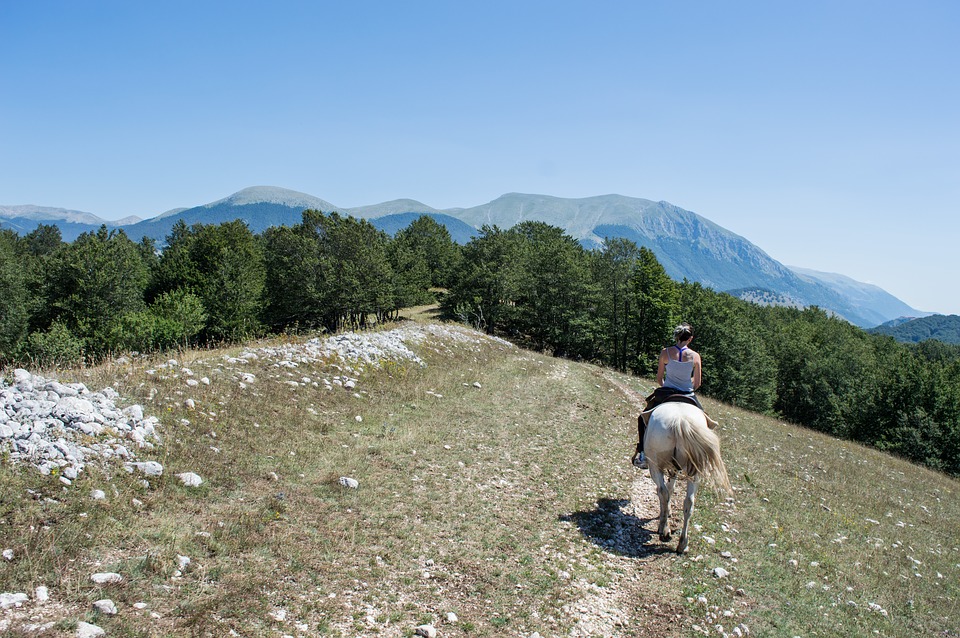 L’Aquila is best-known for saffron, which is appreciated all over the world. Traditional dishes include Gnochetti with cheese and eggs, roast lamb and lamb with cheese and eggs, which is usually accompanied by wines such as the Montepulciano d’Abruzzo and the Trebbiano d’Abruzzo. Typical products include the white and summer scorsone truffle and pork sausages. In a previous time, meat was only consumed on special occasions and so farmers would cook lamb in a pot covered by another pot, without herbs and spices so as not to rouse the curiosity of neighbours.

That concludes our guide to visiting L’Aquilo, so you know what to expect on your next stay in our holiday villas in Abruzzo. Have you visited L’Aquilo and have any other tips or recommendations for fellow travellers? Let us know via the comments on our social media channels! For more inspiration on travelling in the Abruzzo region, check out our recent blog page, with posts including The History of Abruzzo and Summer in Abruzzo.