The History of Abruzzo

With some of the most stunning views in all of Italy, Abruzzo is becoming increasingly popular amongst visitors. Located along the centre of Italy’s east coast, Abruzzo is one of the greenest regions in the whole of Europe, with swathes of natural land leading into serene rivers and out towards the stunning Adriatic Sea.

Abruzzo is a region that boasts stunning nature alongside plenty of traditional Italian culture, making it the perfect location for those searching for a different side to the Italian break. If you’re interested in learning about the history of this region before your stay in our Abruzzo apartments, villas or hotels, then join us as we look at the moments that shaped this region and its many landmarks!

People have been living in Abruzzo since the Neolithic era, with the earliest artefacts found dating back to beyond 6,500BC. The name Abruzzo, however, is believed to originate from ‘Aprutium’, coined in the Middle Ages by the Praetutii, an Italic tribe that lived across Central Italy. Not much is known about this group, but their impact can be seen across the region and particularly in Abruzzo where they were primarily based. The word Aprutium is believed to have originated as a combination of the tribe’s name and the title of their chief city, Interamnia, now modern-day Teramo.

Teramo is one of many cities in Abruzzo whose origins date back to ancient civilisation. The small commune of Corfino was the principal city of the Paeligni tribe who lived in the Valle Peligna in Central Abruzzo. Meanwhile, Chieti is believed to be one of the oldest cities in the whole of Italy. Founded by the warring Marrucini tribe, mythology suggests the mythical Greek hero Achilles founded the city and named it Theate, after his mother.

The Roman Era in Abruzzo

As with surrounding regions, much of Abruzzo’s recognisable history is from the Roman civilisations that ruled the area for much of late-BC and early-AD. Roman generals conquered Teramo between 295 and 290BC, renaming the city Interamnia Praetuttorium, or “City of the Praetutii between two rivers”. Throughout the Roman Era, the community would drop in and out of being a municipality and was hugely successful thanks to its proximity to the empire’s capital, Rome. Thanks to this, the city received many luxuries such as amphitheatres, baths and temples, the remains of which can still be seen today across Teramo.

Other Historical Influences in Abruzzo

In keeping with other regions of Italy, Abruzzo was ruled by many different civilisations following the fall of the Roman Empire, including Lombards, Byzantines and Muslim cultures. The most significant impact in this region of Italy, however, was made by the Normans, particularly their inclusion of the area in the Kingdom of Sicily, the first step to Italian unification in 1860.

Initially, the region was known as Abruzzi, a result of its administration during the Kingdom of the Two Sicilies, when Abruzzo was divided into three parts (known collectively as the Abruzzi). Abruzzi included the modern regions of Abruzzo and Molise to the south, and the two were not split until 1960, which makes Molise the youngest region in Italy. The administrative areas of Abruzzi went on to influence the modern regions of Abruzzo we see today: Abruzzo Citeriore is now Chieti Province in the south; Abruzzo Ulteriore I encompassed modern Teramo and Pescara provinces, and Ulteriore II is now the province of L’Aquila. 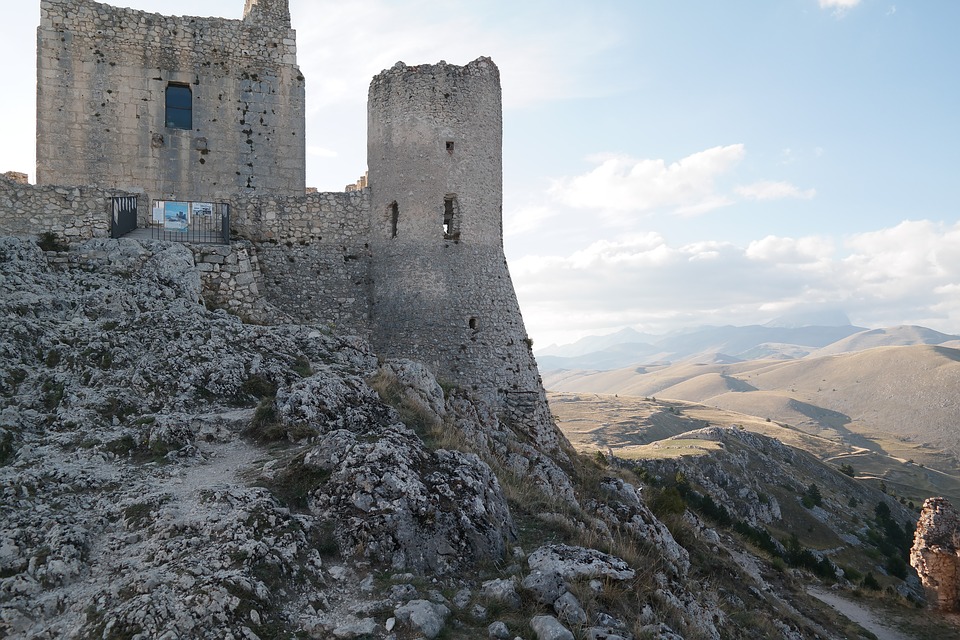 The World Wars in Abruzzo

Abruzzo is also a region with a deep connection to the World Wars that can still be felt today. Abruzzo was part of the Gustav Line, designed to stop Allied forces reaching the stronghold of Rome. The Battle of Ortona took place in December 1943 and is regarded as one of the fiercest campaigns of the war. The coastal town hosts a museum dedicated to the conflict, while the city of Sulmona in Southern Abruzzo is also known for its war memorials.

This is just a small guide into the rich history of this beautiful Italian region, and each city and community has its secrets to discover. That being said, there’s no denying that the main attraction of Abruzzo is the wide-open spaces and beautiful nature that surrounds it! Check out our blog on the must-see attractions in Abruzzo!