Whether it’s the mouth-watering cuisine, sandy beaches, fascinating historical sites or breath-taking scenery, there is something for everyone in Sicily. The iconic and famous tourist attractions will always excite the many holiday makers who journey to the island in the Mediterranean, but sometimes it’s just as fun heading off the beaten track and seeking out the hidden treasures. 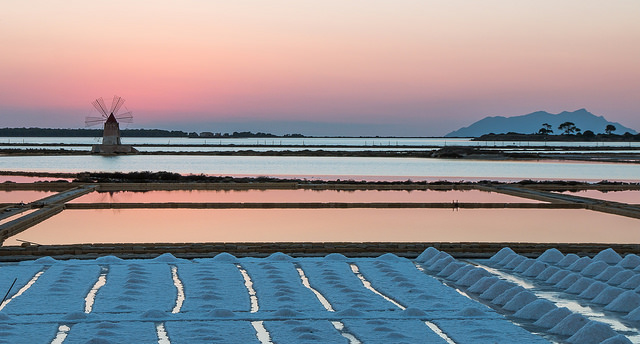 If you are staying at our Sicily luxury hotels this year, then this guide will help you discover the hidden treasures of the island and you will leave with many exciting stories and a wonderful experience of the island.

The windmills of Mozia

A tiny island which is located just off the west coast of Sicily, Mozia is brimming with history and heritage. There are several archaeological sites here, based around the most important Phoenician settlement found in the Mediterranean. But it is the famous windmills, used to filter salt from the sea, which provide the biggest attraction to Mozia, and the white, topped with red structures create a perfect photo opportunity.

Caltagirone is adorned in ceramics, with entire streets, building and bridges covered in them. It has a very colourful and charming character and it is fun the explore the street, seeking out the most beautiful ceramic tiles. The most famous site here is the Scala di Santa Maria del Monte, a 142-step stairway which is completely covered in ceramics. The steps are at the centre of many festivals held throughout the year, including one in late July which is dedicated to the town’s patron saint and in celebration the steps are covered with flower pots.

The awe-inspiring town of Enna in the heart of Sicily is a real spectacle. You can wander the old cobbled streets, discovering the many historical landmarks, or head to the outskirts and appreciate the town from a distance, sandwiched between mountain peaks, this town is definitely one of the best-hidden treasures all visitors to the island should seek out.

Modica and the baroque architecture

While Modica may not be considered the typical hidden gem, as many people would rather head to the beach or visit Syracuse over this beautiful city. But the visitors who choose to explore Modica will be rewarded with many beautiful sites, including the baroque architecture of St George Cathedral and St Peter’s Church. And don’t forget to sample the delicious chocolate this town is famous for!

One of the best thing about Sicily is the varied architecture which can be found throughout the island, and the Norman castles of Erice are some of the best examples. High in the mountainous landscapes and overlooking the coast of Trapani, the small town of Erice is packed with history. The most famous feature is the Castle of Venus, with towers above the town, perched on a large rock on Eryx Hill. The views from the castle are like no other, and you can see along the beautiful northern and southern coastline of Sicily.

Below the slopes of Mount Etna, the Alcantara river canyon was formed by the erosional process of the river on top of lava flows, which date from an eruption in prehistoric times. Guided walks are organised along the canyon on a regular basis, and visitors can wade along the riverbed, or follow the marked trails through the gorgeous scenery. This unique place can also be admired from the top of the canyon, which can be reached by foot or lift.

The small volcanic island of Ustica on the north-east side of the island boasts beautiful inlets, bays and caves along its coastline. One of the best features of the island are the houses facades which are covered with artistic murals and tiles, depicting local scenes and portraits. This island is a popular destination for scuba divers, and the fauna and marine environment around the island is a Marine Protected Area since 1987.

The Ultimate Guide to Winter Packing

The Best Destinations to Stay in Puglia