The Telegraph is a newspaper highly regarded for its travel features, with its readers also actively contributing and sharing with others their favourite travel secrets. Recently, they were encouraged to reveal their favourite hidden gems across Italy, located off the beaten tourist track, and we can’t help but agree with them! 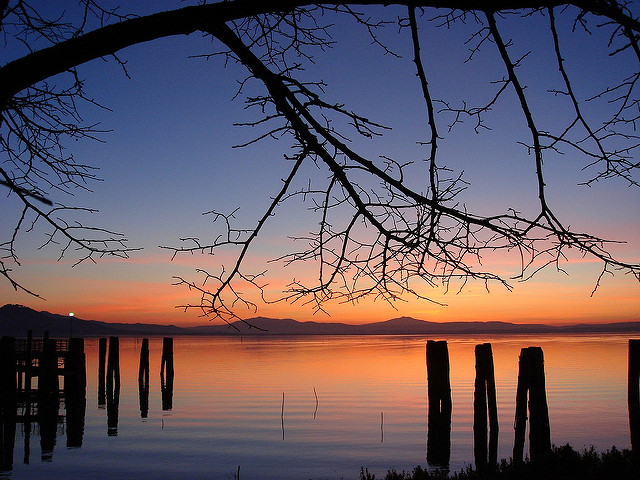 Tuscany is already a much-visited tourist favourite, though reader Patricia McAllister from Northern Ireland revealed that some corners of the region, such as the Casentino Valley, remain overlooked. Located just an hour from the artistic and cultural hub that is Florence, the Casentino Valley has much to offer, including ancient castles, religious shrines, one of the largest National Parks in Europe and hills carpeted in forests, topped with medieval towns.

Sarah Owens from Cornwall recommends the neighbouring region of Umbria, a quiet and peaceful alternative to Tuscany. Not only is it home to the sleepy Lake Trasimeno and a slew of charming hilltop towns such as Montefalco, but the city of Assisi, home of St Francis, is also historically and religiously significant.

The Apennines of Le Marche was another quiet Italian region to receive a mention, this time by Annabel Bailey of Berkshire. It’s the perfect place to truly get lost in the mountains and discover a wealth of hidden delights, from the limestone caves of Sassoferrato to the elegant city of Urbino. If you’re looking for an Italian holiday with a difference, our Le Marche villa holidays are hand-picked to showcase the very best of the region.

Sicily is an extremely diverse island, so much so in fact that it received two mentions from Telegraph readers. The first revealed a hidden historical treasure, the Greek ruins of Selinunte. Surrounded by farms and olive groves, its giant columns are a masterpiece in Ancient Greek architecture, and a quiet beach and the beautiful blue sea can even be found nearby. The second recommendation was for the port city of Catania, which sits at the foot of dramatic Mount Etna. Catania’s main asset according to reader Amy Davidson, was the food, from the fish markets to the plates of fresh vegetables and seafood served in the family-run restaurants.