Also known as the Appian Way, the Via Appia is one of the most ancient roads still in existence today and is a must-see when in Italy. Connecting the Capital of the Roman Empire to the South-Eastern part of Italy, the road was one of the most used throughout the country. Parts of the ancient route can still be walked today and the new, functional Via Appia still links some of Italy’s most beautiful towns and cities together across the country. Here at Essential Italy, we have selected the seven most fascinating facts about this incredible piece of history for you to indulge on.

The Road was Named After a Politician

The Appian Way derives its name from the Roman politician, Appius Claudius Caecus. Appius was a Roman censor whose uncertainty for being either a reformer or a potential tyrant is the cause of many different opinions on the historical figure. It was with his involvement that Rome became the subject of a series of improvements. Acting as a supervisor for the government’s finances, he was the chief instigator for building the Via Appia in 312 B.C.

Appius was not only responsible for creating such a momentous construction, but he also helped to produce the first aqueduct of Rome, which was appropriately named the Aqua Appia. With this implementation, the Empire’s capital was delivered drinking water.

The Road was Created for Military Purposes

In its initial construction, the road was created to transfer military supplies. Its purpose was to move troops from Rome to other parts of the country. As most roads derived from the Etruscan period, routes lead towards the main Etruscan centre of Etruria which covered the regions Lazio, Tuscany and Umbria. With the expansion of Rome across the country, roads were introduced for the ease in travelling to other parts of Italy from the capital. This is where the expression ‘All roads lead to Rome’ originated from!

You can Walk Part of the Ancient Road Today

If you would like to walk on the ancient road yourself, head over to the Parco dell’ Appia Antica in Rome. This regional park has preserved part of the road which can be visited by all. Here, you can experience the fantastic scenery and absorb the magnificent historical monuments which remain from thousands of years ago. 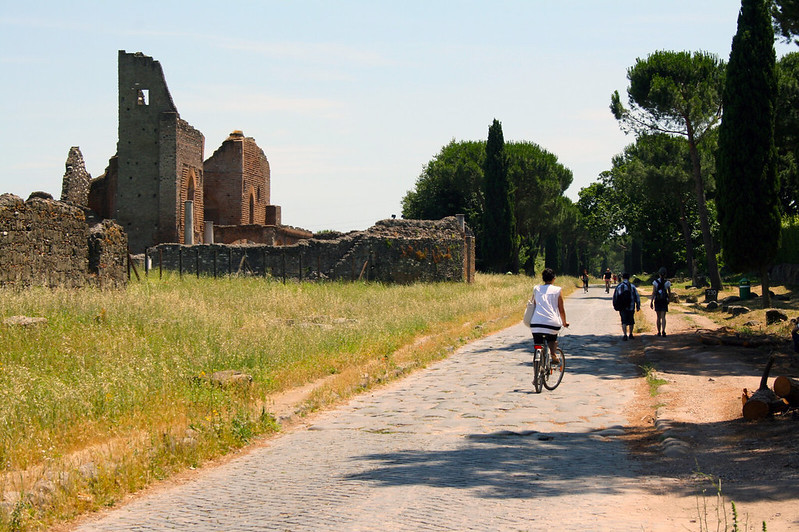 Part of the Via Appia is a Burial Site

There are a few burial sites and catacombs to look out for when exploring the ancient road. In Ancient Roman tradition, burials did not occur inside the city but were transferred to outside the city’s walls. Consequently, the more affluent residents of Rome were laid to rest along the Appia and you can see some of the beautiful tombs today. Many of these burials were also Christian converts after Christianity was populated in the city.

The Via Appia was the Place of Crucifixion for Spartacus

One of Rome’s most famous gladiators, Spartacus of Capua was believed to be crucified on the Via Appia after the Third Servile War slave revolt in 73BC. A two-year-long battle between slaves and the Roman empire, Spartacus was eventually captured and defeated after trying to escape from Italy, when moving into a trap set by the Roman military. Consequently, 6,000 slaves were executed by crucifixion along the Via Appia, stretching to 200 km of the road in 71BC.

It was a Battleground During the Second World War

Acting as a direct route into Rome, it became part of the scene of destruction for four months during WWII. The Allies found themselves at an undefended spot in Nettuno, on the coast of Italy. It was with this that they planned to access Rome via the Appian Way due to its direct route and regain the capital of Italy from German troops. However, with slow progress, the plan was not a simple success and ended up as a battle lasting for a third of a year. Allies made it to the Pomptien region but were stilted by German troops who made their way down the Via Appia and blocked Allies at Anzio until they eventually fled to the North of Florence. 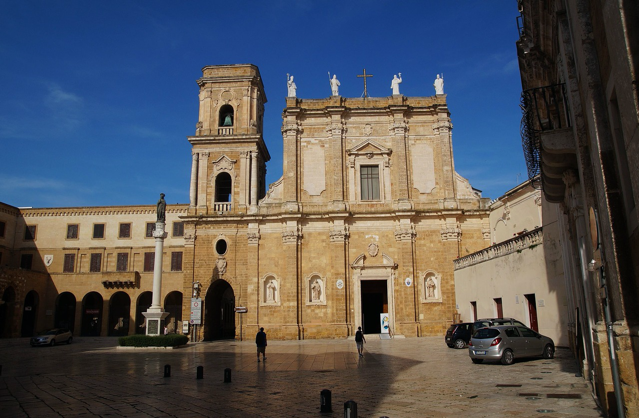 The Last Destination on the Via Appia is Brindisi

The final destination of the Via Appia ended at the stunning coastal town of Brindisi, in Puglia. It is here where you can see the final stop of the road marked by an ancient Roman pillar. Beginning at the Basilica of Saint John Lateran, the road which is still used today takes a slightly different path out of the city, but eventually re-joins the original route for part of the journey a few miles from the south-east of Rome. Here you can find yourself surrounded by the beautiful landscape of the region, where you can come across many of our stunning villas in Puglia. For some more ideas on what to expect from this incredible region, take a look at our Ultimate Guide to Puglia for some inspiring places to visit.

Hopefully, we have inspired you to explore the amazing history which lies in and around the Via Appia. If you have some recommendations of sites to spot while travelling the ancient road, we would love to hear them! Let us know on our social media channels.