According to stats released by The Observatory on Marriages Abroad, Italy has become the most popular European destination for those getting married abroad, and reached second in the world, only behind Hawaii. 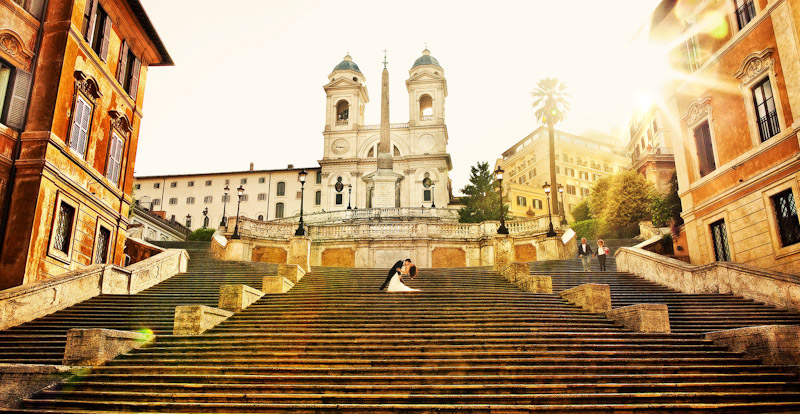 The most popular Italian destination was Tuscany, followed by the Amalfi Coast, Umbria, Venice and the Alpine Lakes. British couples were in fact the ones most likely to celebrate their nuptials in the country, with 25% of marriages from abroad being from the UK, followed by Americans and Canadians, Russians, the Japanese, Australians, Saudis and the Chinese.

In 2015, wedding tourism generated an incredible €400m of income for Italy, double the income it had just two years before, meaning that the popularity of Italy for weddings abroad has grown exponentially. Over 90% of couples who chose Italy for their wedding also return to the country to celebrate their anniversaries, which is proof that Italy is an enchanting country people fall in love with and want to return to time and time again.

Suita Carrana, co-ordinator of the Observatory, said: “Italy, as a leading European wedding destination, has enormous potential. Even such celebrities like Sofia Coppola, George Clooney, Tom Cruise, or Petra Ecclestone got married here.”

Have you ever considered marrying the love of your life in wonderful Italy? You can even follow up your dream ceremony with an incredible honeymoon in an Italian villa, soaking up the famous sun, sea and relaxed lifestyle.