Florentine district of Oltrarno revitalised in a drive for tourism

The overlooked Florentine quarter of Oltrarno, found south of the River Arno, has recently undergone a dramatic overhaul as part of a drive to bring more tourists to the district. 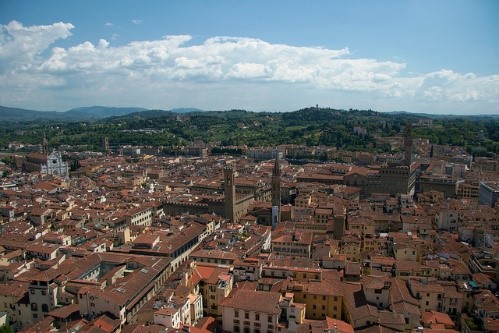 €3.6m has been invested in a dramatic transformation of the open-air car park, turning it instead into a pleasant and open pedestrianised square. Mayor Dario Nardella called the transformation a victory for the area, as the square would now be brought to life with people rather than cars, creating a ‘place for living’.

Although tourists would often cross the river to visit the southern half of the city, they would often head to the Boboli Gardens and Pitti Palace, but bypass the rest of the character hidden in the area’s narrow streets; seen as a shortcut rather than a destination.

The ancient yet well-preserved Porta Romano has also reopened after over a decade, and features the only surviving elements of Florence’s medieval fortifications – defences over the river were demolished some two centuries ago.

One of the main draws to visiting Oltrarno is the views offered up from the various bars and restaurants cropping up in old buildings – sights of Renaissance buildings and a panorama of the north half of Florence from a distance. Another is the close-knit community of local artisans, who work tirelessly on all kinds of unique creations, from ceramics to jewellery and intricately carved woodwork.

For a slice of authentic Italy, visit our website to find out more about our gorgeous Tuscany, Umbria, Abruzzo, Sicily, Puglia and Sardinia luxury villas.