The top three seaside destinations have been listed as part of the annual guide to the most beautiful seas in Italy, known as the ‘Blue Guide’, created and published by the tourism association Touring Club Italiano and the environmental group Legambiente. 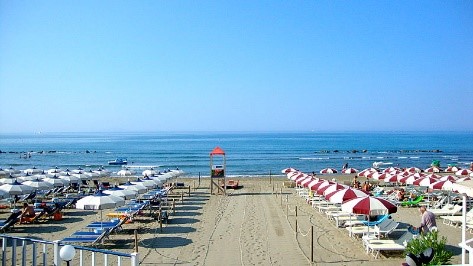 The guide highlights the best coastal destinations in terms of attentiveness to the surrounding environment, landscape, quality of services and tourist facilities. Resorts and towns which rank especially high in these aspects receive a ‘five sail’ award.

Sardinia was the region which received the most five sail awards, followed by Puglia, which took away three of the sought-after awards. The Tyrrhenian Sea, a section of the Mediterranean Sea found off the west coast of Italy, was home to the majority of winning resorts, lapping at the shores of several Italian regions including Tuscany, Lazio, Basilicata, Calabria, Sicily and Sardinia.

If you’d like to visit some of these incredible seaside resorts, with their golden sands and clear blue waters, visit our website for a host of great holiday properties, including hotels in Umbria, villas in Sardinia and luxury apartments in Tuscany.