A Beginner’s Guide to Pasta

As one of the staple Italian foods, pasta is one of the most popular dishes worldwide. Since its first recorded reference dating back to 1154, the traditional cuisine’s roots can be traced back to Sicily, which is the oldest Western location that has documented its use. Globally, its use varies, however in Italy, the simple dish is often presented as a smaller first course when enjoying a meal, but can also be prepared as part of a salad or light lunch. 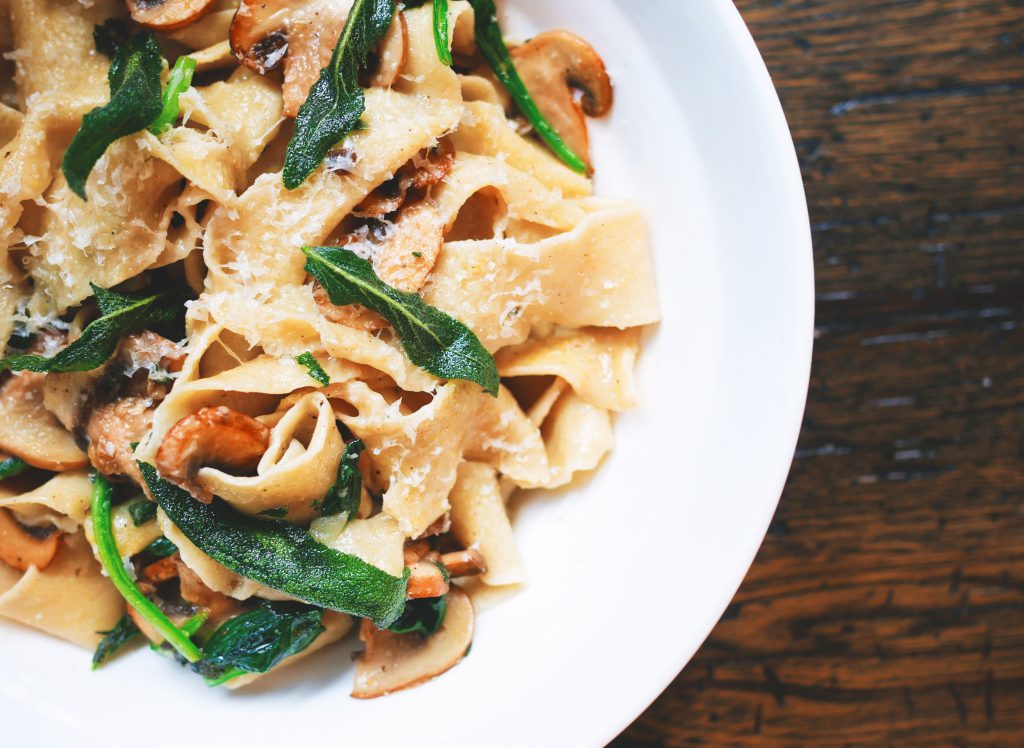 Today, pasta can be found in a plethora of varieties; from the thin tubes of Bucatini to the delicate strands of Tagliatelle; the versatility of the durum wheat flour dough mixture is what allows it to be so widely used. In fact, there are over 600 different types of this Italian staple that can be enjoyed in a number of different dishes. Broken into two categories, dry or fresh, the method of creating the pasta is what defines the category it falls into.

With most dried pasta that is commercially sold produced via an extrusion process, when tackling creating pasta at home, you are more than likely to be making the fresher variety. Combining just flour and egg, kneading the ingredients together to create a smooth and silky texture is the key to ensuring that you can create the best pasta possible. The inclusion of egg in the mixture is what makes it more tender when cooking, and due to the shortened shelf life that using eggs provides, it ensures that the staple remains fresh.

Due to the number of shapes and sizes that the starchy dough can be made into, its accompaniment is often decided based on its characteristics; tubes or shapes are paired with thicker sauces that can cling to the holes and grooves of the pasta, whereas thinner sauces, such as pesto, are best consumed in a dish with long, thin strands.

One of the reasons that pasta is so popular is due to its quick cooking time and cheap production costs. Also, with the ability to add a range of different sauces and ingredients, catering the dish to your tastes has never been easier. When consuming just one cup of the carbohydrate, there is only one gram of fat and 200 calories, and with no cholesterol, it is a healthier option than some of the most commonly consumed quick and simple meals. (If you’re wondering how large one cup of pasta is, look a the size of your fist, as one cooked cup should be a similar size).

Not only is pasta cheap, but it is also convenient. Dried, uncooked pasta can be stored for up to a year, so it is useful always to have a bag or two kept in your kitchen in case of emergency. However, cooked pasta can also be kept too; if frozen, it can be reheated and eaten for up to three months!

If you’re a pasta lover, then why not consider staying in one of our luxury villas in Sicily? Book a holiday to the area to sample some delicious, fresh dishes and discover some new flavours to incorporate once you get home! In Italy, there is the greatest amount of pasta consumed worldwide, with over 600 million kilometres eaten each year. With enough noodles being made to wrap around the planet 15,000 times, it is the perfect location for those who fancy digging into the staple.

What is your favourite pasta dish? We would love to know, so reach out to us on our social channels to tell us.