A Guide to Cagliari

When holidaying in Sardinia, there are a plethora of locations for you to call home for the duration of your trip. From the hidden gem of Nuoro to the golden sands of Chia, you’ll be spoilt for choice when it comes to deciding where you’re going to stay. However, Sardinia’s enchanting capital of Cagliari is the perfect escape for those who are looking for a holiday with history, culture and completely breathtaking views out over the Mediterranean. 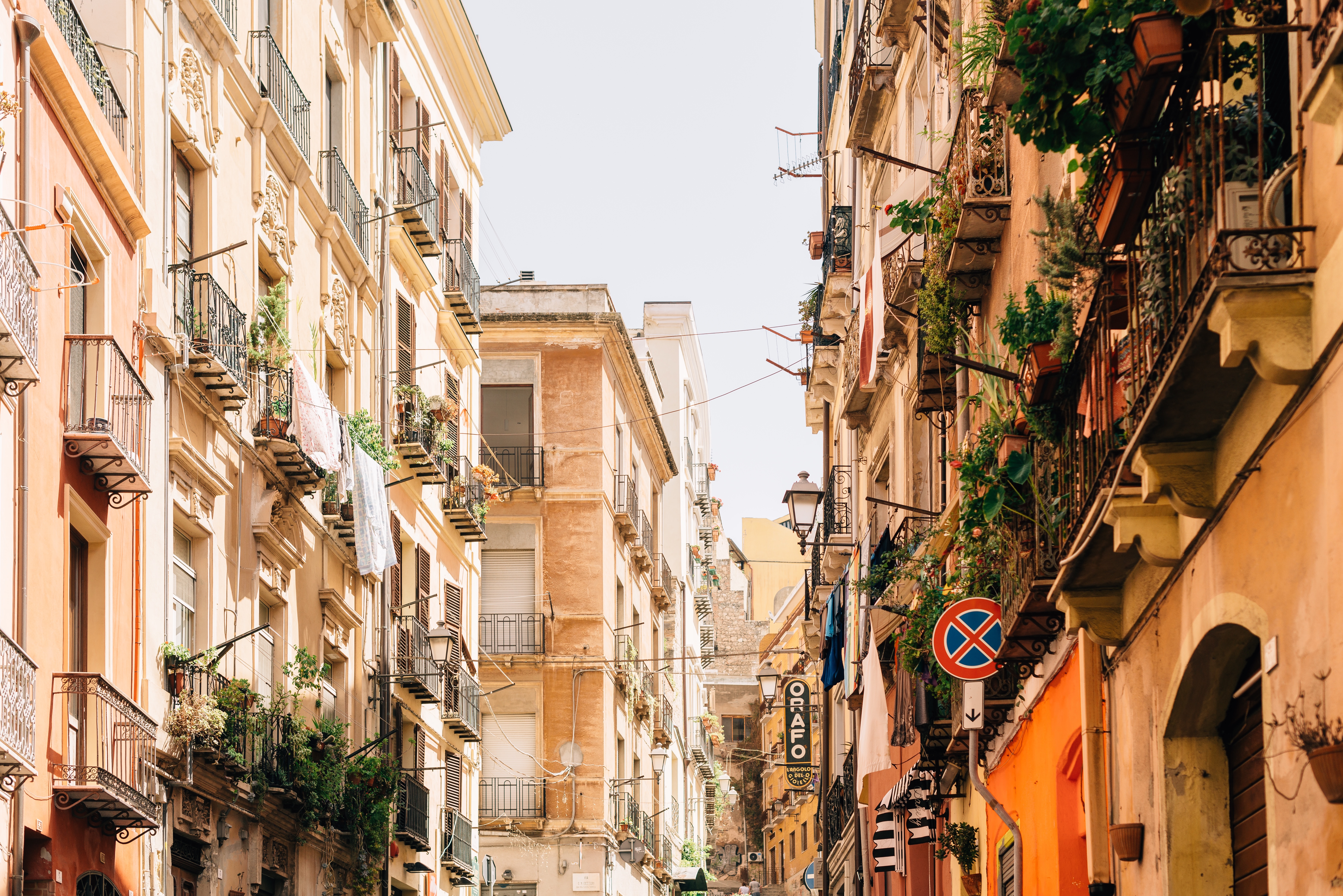 The largest city on the island, covering 19% of the province, is home to over 150,000 people. Located on the south coast, it is the perfect destination for those who love a balance of the bustling city streets and the sandy shores of Sardinia. There is something for everyone here, which makes it ideal for those travelling in a group or with their family.

The name Cagliari comes from the Campidanese Sardinian word Casteddu, which means castle. This signifies the location of the upper part of the city, with the capital, much like Rome, being built over seven hills.

Wandering around the streets of Cagliari, it is difficult to avoid the wealth of history that accompanies the city. Dating back as early as the 1st century, the city has been influenced by a number of its previous inhabitants; from Romans and Genovese to Byzantines and Spanish, the city was originally a Phoenician burial site. However, the Roman-influence is the strongest, and there are still ruins throughout the city that are open to visitors.

The Villa of Tigellius has significant archaeological findings for Roman dwellings, including three structures, a hallway and a thermal structure which are estimated to have dated back as far as the 1st century. The Botanical Garden of Cagliari shows evidence of the Roman water system while providing you with the perfect place to explore for a day. Lastly, no trip visiting the ancient ruins of Roman Cagliari would be complete without visiting the ancient Roman Amphitheatre of Cagliari. Visit the structure, which has been carved into the Hill of Buoncammino rock, with help from a tour guide who will tell you about the history of the amphitheatre, if you’re looking for more insight.

Located in the Bay of the Angels, you’re never short of coastline when visiting the capital; stretching for eight miles, the turquoise Mediterranean Sea laps at the white sand. The most popular beach along the shore, Poetto, has a number of bars and cafes along the waterfront, which make this the perfect destination for those who are looking for a thriving nightlife. Aside from Poletto, numerous beaches for you to discover lie on the coast towards Quartu Sant’Elena, with many more becoming visible as you head past Mari Pintau towards Villasimius.

Traditional Sardinian food is the only food that you should consider for your first meal in the capital. Despite there being a wide amount of cuisine on offer from around the globe, sampling the finest Italian is a choice that you won’t regret while staying here.

If you’re looking for the most authentic dining experience, expect to tuck into several dishes. Starting off your feast with Sardinian bread that comes in all different varieties is the perfect way to ease yourself into the meal. Su cifrazu is most commonly found and comes in the shape of a large roll. Additionally, other popular choice include su pane carasau, which is thin flatbread and is used in other Sardinian dishes.

Over the next couple of courses, you will enjoy a mixture of meats from both the land and sea, with the courses utilising the optimal conditions for rearing animals due to the rich soil of the land and the shimmering Mediterranean providing the perfect playground for fish to swim. Expect hams, sausages and mussels, as well as lamb, weal and clams to take the place of appetizers, before heartier dishes such as fregula and malloreddus filling you up.

Here at Essential Italy, we have a range of charming properties all over the island, from villas in Sardinia with a pool to the perfect place for a romantic getaway, we’re sure you’ll find your dream holiday accommodation with us. Contact us for more information about how we can help you plan the perfect holiday.

Have you ever visited Cagliari? If so, we would love to know so reach out to us on our social channels to tell us about it. Still wondering whether or not Sardinia is the place for you? Check out our interview with Sarah, who coordinates the Sardinia holiday programme, here. We also have a host of other informative posts on our blog, so take a look at them for some more inspiration!