Italy is known for its strong ties to the fantastic food that is pasta. With the first known pasta reference dating back to 1154 in Sicily, the history has been long, meaning that there are many incredible facts about this globally enjoyed food! So, here we have some fantastic pasta facts for you to enjoy: 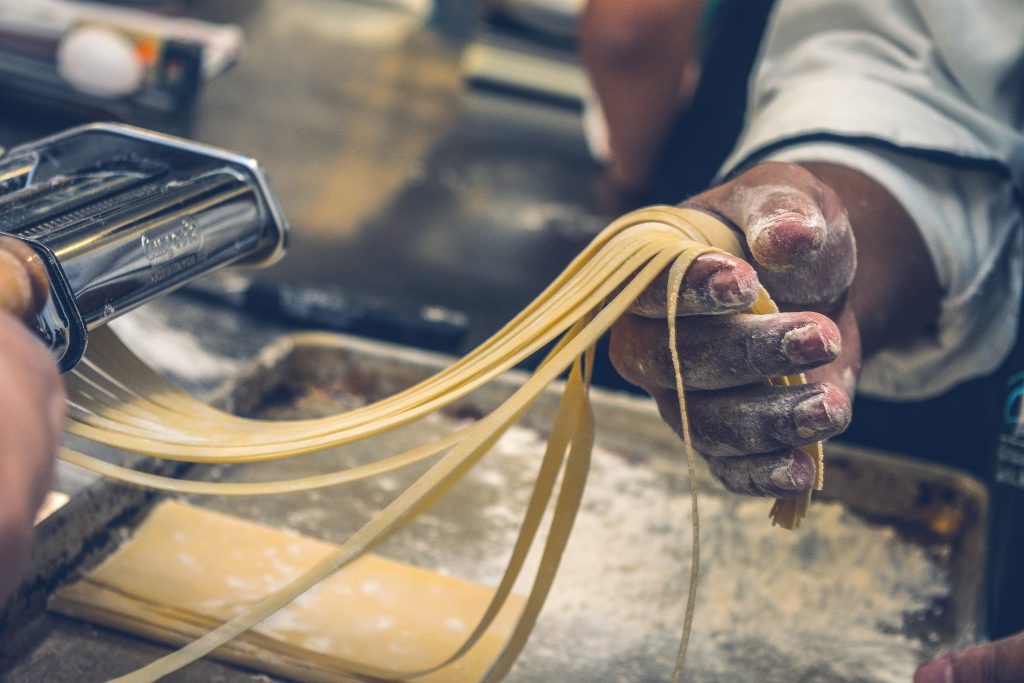 1. There are around 600 different types of pasta today, and over 1300 different names have been documented!

2. According to the International Pasta Organisation, Italians eat an average of 25.3kg of pasta every year!

3. Penne, spaghetti and macaroni are the most popular types of pasta of all.

4. When cooking pasta, a good way to test whether it is cooked it to take a piece and throw it at a wall; if it sticks, then it’s ready to eat!

6. National Pasta Month falls in October, so be sure to prep your finest pasta dishes for then.

7.Pasta was originally eaten plain (with no sauce), or sprinkled with sugar, cinnamon and soft cheese, served as a dessert. It wasn’t until around the 1700s that tomato sauce was added, however, it’s been a classic ever since!

8. According to the International Pasta Organisation, the Italians consume an average of 600 million kilometres of spaghetti per year, and this would be enough to wrap the entire planet approximately 15,000 times!

9. Pasta has been scientifically proven to make you happier. According to scientists, the carbohydrates in pasta increase the production of serotonin. This is a neurotransmitter which is believed to heighten feelings of happiness!

10. On April 1st 1957, one of the first ever TV April fool’s day jokes convinced the nation of BBC watchers that spaghetti grew on trees! The ‘facts’ stated that severe frosts inhibited the growth of the pasta and that each strand grew to the exact same length….

11. In Italy, only forks are used to eat spaghetti, twizzled against the bowl to form an edible wrap of pasta. The Americans, however, prefer to use a spoon for this innovative technique.

12. It is thought that globally, 13 million tons of pasta are eaten each year.

13. Italy, naturally, eat the most pasta, closely followed by the U.S.A and then, surprisingly, Russia!

14. There’s science behind the pairing of specific pasta to specific sauces. Short, hollow shapes should be paired with meaty, chunky sauces, while long, thin strands are perfect to mop up luxurious sauces.

16. Al dente pasta not only makes the pasta taste better and more enjoyable, but also keeps you fuller for longer!

17. The vast majority of dried pastas are made from just two ingredients, semolina and egg.

20. Pasta contains six of the eight essential amino acids, and when combined with meat, dairy and other protein foods can give you all the amino acids you need in one dish!

If you’re an avid pasta fan, then a trip to stay in one of our luxury villas in Sardinia could be your dream holiday! Why not take a pasta making course during your stay?