On November 11, cities, towns and villages all over Sicily will be celebrating the traditional holiday of St Martin’s Day, which marks the arrival of winter by celebrating with its superb wine harvest. The main celebrations take place in a village near Messina as well as at a monastery dedicated to him overlooking the island’s capital, Palermo. 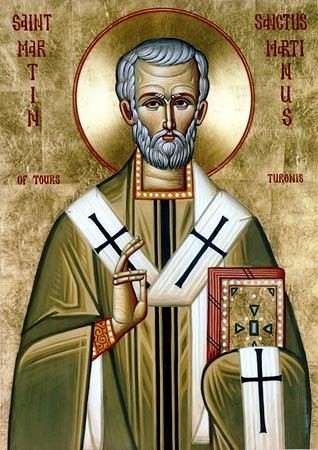 Fortified dessert wines such as Moscato, Malvasia and Passito are all enjoyed traditionally on the occasion, when these amber delights are all consumed with biscuits flavoured with anise seeds. The origins of St Martin’s day come from marking the beginning of a period of fasting – just before it began, the people would eat and drink as much as possible before the forty-day fast. Other delicacies on offer to try include roasted chestnuts, breads, sweets and meats including hams, salamis and sausages.

The celebrations also mark the end of a time of year known as St Martin’s Summer, a period of unusually warm weather which falls in Sicily between early and mid-November, which was more prominent a few centuries ago than it is today. Today, many Sicilians celebrate the arrival of the cooler weather after months of blazing heat during the summer.

St Martin himself was born in Hungary, and died on 11 November 397 in Tours, France, where he was a bishop, with the annual festival commemorating his death. He is the patron saint of horses, soldiers, tailors and wine cask makers, with the last connection being the main reason for Sicily’s yearly celebrations.

Book your Sicily villas with us today and get involved with life in Sicily this autumn – you won’t forget experiencing a piece of the real Italy!