Sicily, situated south-west of the Italian mainland, is an island boasting incredible natural beauty. Blessed with beautiful weather and incredibly fertile land, Sicily is awash with beautiful landmarks created by nature, or by man’s ingenious use of the natural world.

On the western coast of Sicily, the vast salt pans are a prime example of this fact. These magnificent locations not only provide for the island and further afield but also make for a stunning backdrop to our luxury villas in Sicily, one of the most popular destinations across the country. Discover the history of this craft on the island, as well as the best ways to see it for yourself during your trip!

The History of Sicilian Salt

Dating back as far as the reign of the Phoenicians some 2700 years ago, the ancient salt pans of western Sicily between Trapani and Marsala have played a hugely important role in the daily life of thousands of Mediterranean and European people for generations.

Along the western coast of Sicily, the production of salt reached its peak in the 1860s, with 31 salt pans producing over 100,000 tonnes per year, exported as far afield as Norway and Russia. During this period, salt was a vital method of preserving foods and demand for it was high. Today, the salt here is primarily produced for a niche market, such as the gastronomes who swear by the salt’s unique qualities. Being 100% natural and containing a higher proportion of potassium and magnesium, the flavour of Sicilian salt is enhanced and works exceptionally well with fish dishes.

How do they produce salt in Sicily?

Salt production in Sicily is particularly successful thanks to the hot summers full of sunshine and the relative lack of tide, the Mediterranean Sea rising and falling by only a few centimetres every day. In Sicily’s salt pan region, shallow pools known as saline work as the fields for salt production.

The saline closest to the sea are filled with seawater. Then, thanks to the climate and occasional winds blowing in from Africa, the water evaporates down to a brine. When this happens, the mixture is continuously thinned by pumping it into saline pools further inland. This used to be the job of windmills, many of which still stand today, but is now mainly done by industrial pumps. Eventually, a crust of salt crystals begins to form before the mixture dries completely, leaving beautiful white salt behind.

Salt harvesting season lasts from around June to September, during which workers will pile the salt high into the air, which helps with the drying process. These mounds, sometimes up to three metres high and ten metres long, are then covered in makeshift terracotta tiles to protect them from the rain. 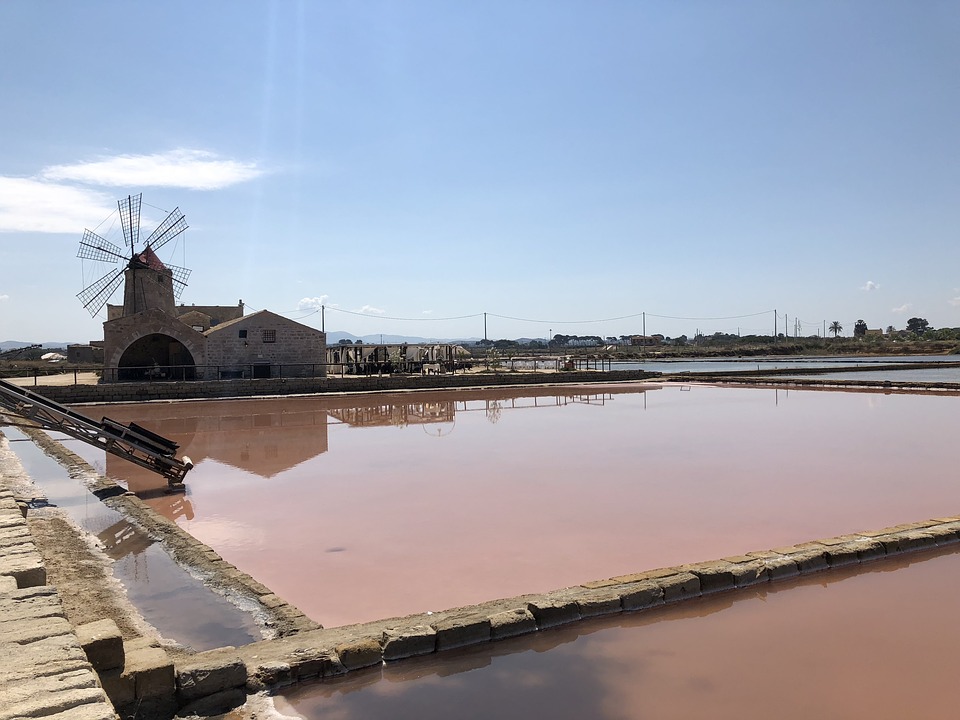 Where can I see Salt Pans in Sicily?

Stagnone, the largest lagoon in Italy, is the main area of salt production, situated just a few miles north of Marsala, and is well worth a visit. Not only is Stagnone the traditional home of salt-making but it is also a designated marine nature reserve home to a variety of wildlife as well as an archipelago of four uninhabited islands. Windmills dot the horizon at the Stagnone’s salt pans – a remnant of how salt was once produced, pumping water through the sluice gates in and out of the various basins. Beneath the road and the basins lie piles of harvested salt covered with terracotta tiles.

If you’d like to learn more about the salt pans of western Sicily while on your villa holiday, a museum dedicated to the salt industry can be found on the banks of the lagoon midway between Marsala and Trapani, telling the story of how the salt pans developed and functioned throughout the centuries. From here, you can also take a ferry over to Isola San Pantaleo, home to the fascinating Phoenician archaeological site of Mothya. Alternatively, you can simply take in the spectacular views offered as you walk along the salt pans, which are particularly dazzling at sunset. 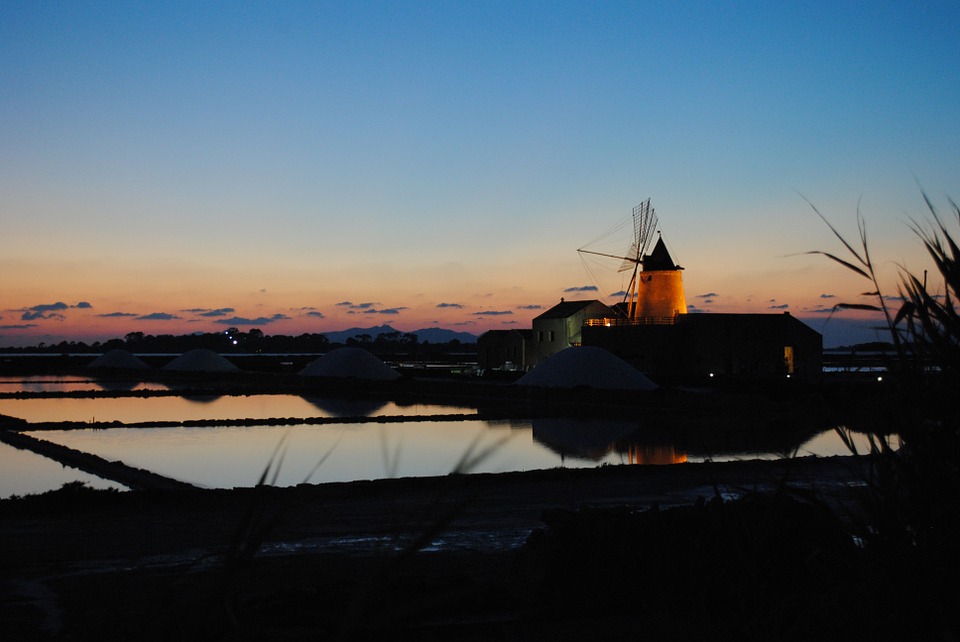 This is just one of the many highlights that await you on a trip to Sicily! If you’re interested in learning more, why not take a look at our list of hidden gems in Sicily?