The largest island in the Mediterranean Sea, the Italian island of Sicily is a wonder of natural beauty and history that attracts visitors from across the globe. Sitting to the south-west of the Italian mainland – just off the country’s ‘toe’ – Sicily is famous for its incredible beaches, fantastic weather, its active volcano and stylish cities, such as Palermo and Syracuse.

However, the incredible and unique culture in Sicily can be found in even sharper detail when you leave the popular spots behind and dig into the traditions of the land by exploring its many small towns. Take a look at our list of stunning towns you should visit on your next holiday to the region.

As you will quickly discover during your stay on this fantastic island, Sicily is an island with an extravagant history, touched by some of the great civilisations of ancient times. One of the most notable civilisations you will encounter on your journey are the Greeks, who controlled the island during the high time of Hellenic culture, and that is one of the key features of this historic town.

Agrigento from the outside looks like a simple, small city, but it hides in its borders the remains of the Greek city of Akragas. One of the great cities of Ancient Greece’s golden age, the remains of various Greek temples can still be seen alongside the old city walls. Agrigento also boasts a blend of medieval and baroque architecture of its own, providing visitors with a genuine trip through time, spanning multiple societies. 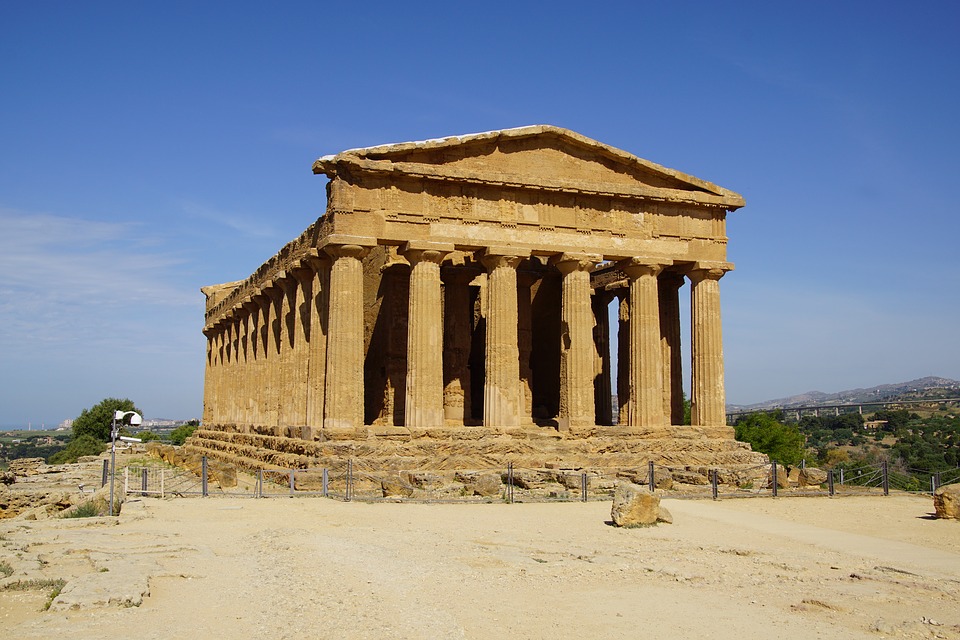 If you’re looking for a more tranquil holiday experience, then the town of Capri Leone may be perfect for you. Situated in the foothills of the Nebrodi Mountains, on the north side of the island close to the bridge connecting Sicily to Italy, this olive-rich location lacks the tourist amenities of many of Sicily’s prime locations but boasts fantastic views from a place deep in touch with its surroundings.

Ranked as one of the most scenic sea villages in the whole of Italy, Marzamemi is a rarity in Sicily in that it has not been touched by Greek history. Instead, this small hamlet near the southern tip of the island was founded by Arab civilisations and was initially known as Marsa’ al Hamen, meaning ‘harbour of the turtle doves’. Nowadays, this beautiful location is home for many fishermen and their families, while the nearby Vendicari Nature Reserve shows the region’s close ties to the natural land. 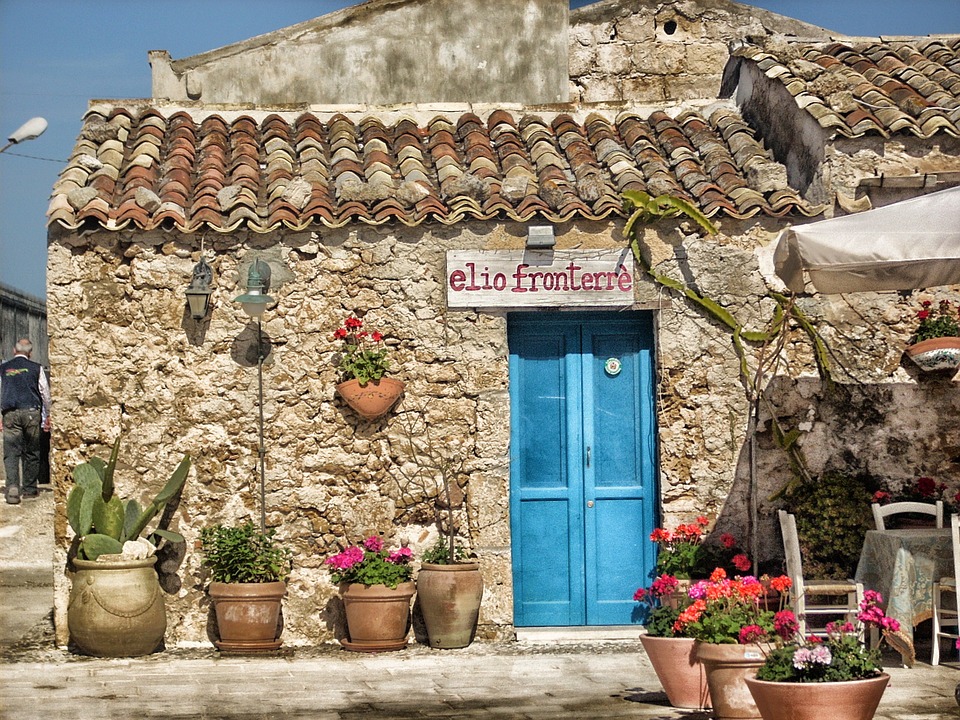 Hilltop towns are quite a common site on the rugged island of Sicily, but few catch the eye as much as Polizzi Generosa. A small, humble town in the Palermo region to the north of the island, the town is over 3,000ft above sea level on the outskirts of the vast Madonie Park. The birthplace of a certain Domenico Dolce, the area is known locally for the beans grown there – the two-colour Badda Bean – while the town’s connections to the vast natural lands surrounding it make this the perfect place for people looking for holiday villas in Sicily that are close to nature.

First inhabited by the Sicels, the original Sicilian people, this compact hilltop town has a 3000-year history and has been recognised by UNESCO for its distinct baroque style. Ragusa was originally built in two parts for the two different social classes – Superiore and Inferiore – that were separated by a ravine, however nowadays it’s the irregular, medieval style of the Ragusa Ibla, the old lower-class region, that attracts the most visitors.

A beautiful, scenic town in South-East Sicily, Ragusa is full of small, independents shops, cafés and restaurants for tourists to enjoy on a day of exploration.

Sat at the base of Mount Etna, Taormina is a coastal town heavily inspired by its Greek history. Surrounded by the beautiful green forests of the island, Taormina consists of a classical Greek city at the top – including an ancient Greek theatre with stonework dating back to the Roman age – and a modern resort town at the bottom, complete with access to beaches on the Ionian sea.

One of the most popular holiday destinations on the east coast of Sicily, Taormina has something for everyone, from the modest beach to the paths up to the summit of Mount Etna, there is plenty for you to explore around this gorgeous town. 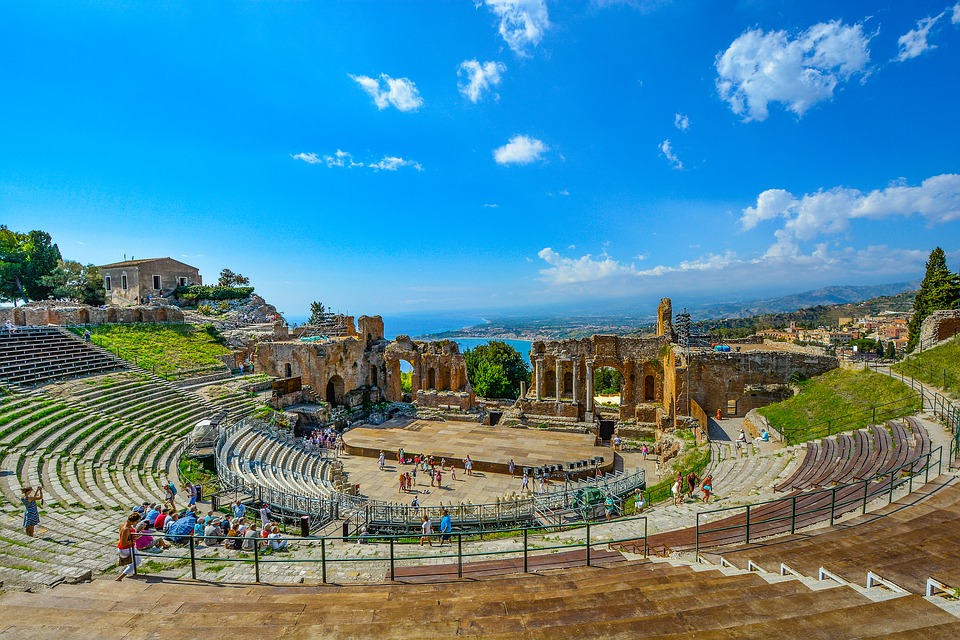 The epitome of relaxation, the spa town of Termini Imerese, just east of Palermo, is an ancient location with links to Greek myths. Famous in ancient times for the natural hot springs on which the town was first built, legend has it that the mythical hero Hercules used the springs in the old city Thermae Himerenses to get in shape.

Some of the spas in the modern town date back to the 17th Century and are the perfect way to unwind on your holiday. However, Termini Imerese also boasts a wealth of archaeological history, including the foundations of the ancient Greek Temple of Victory, while the town’s harbour is the perfect place to visit in the evening, with beautiful views of an Italian sunset.

Sicily is an island bursting with culture from a range of different civilisations, creating a collection of gorgeous towns and cities full of unique culture for you to explore. This is just a selection of the wonderful locations Sicily has to offer, and we’re sure that you will discover even more for yourself during your next stay!

Want to dive even deeper into this wonderful island? Discover our five must-visit villages in Sicily!