Born a poor man’s meal, made from chestnuts picked in the woods, castagnaccio is now a favourite not only in Tuscany but also in Italy and further afield. Castagnaccio is a kind of cake made from chestnut flour (simply ground chestnuts), said to date back to the time of the ancient Romans. As chestnut flour is fairly sweet, there is no need to add sugar, with the end result being a baked product which borders on both savoury and sweet. 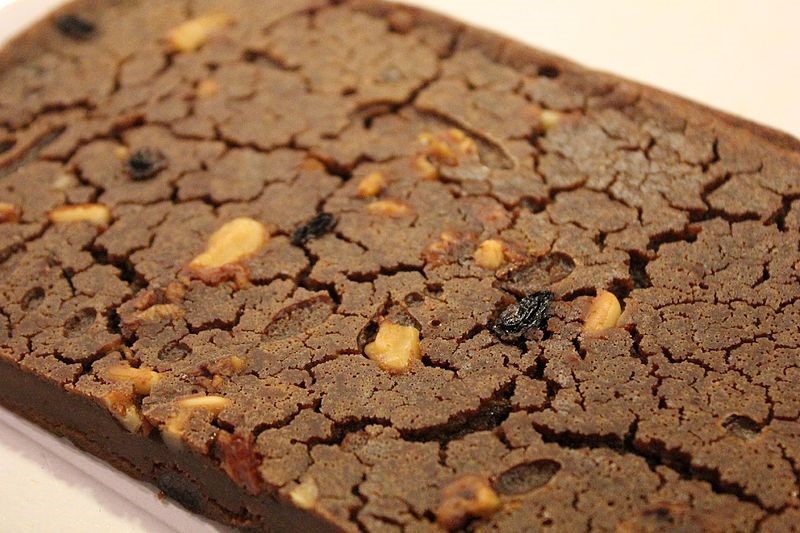 Castagnaccio is best made during the last few months of the year, as the flour is normally only prepared in October and November, when the chestnuts become available. After a little while, chestnut flour can go sour, so you may also need to add sugar if you decide to make it at other times of the year.

Below is a recipe which you can try so that you can recreate a traditional castagnaccio in your own home.

500ml chestnut flour (more may need to be added if necessary)

Sieve the flour into a bowl, before slowly adding the water, mixing as you add the water in. The mixture should be soft enough to fall from a spoon, but not too runny, so add as much water as you need to achieve this effect. Add in the olive oil, pine nuts, walnuts and raisins and mix it all in.

Oil a dish large enough for the poured-in mixture to be around 1cm thick, before pouring in the mixture. Add in the rosemary needles onto the top, though don’t mix them in – they should remain visible on the top.

Bake the castagnaccio at 200C for around 30-40 minutes. It won’t be ready until cracks begin to appear on the surface. Once it’s ready, take it out and leave to cool. You can enjoy castagnaccio either on its own or served with a teaspoon of ricotta cheese, and it should keep for 4-5 days if covered.

If you’d like to enjoy more of the Tuscan way of life, visit our website to book a stay in our Villas in Tuscany Italy, today.