Lovers of pasta rejoice, as there is now another reason to indulge in the Italian classic – a new “super-spaghetti” has been created by university researchers which could help to improve cardiovascular health. 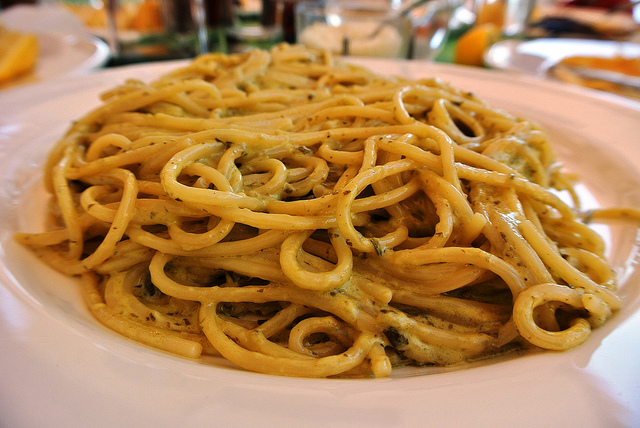 Researchers from Italy’s University of Bologna and University of Molise and Spain’s University of Granada, separated the components of the barley grain using a method known as air-classifying, which enabled them to put the pasta back together with additional nutritional properties, making it rich in fibre, protein and antioxidants. They also found that their creation was especially rich in the soluble fibre betaglucan in comparison to other spaghetti available. Lead researcher Professor Gomez Caravaca said “The amount of betaglucans present in our functional spaghetti fulfilled the requirements of the American Food and Drug Administration (FDA) in order to be able to label it as “good source of fibre” and “might lessen the risk of suffering cardiovascular diseases’”.

So far, the results have enabled two Italian companies to develop the new form of spaghetti using the air classification method, and there are hopes that spaghetti made in this way could even make their way onto the supermarket shelves.

The new super-pasta will only add to the healthiness of the Italian diet, which heavily relies on vegetables, and will make one of the world’s favourite Italian foods even more acceptable to indulge in. If you’re looking to try the real deal, however, you’ll only be able to do it in Italy, as the cuisine emphasises making the best of fresh, local produce. Begin your culinary journey in Italy today by visiting our website, where we have a host of luxury villas in Sardinia, Tuscany, Sicily, Umbria, Abruzzo and Puglia on offer.