If you’re not up-to-date on trends in European brewing, you might not be aware of the growing craft brewing scene over in Italy. Overall beer consumption remains relatively low in a country where wine dominates as the accompaniment to food, but the local brew masters are also aiming to integrate their products as part of a fine dining experience. 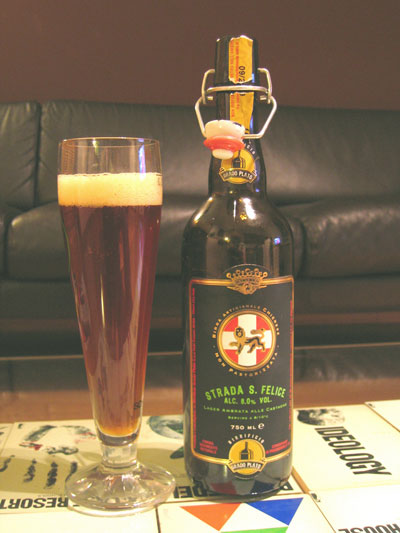 Piedmont and Lombardy in the north are perhaps not surprisingly home to many of these artisan beer makers, but there are craft beers (as opposed to generic Euro factory lagers) being made all over the country, from Sardinia to Puglia.

The Italian brewers aren’t bound by strict rules or traditions, and are free to experiment with local ingredients; like chestnuts from Piedmont, Carruba (carob) from Sicily and Chinotto (a bitter citrus fruit best known as the leading flavor in Campari). And with a nod to the vintners, brew masters sometimes age their beer in wine barrels and also add local grapes such as Cannonau.

And where might you try some of these beers if not onsite at the brewery? Try Eataly which at present has outlets in Turin and Milan. But also check out the local supermarket, and with a bit of luck you’ll probably find ‘something special’ other than the ubiquitous Peroni or Moretti to accompany your pizza.