5 Places to Visit in Tuscany If You Love History

Tuscany has been attracting visitors for years with its breath-taking landscapes but Tuscany has more to offer than just this. The region is seeping in history and culture, making it the perfect place to visit for any traveller. With several villas in Tuscany as a great base to take day trips Tuscany will not disappoint. Here’s a list of our top 5 historical places to visit on your trip to Tuscany. 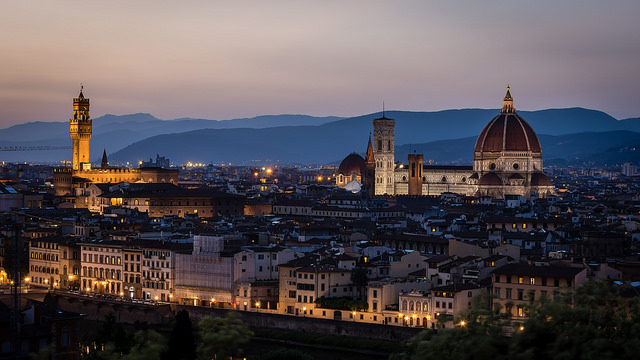 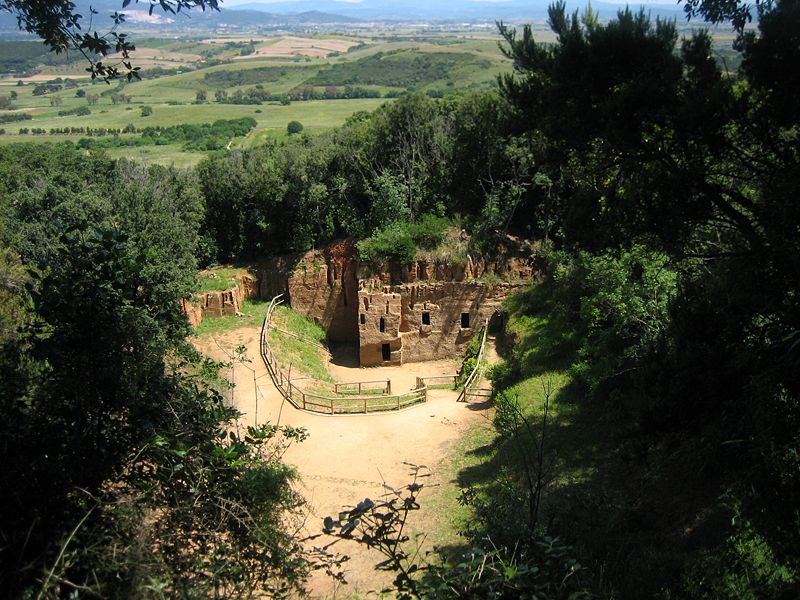 Populonia is a beautiful coastal village that boasts picturesque views across the sea. The historical sites were the home of the Etruscans and has special significance to Tuscany as the ‘city of the Etruscans’. Etruscans populated Italy, specifically areas of Tuscany and Umbria, from 700 BC up until the Roman age, when the civilisation was ‘absorbed’ into the Roman civilisation that ruled over them after losing in the Roman-Etruscan wars.  The Etruscans were known for their unique and distinguishable language, but also for their architecture. This ancient port has a stunning necropolis that is carved into the cliff-side. Take gorgeous walks through Populonia to take in all the historical sites this village has to offer, like the fascinating freestanding tombs. Be sure to check opening times to avoid disappointment.

Cosa is Tuscany’s hidden gem for history lovers. The peaceful hills of Cosa showcase uncompromised and panoramic views from the coast to the Argentario Peninsula. The Romans made the Etruscan craftsmen build the town and its layout gives you a glimpse into the daily life of the Romans. The perimeter wall is still intact and is an impressive structure, and so are the remains of an elegant Roman villa positioned next to a quant archaeological museum. The walls of a medieval castle, built by Aldobrandschis in 1269, still stand as well as the prison pits that you can explore. We recommend taking a picnic with you so you can enjoy the unspoilt views. 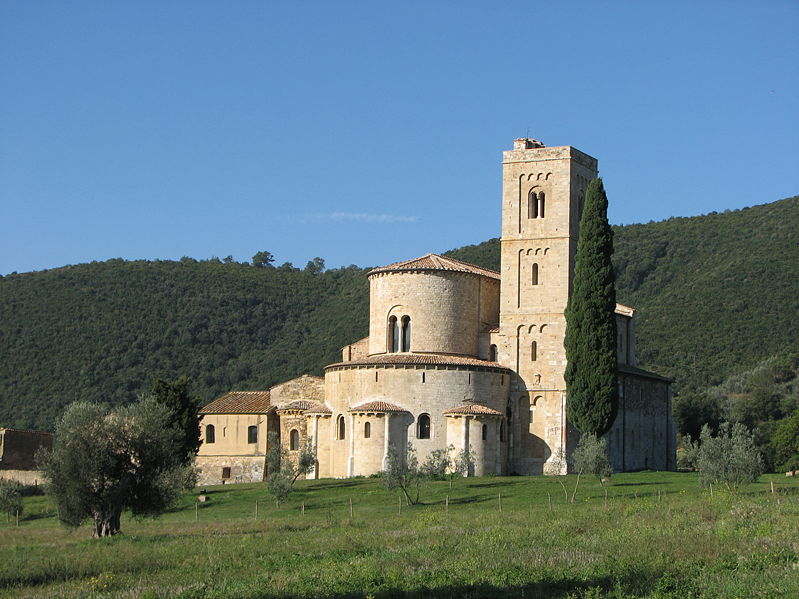 If you are fascinated by medieval history, the Abbazia di Sant’Antimo may be the historical site to visit. The abbey, which is still in use today by monks who perform daily mass with Gregorian chants, gives a glimpse into what Tuscany was like in the past.

The abbey was built with white travertine and alabaster and is a stark contrast to the green hills above it. The abbey played an important role in history, becoming an imperial abbey of the Holy Roman Empire.

Once you’ve taken in the fantastic structure and soaked in the atmosphere, visit the hill town of Castelnuovo dell’Abate that sits above the abbey. The town hasn’t really changed much in hundreds of years, which will you give you a good sense of what medieval Tuscany was like. 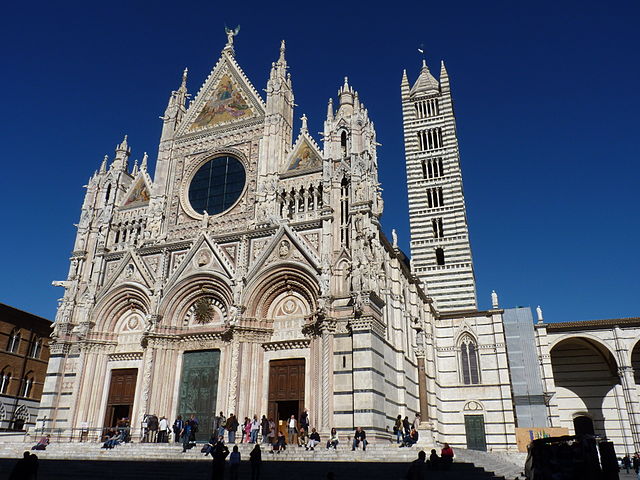 The medieval structure the Duomo of Siena dramatically contrasts the Abbey of Sant’Antimo. The Duomo of Siena began its construction in the twelfth century. For architecture lovers this historical site is a dream come true, with its array of beautiful arches, columns, spires, gargoyles and saints- topped with the alternating strips of green and pink marble, with stunning mosaics and gold added for good measure! The interior is carved, frescoed and gilded within an inch of its life, making it a magnificent spectacle for all that go inside. The dazzling structure competes with rival Florence in a display of wealth. 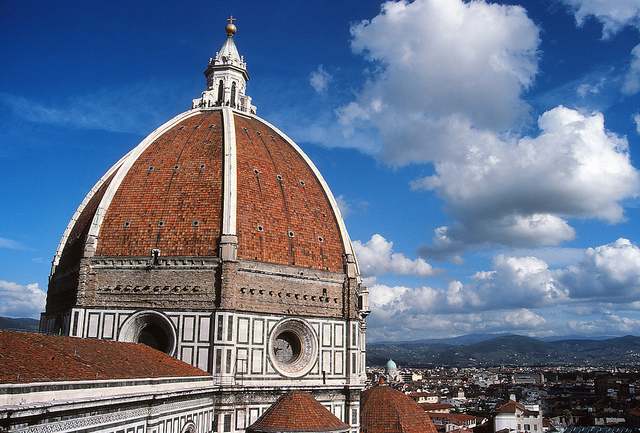 Arguably Florence cannot be rivalled in its Tuscany architecture and history. From the Brunelleschi dome, built in 1420, to the Church of San Lorenzo. The town is reflective of the Renaissance period, and this can be seen in almost everything you see in Florence. However this started on a smaller scale than some may think, beginning with the Coronati sculpture created by the artist Nanni.

One of the main historical attractions of Florence is the Ponte Vecchio, one of the most famous bridges in the world. The Florentines are monumentally proud of this attraction, especially as it was the only bridge not to be destroyed during World War II. The bridge was once the area where butchers would showcase their offerings, but the bridge has now got a more glamourous purpose with expensive jewellery and trinkets on show. This contrast of history and modern luxury is a fascinating combination.

One place you must visit on your trip to Florence is the Bargello, which was once a palace and then a prison and barracks. It is the oldest public building still standing in Florence and is now home to an extensive art collection.  You will find the works of Michelangelo and Donatello in the display.

What historical sites will you be visiting on your trip to Tuscany?