The Giro d’Italia is an iconic bike race that is now celebrating its 100th edition. Translating in English to ‘Tour of Italy’, the Giro d’Italia is a multi-stage annual bike race, which is located mainly in Italy but also passes through other nearby countries along the set path. The first race was held in 1909 and has taken place every year since – bar the years in which the two World Wars took place. The race has changed over time, becoming more and more prestigious, longer in length and has had a significant influx in the number of participants from all over the world. 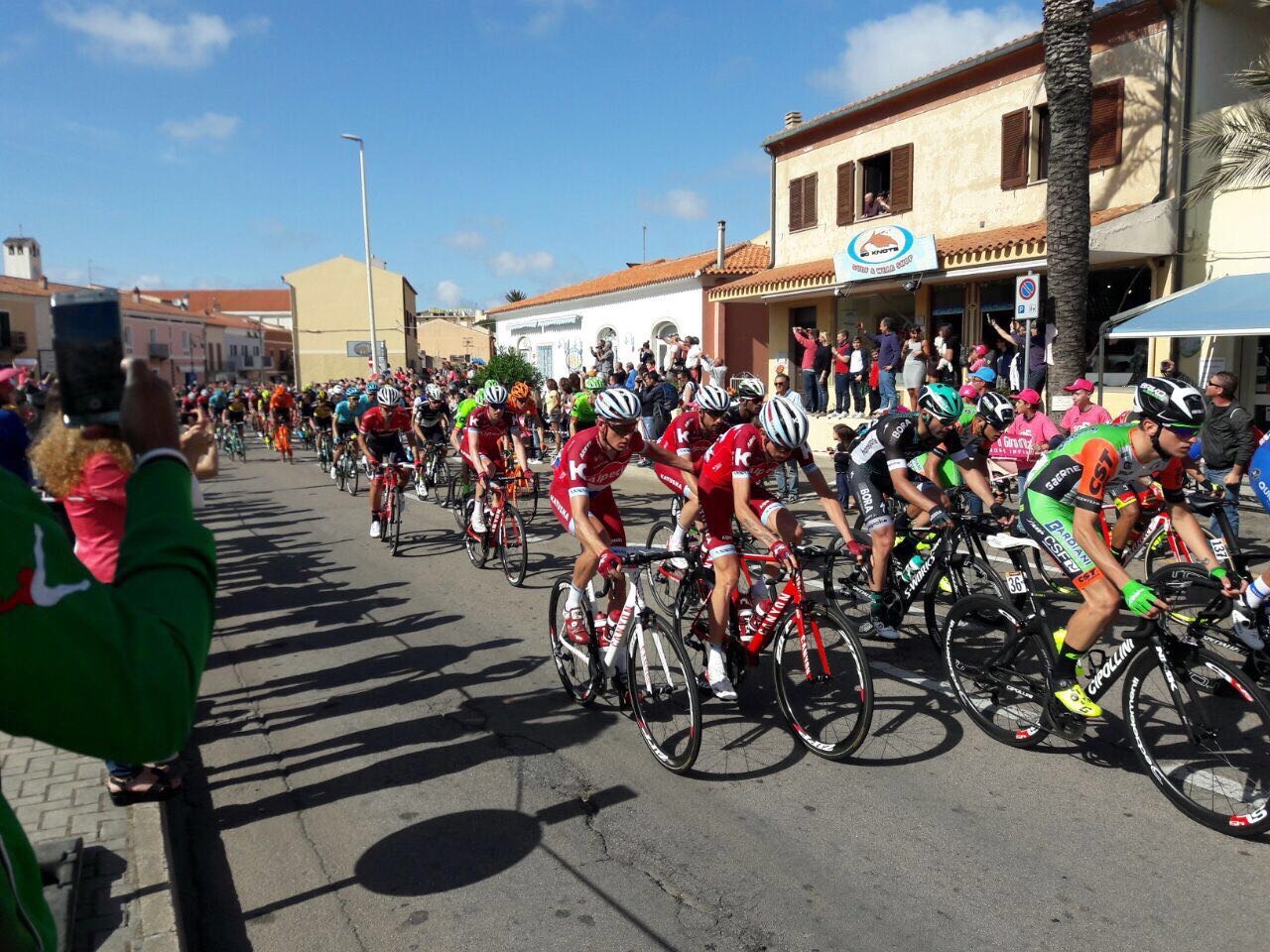 Similar in style to the Tour de France, the Giro d’Italia is run over the course of 3-weeks (21 days), with an additional two days in between for rest, bringing the event to a total of 23 days. Each day brings a different stage of the course with a designated start and end location. Take a look at our infographic below to find out where the teams are currently cycling:

Each location is met with a cheering crowd and an abundance of celebrating locals that have gone all out to welcome the riders and offer their best wishes. It really is a true honour to be a part of such a historic sporting event! 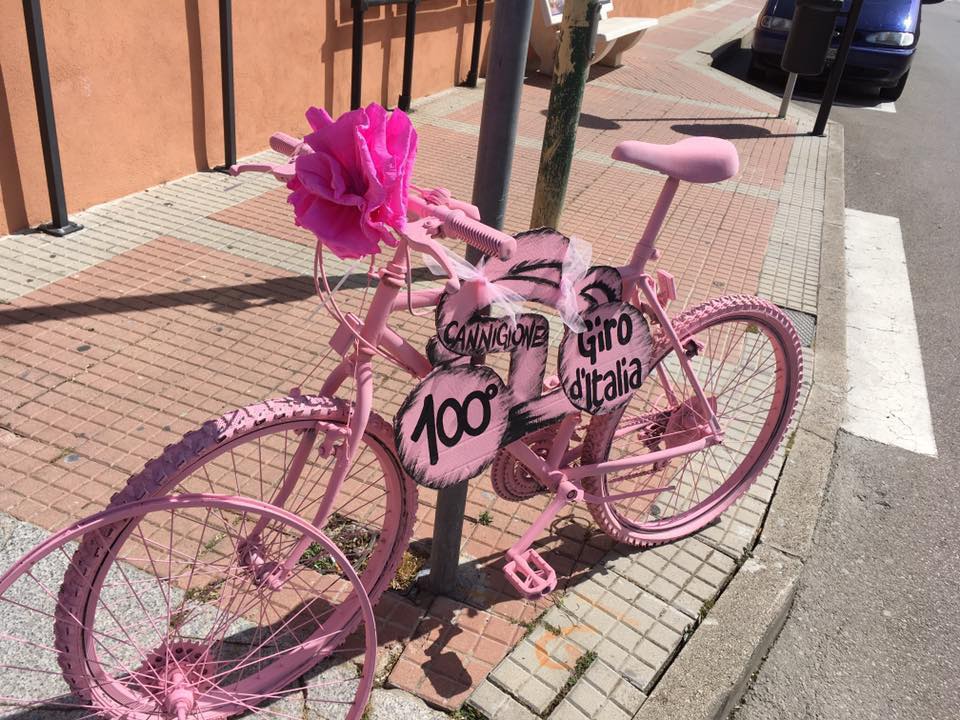 Within the Giro d’Italia, you will see participants dressed in one of the four coloured jerseys, each of these represent a prestigious title and are awarded at each stage. The ceremony at the end of the stage sees the winners presented with their according jerseys for the race of the following day. The jerseys are as follows:

This is the oldest jersey in the race, and the most prestigious of them all. This is awarded to the leader of the race at the end of each stage, the rider with the lowest aggregate time.

This is the second oldest jersey in the race. This is awarded to the rider who gains the most points during the mountain stages of the race. After each climb, points will be awarded to those who reach the top first, and at the end of each stage, these points are added up to determine the winner of the climber’s jersey.

The purple jersey was first introduced in 1966 (although it hasn’t always been purple or ‘ciclamino’, it used to be red). This is awarded to the rider who starts the stage with the largest amount of accumulative points gained throughout the previous stages.

The white jersey is limited to only those under the age of 25. This is awarded at each stage to the young rider with the lowest aggregate time. 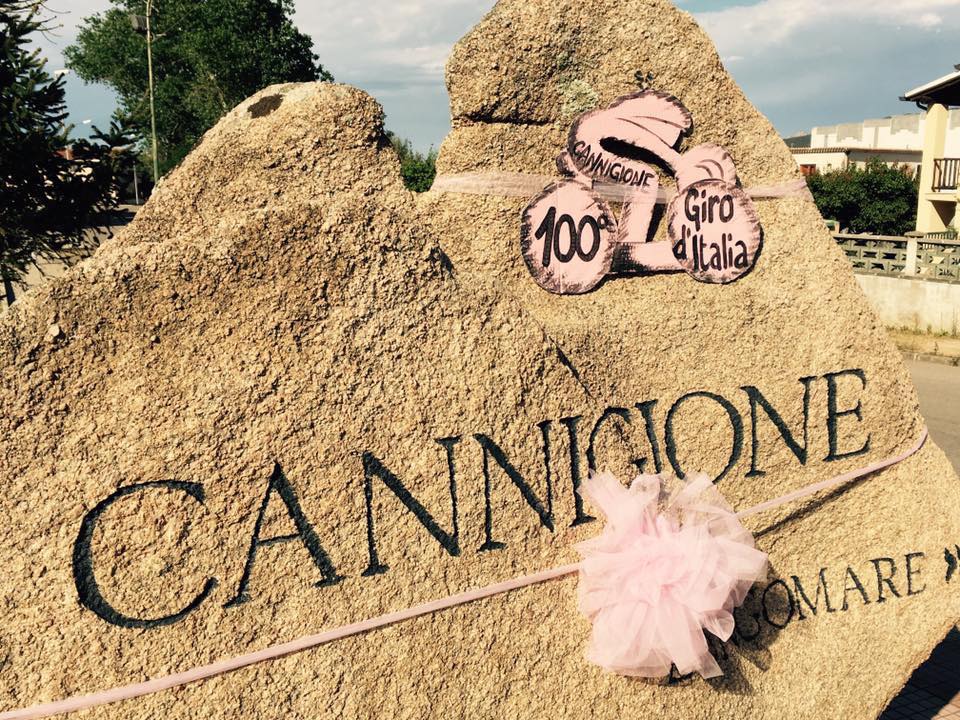 The Giro d’Italia was first created in 1909 to boost sales for a local magazine called La Gazzetta dello Sport which sported a pink hue that is familiar today.
The first ever Giro d’Italia was 2,448km in length, split into eight separate stages and just 49 riders finished out of the 129 who began.
The Giro does not always begin or end in Italy. This year, however, the race began in Alghero, Sardinia.
In 2017, the route is a total of 3,615km at an average of 171km completed per day.
The youngest ever winner of the Giro d’Italia was just 20 years old, named Fausto Coppi.
The first person to ever win the Giro d’Italia in 1909 was Luigi Ganna.
Stage 10 passes by one of our newest villas in Umbria, Casale Condotti. 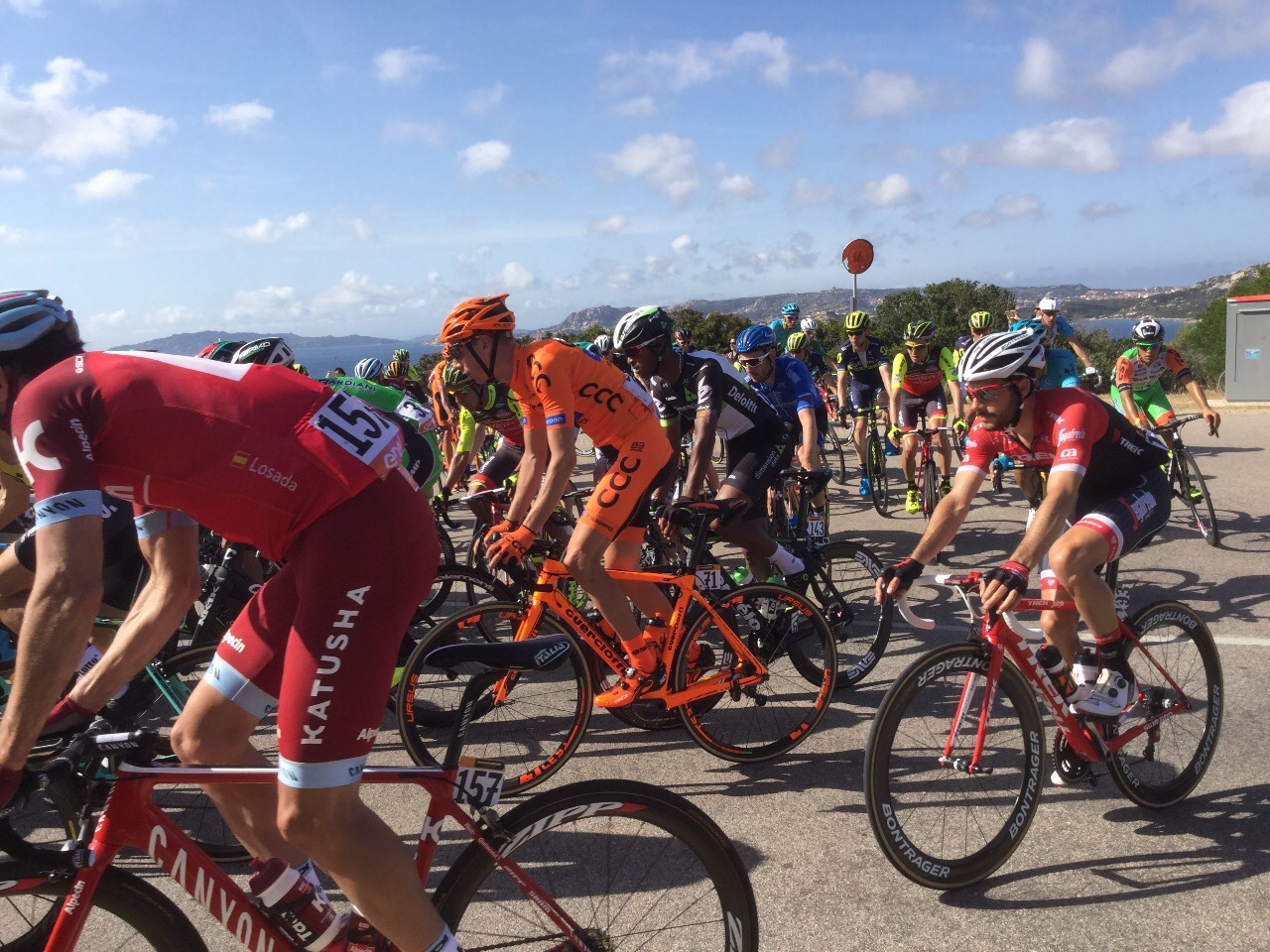 Be sure to follow this incredible Italian event as it unfolds; each stage brings a new day of excitement, beauty and true spirit. If you are in Italy over the next few weeks, why not see if you can catch a glimpse of the Giro d’Italia? We can assure you that it will be an amazing experience that you will not forget anytime soon. One of our team members, Sarah, has shared with us some photographs from the first day of the race so that you too can be in on the action.

Please include attribution to https://www.essentialitaly.co.uk with this graphic.