A guide to the beautiful island, Sardinia

Sardinia is the second-largest island in the Mediterranean after Sicily. It only takes four-five hours to drive from the North to the South and two-three hours to drive West to East; this allows you to see a vast amount of the islands gems in a small amount of time. Sardinia is best explored by car as the public transport is limited and the sites you will want to see are quite far away from one another. Although if you just want to spend your holiday on a beach, you won’t need to travel far, as the island is surrounded by stunning white sands and turquoise sea, you could pick a different beach every day of your holiday and have not seen them all. Access to the island is fantastic, with three international airports and a ferry which runs several times a day from the mainland, Italy. 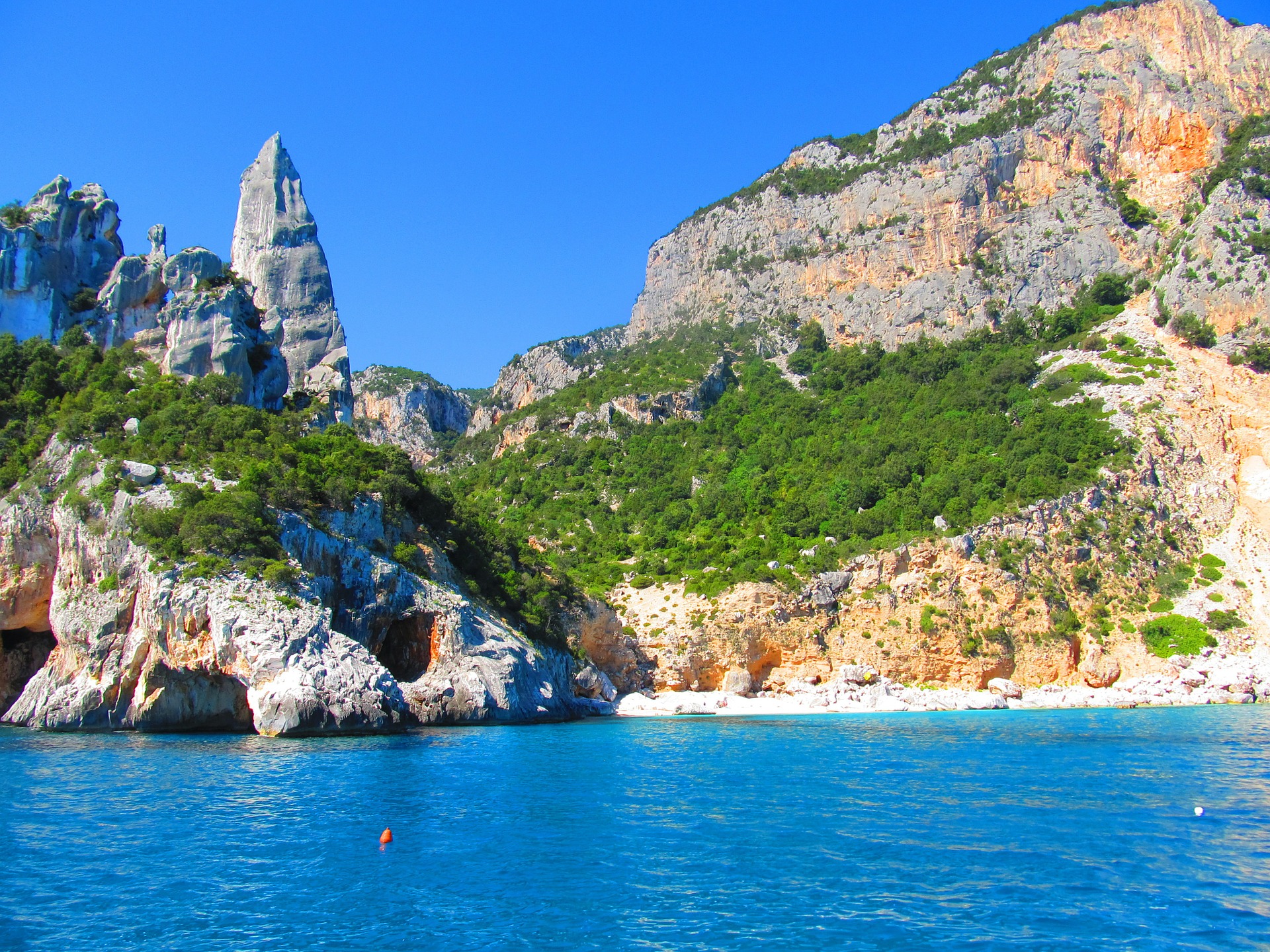 Take a guided tour of the fascinating geological formations within Neptune’s Cave. You can either get to the caves by boat with a guided tour or take the Escale del Cabirol steps. The steps were built into the rock face in 1954, they have a very uneven surface and drop 110 metres to the cave entrance very quickly, so make sure you have suitable footwear if you decide to take this route. The caves have a range of tunnels and underground lakes which cover over 2,500 metres! You won’t be able to view the whole expanse on your visit, but you will be able to see the amazing stalagmites which are the ice shaped formations created from calcium deposits and water drops over thousands of years.

The Arcipelago di La Maddalena is a beautiful National Park, located on one of the small groups of islands just off Sardinia. The island is a protected to preserve the rare plants that grow and the animals that nest there. There are certain areas of the island that the public do not have access to, such as the Budelli which is sometimes referred to as Pink Beach, it takes its name from the pinky colour of the sand, you can still view it from the hilltop and it is worth visiting to see the astonishing and unusual colours. The outstanding scenery and unspoilt terrain is home to a large amount of marine and migratory birds, including shags, yellow-legged gulls and sandwich terns.

The Giants Grave, which is also known as the Tombs of Giants, were built during the Bronze Age for a public burial site. They are not named ‘giant’ because of the size of the people buried there, but because of the sheer size of the stones used. There have been over 300 of these graves found in Sardinia with two main themes of the structure. One is the ‘slab,’ the stones are placed under the ground, standing upright and side by side, a lot of the time in a half moon shape. The other is the ‘block’ formation, large rectangular and square blocks placed on top of one another to form the tomb.

The remarkable Bronze Age buildings found on Sardinia exist nowhere else in the world, they are a recognised UNESCO World Heritage site and are still today, a fascination to archaeologists and tourists. The structures take a tower form, they are usually built on higher ground, and there have been over 5000 of them found. There are guided tours you can take around Sardinia to see the most impressive remains with factual and informative guides to teach you about the history.

The San Simplicio Olbia was built in the 11th century and was originally a central cemetery site within a medieval city. As it stands today, it is one of the most historical churches in Olbia; it isn’t lavishly decorated with gold leaf or intricate carvings, it is understated and humble but well worth a visit. The building is entirely made of granite and with free entry, there really is no reason not to check it out.

Our Sardinia Villas are the perfect base for you on your exploration of the stunning island. Sardinia will become a favourite place to visit for all the family. With white washed villages, beautiful beaches, medieval sites and authentic Italian food, it makes for the perfect holiday destination.