Last week, celebrations for a former Florence native and one of the most beloved artists of all time, Michelangelo Buonarroti, took place in the first ever Michelangiolesca festival. 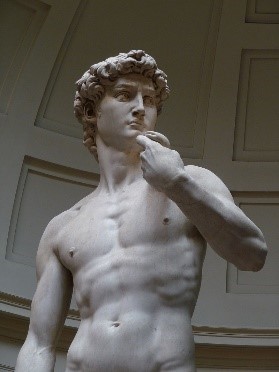 Between July 14-19, Piazza San Lorenzo came to life with all manner of events and concerts celebrating the life and works of the great artist.

The centrepiece for the festival was a gigantic five-metre high marble block, titled Il Gigante, situated in the Piazza del Signoria. Symbolising the work that went into Michelangelo’s great masterpiece, David, the block is the same size as the one which Michelangelo used when creating his sculpture, with the hand of David sculpted out of the block.

Curated by art historian Sergio Risaliti, other festivities that took place included a street parade, featuring an ox wagon and calico storico players, choir performances, and round table discussions. Throughout the evenings video projections were displayed on the façade of the church until late in the night. These animated projections, created by ARTMEDIA Studio, are a mockup of what San Lorenzo may have looked like had Michelangelo finished the project, which was commissioned by Pope Leo X.

The Michelangiolesca festival is just one of the ways that visitors can indulge themselves in the rich arts and culture scene offered by Italian holidays, with Tuscany especially having a number of special events, galleries and exhibitions celebrating its art history as well current artworks which pave the way for the future of the area’s culture.