If you’re planning a trip to Florence soon, you might want to spend a few days taking in some slightly different sites to what you may expect. Tuscany is a hotspot for architecture, and where better to spend a couple of days revelling in the spectacular structures than Florence? If you’re thinking about booking a trip soon, why not have a look at our range of Tuscany family holidays? The cultural experience that you and your family will gain will be worthwhile, and seeing the structures, in reality, is a really special experience! Take a look at our top five places you have to visit below. 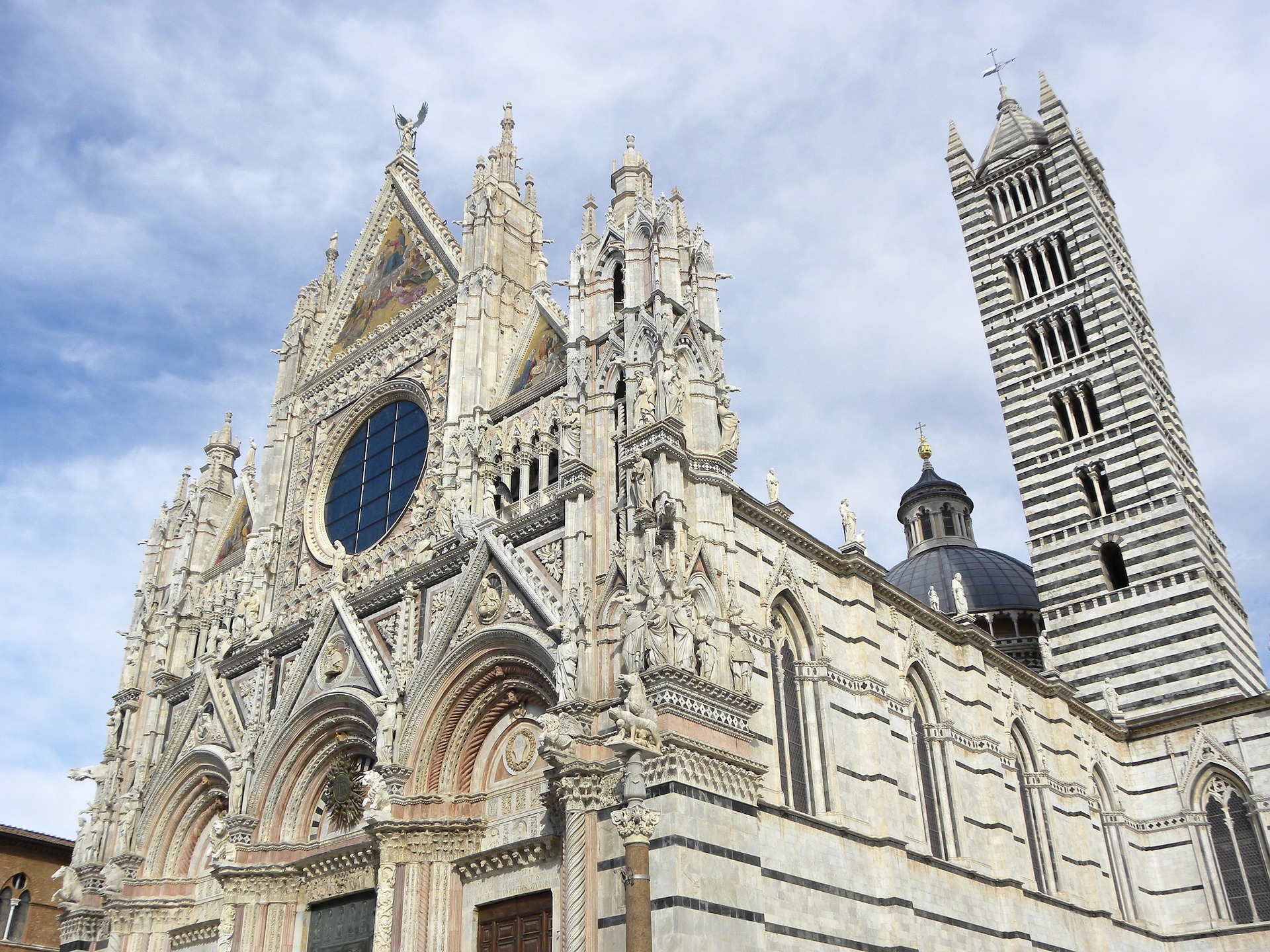 The Cattedrale di Santa Maria del Fiore, otherwise known as the Cathedral of Saint Mary of the Flower, is the third largest church in the world. In addition to this, though, Florence’s cathedral is also one of the most magnificent pieces of architecture in the city. Standing 90 metres tall, the structure towers above the city of Florence and has been an important part of the city’s skyline since its completion in the 15th century.

The cathedral is based on a design by Arnolfo di Cambio and was built by Filippo Brunelleschi. With the building originally taking place in 1418, additions, such as the balcony, were added in at later dates. The eight sides of the dome were built without scaffolding, and if you look closely you can see that only one of the eight sides has been completed. This is due to the opinion of Michelangelo, who believed that the building looked like a cricket cage.

Inside, you can climb the 463 steps up to the top of the cathedral to witness incredible panoramic views of Florence, as well as have the ability to view the beautiful Last Judgement that was designed by Giorgio Vasari.

Perhaps one of the finest examples of Renaissance architecture, the Bascilia of Santa Maria Novella, is not to be missed! The breathtaking design of the church is one of the most influential pieces of Gothic architecture and combines the craftsmanship of several talented artists.

Externally, you can admire the white and green marble creation, designed by Leon Battista Alberti and completed in 1470. However, the original building was built almost 200 years earlier. Alberti’s external façade beautifully complements the preexisting structure and works in harmony with the shape of the building.

Taking a look inside the Gothic church, you’re welcomed by the works of Masaccio. Masaccio was amongst the first people during the Renaissance to incorporate work from Brunelleschi into his work, and this can be seen whilst admitting The Holy Trinity. There are lots of other pieces of artwork inside the Bascilia of Santa Maria Novella, so why not make this one of the places to visit on your next trip?

When planning your trip to Italy and begin to start compiling together a list of architectural delights that you want to see, you’ll most likely want to have a piece of Michelangelo’s work; Basilica of San Lorenzo is the answer to your prayers, but not for the reasons you may think.

The Bascilia of San Lorenzo is another one of the largest architectural structures in Florence and is situated in the centre of the city. The basilica is the burial place of all the principal members of the Medici family and, from the outside, doesn’t appear to be anything special.

The rough exterior appears to be unfinished, and that is because it is. Michelangelo had originally drawn up plans for the outside, but due to a disagreement over the materials that could be used for the outside, the plans were never executed.

Next on the list of must-see places in Florence is the Pitti Palace, also known as Palazzo Pitti. The structure was built as a way of competing against the Medici family, as there was a rivalry between the two. Despite this, the palazzo actually ended up in the hands of the Medici after the build financially ruined the Pitti’s. However, today, it is still one of the most impressive residences that you can find in the city.

The vast palace sits on the south side of the River Arno and has been situated there since its completion in the 15th century. It is thought that the private residence was designed by Brunelleschi, but due to a lack of historical evidence, this has never been concretely confirmed.

It is worth a visit though, just to take in the sheer size and grandeur. The Renaissance architecture is apparent here too, and visitors can step inside to gain a better perspective as to how lavish the building is. The Pitti Palace also is home to several museums, so you can be sure to get a full day out of visiting this extravagant residence.

The resting place of Michelangelo is just as grand as you would have thought it to be. One of the key figures of the Renaissance period, Michelangelo was involved in the designing process of some of Italy’s most iconic buildings, including the Sistine Chapel and St. Peter’s Basilica. However, after his death in 1564, it was the Basilica of Santa Croce that housed his body.

The Basilica of Santa Croce is worth seeing for more reasons than that, though. The building is the largest Franciscan church in the world and was designed by Arnolfo di Cambio. Completed in 1385, the church is built in a similar style to others on our list, as it has many Gothic influences. However, it wasn’t until a later date that the façade was designed and given its neo-Gothic design in white, pink and green marble.

The exterior, designed by Nicolò Matas, wasn’t hugely popular with visitors, although you can make up your own decision on what you think. In relation to the interior, the Basilica has some extraordinary artwork that is sure to mesmerise you, so take your time and bask in the glory of the altar.