The beautiful piazzas you should visit on your holiday

Piazzas, typically known as squares in the UK, are the heart of any Italian town and city. When you visit the beautiful country on your Italian holidays you must not forget to visit the magnificent heart of the place you’re visiting! 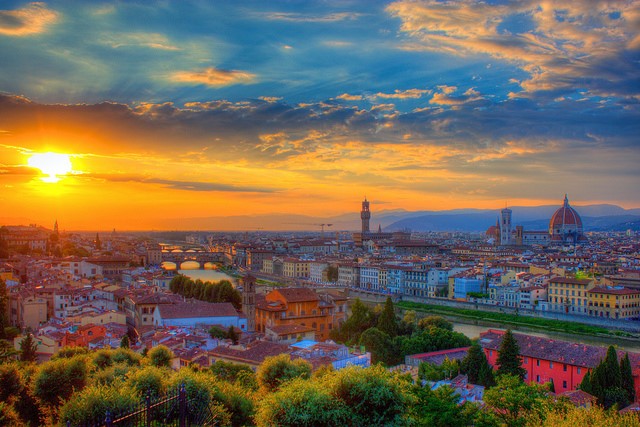 What connects all Italian piazzas is the fact these squares have a civic and symbolic significance to the Italians, and they are usually the home to important buildings. Piazzas have a long, established history within Italy. They were first established by the ancient Romans during the process of building roads in a grid system, where the intersect of the roads were considered a prime location to contain a temple. Throughout the 4th and 5th centuries the temples were replaced with churches as Christianity spread throughout the country. The piazzas became the safe place where civilians would gather to defend against attacks. They also became the backdrop of hangings, duels and battles. On a lighter note, the piazzas were also the setting of many celebrations, hosting many weddings, baptisms, festivals, fireworks and markets. The Italian piazzas are celebrated today, as much as ever, as the centre of the towns and cities in Italy. Here are some of our favourites. 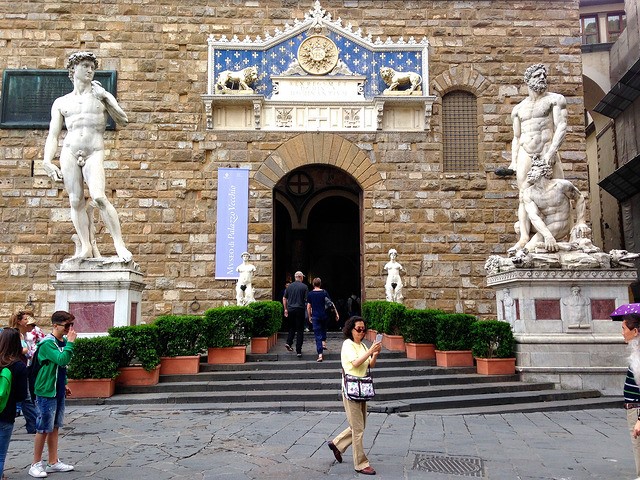 The piazzas had many functions in medieval cities, serving as a political centre and religious base. This is particularly true in the case of the Piazza delle Signoria in Florence, which was the political centre of not only the city but the whole Italian Renaissance. Standing in the heart of this centre you can’t help but feel an overwhelming sense of awe at the architecture present in this square. The piazza is home to the grand town hall named the Palazzo Vecchio, an oddly shaped building that is unlike any other public space in Italy; it was the seat of power for the Medicis, a banking family that were patrons for some of the most influential minds of the Renaissance movement including Michelangelo, Vasari and Brunelleschi.

The piazza is also home to many impressive sculptures, located in the Loggia dei Lanzi gallery, that include replicas of Michelangelo’s David, a bronze piece by Cellini and a mysterious ancient lion sculpture whose origins are still unknown. 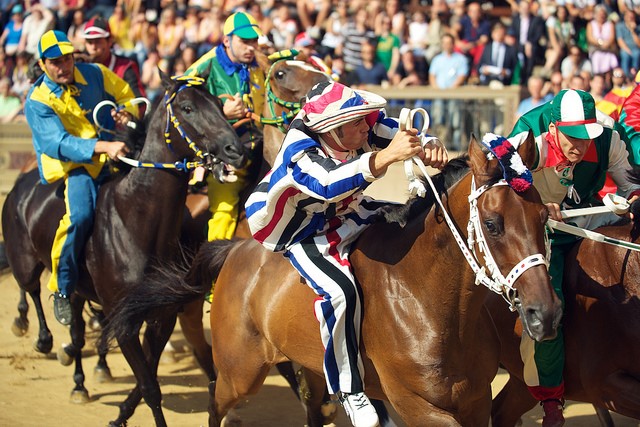 The beauty of this piazza is due to its unique, and untypical, fan shape that is down to the surrounding houses that face each other; this was more than likely a safety procedure from potential attacks on the city. It’s not surprising the civilians of Siena decided to build this piazza this way as it was created during a time of several invasions after the decline of the Roman Empire in the 5th century. What makes this piazza so special is the renowned Palio horse race that is held in the plaza twice a year, where many neighbourhoods in Siena race against each other on a track that runs along the outside of the piazza. This is one of the most exciting, cultural events in Italy and the best way to see the piazza come to life, which normally feels like a hidden gem of the city. For the best view go to the top of the Torre del Mangia for a spectacular view over the interesting design of the piazza below you. 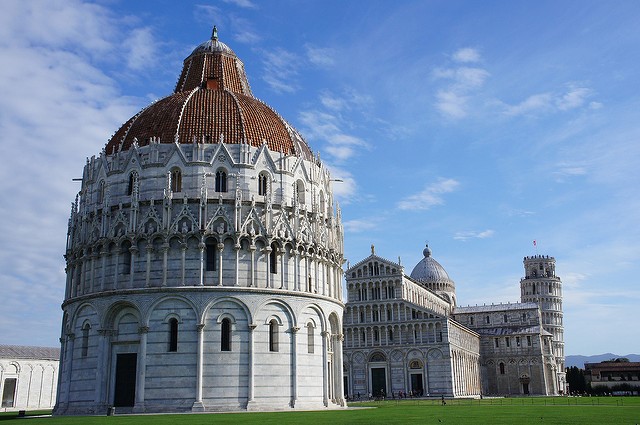 This piazza is less traditional than the others mentioned on this list, due to its contrast of the paving and grass. This piazza almost feels like a large private garden with grand features like Pisa’s cathedral, the monumental cemetery and the more familiar leaning tower, which took a staggering 177 years to finish. The tower was not built with the intention to lean; it only began to lean 5 years into its construction because the subsoil began to sink, but this wasn’t considered a serious problem to stop building the tower. The leaning tower has now been a UNESCO site since 1987, attracting many visitors to the piazza. 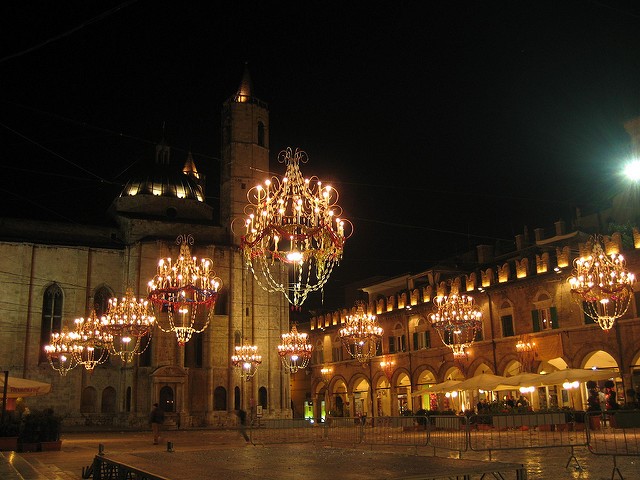 Hidden away from most tourist routes the mid-sized town of Ascoli Piceno, in the region of Le Marche, is keeping a beautiful secret. The Piazza del Popolo, the ‘Square of the People’, is one of the most striking piazzas in the whole of Italy. Renowned amongst the Italians for its links to the Renaissance period and the elegant travertine paving, it’s a beautiful place that is so inviting to anyone that visits it. The travertine, a type of limestone, is found in the mountains in the surrounding areas and is a material that has been used in many architectural works around Italy- one you may be familiar with is the Colosseum. 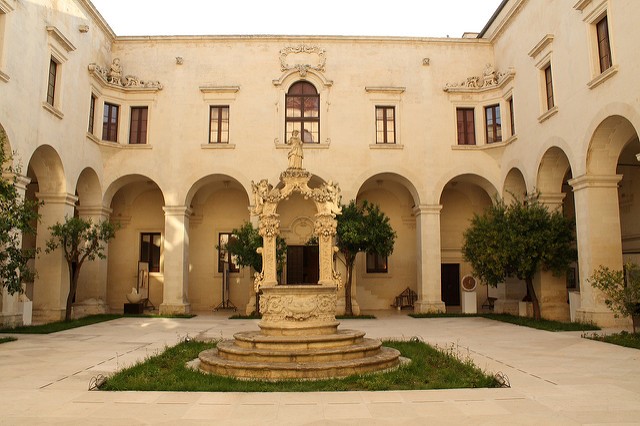 Lecce is definitely one to visit for travellers who admire beautiful architecture, as nearly every crevice is carved with grand saints or mythological beasts that illustrate the craftsmanship of Italian stone carvers. These mystical sculptures have all been cut from the locally sourced golden limestone that gives the city a unique look and texture that is utterly breath-taking. Unlike many piazzas that are distinctively open the Piazza del Duomo feels somewhat intimate, being an enclosed piazza with only one entrance. This was probably down to the fact the piazza was once a courtyard with grand doors that were closed at night. To get the best view of this piazza head down at sundown to witness the glow of the limestone in the light of setting sun.