The alternative Florence attractions you need to visit

With countless guides and features out there about everything to see and do in Florence, you are probably aware of all the great and wonderful attractions this beautiful Tuscan city can offer you.  From the Duomo cathedral to the works of Michael Angelo, people who step into this culturally rich city inevitably fall in love. It is therefore no surprise that tourists come back, time and time again. If you are heading out to your villas in Tuscany, you probably already have a pretty clear idea of what attractions you want to see and activities you want to do. However, there is a hidden side of Florence to discover for those wanting to walk off the beaten track, to explore the hidden wonders and experience a completely new side of the city. 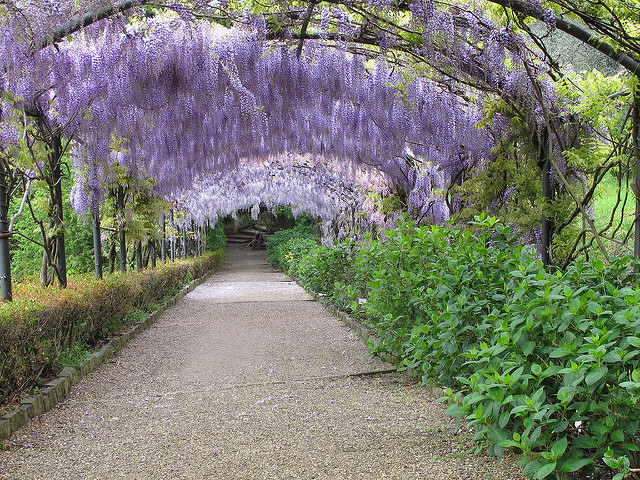 Florence, renowned for grand architecture, can also provide solitude away from the ubiquity of stone walls. Venture under the arch of purple flowers and marvel in the beauty of the natural world at the Bardini Gardens. The gardens were first designed and made in the medieval times, and lovingly restored by Italian art collector Stefano Bardini in the early 1900s.  Whilst the Boboli Gardens are more known than this recently opened space, these gardens can offer you a much more intimate and tranquil experience, away from the crowds. 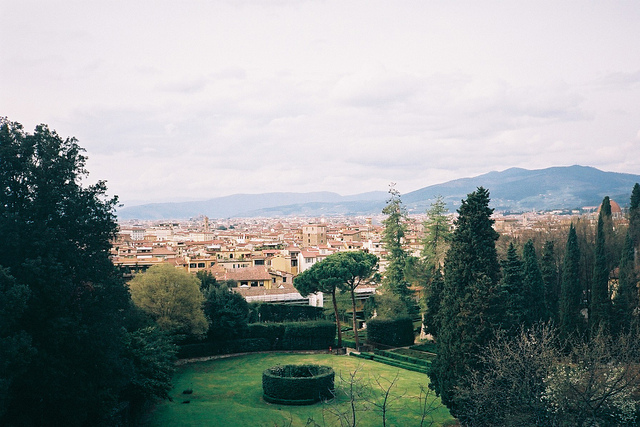 The garden features are a continued surprise on your first visit, with tiny grottos, little nooks, dashes of colour and panoramic views across the city. As well as the wildlife that find the garden a haven away from the busy streets of Florence. If you’re looking for inspiration, or uninterrupted peace to gather your thoughts, this garden will surely offer you this in the bucket loads. Head up to the historic Kaffeehaus at the top of the garden for a light refreshment after your day of wandering.

If you plan to visit, access can be gained by the Via de’Bardi, located opposite the Museo Bardini, in the Oltarno district. The gardens will exit onto the Costa di San Giorgio where the Forte di Belevedere, Florence’s second largest fortress, is within walking distance. Or if you’re still in need of a nature fix, walk over to the Boboli Gardens to see the grandness of this renowned attraction. 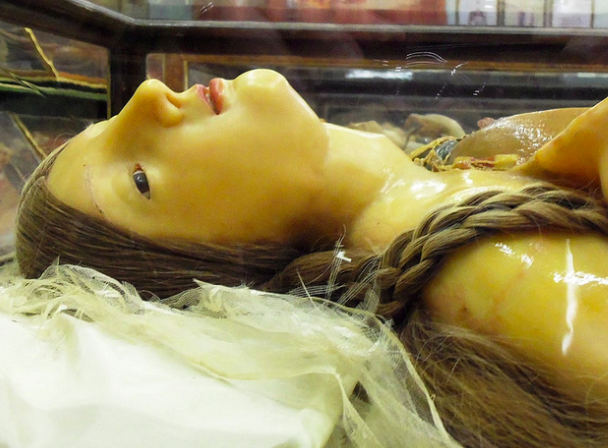 For as much as the wax models of Madamme Tussauds are loved and known the world over, another of the world’s largest wax collections goes somewhat unnoticed in the streets of Florence. A quiet attraction, but no less spectacular, the wax anatomical works in the Museum of Natural History (known as the La Specola) is a must-visit for any traveller wanting to take a glimpse into the weirdly wonderful quirks of the past.

The models are spookily realistic in their depiction, making a great tour for anyone that loves the peculiar. Waxes that are of particular interest to the public include the naked female waxes, who are romantically draped inside linen-lined, glass boxes, which could be comparable to something you would see in a renaissance painting, and are known by their nicknames – the ‘Venuses’. However, these scenes differ wildly from something you would expect to see from any romanticised representation, with these waxworks exposing their insides from their open rib cages.

The models were created by Clemente Susini and his team. Born in 1754, Susini was an Italian sculptor who studied sculpture at the Royal Gallery in Florence. After Felice Fontana asked Leopold, who was the Grand Duke of Tuscany, to donate money towards the workshop to help produce waxworks that would be teaching aids for new doctors, Susini joined the team in 1773 and was appointed as the chief modeller by 1782. His work was praised by both artists and doctors alike, for his contributions to both worlds. The waxworks took both time and patience to produce, and were incredibly fragile, hence why the collection has not been moved from the museum since. You will only find works like this in only a few locations across the world, and none on the scale of what you will find at La Specola. 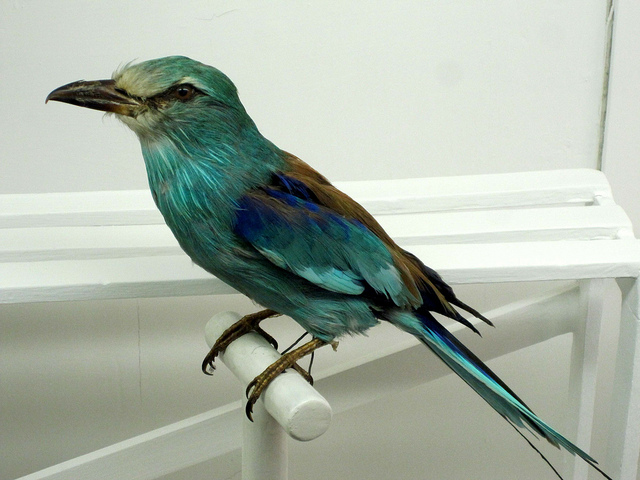 Housing not only wax models, the museum is home to some quite intriguing taxidermy, one of which is a rather interesting-looking hippopotamus that needs to be seen in real life to be truly admired. He has not always lived in the museum, mind, he once stood in the Boboli Gardens during the 1600s. In addition to him, there are an array of brightly winged butterflies and vibrant coloured birds to marvel at, amongst other exotic creatures.

But this is not the only link to history this spectacular attraction holds, opened in 1775, by the Grand Duke Peter Leopold of Lorraine, this attraction is one of the earliest scientific museums to open its doors to the general public. However, when we say the ‘general public’ this only applied to citizens who looked clean enough to enter! Additionally believed to be one of the oldest public museums in the whole of Europe, beginning its life as the personal collection of the renowned Medici family, the museum’s collection grew over time. The waxworks were a huge hit with the public and were visited by many, including Goethe, who went on to write ‘ The Sorrows of Young Werther.’ 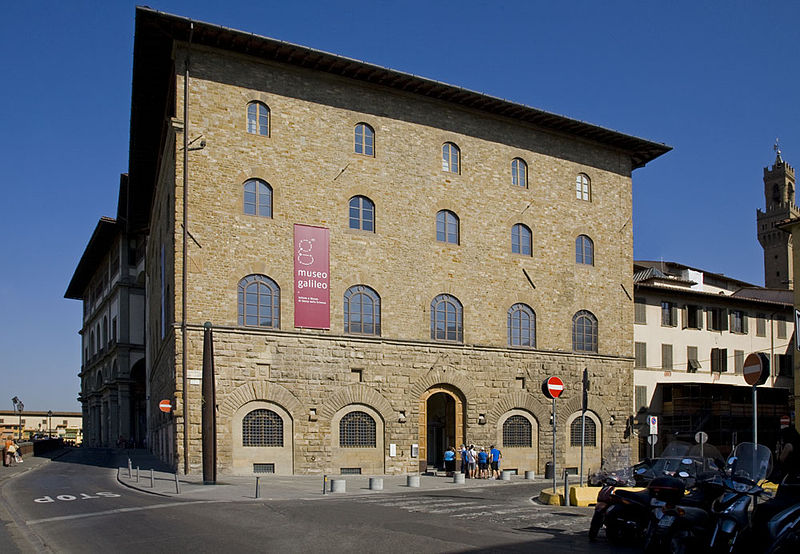 From one peculiar anatomical display to another, take a trip to History of Science museum to look at the particularly unusual display of Galileo’s middle finger. Yes, you read that right! The finger was acquired by Anton Francesco Gori, who decided to snap off his bony finger off on 12th March 1737, a staggering 95 years after Galileo’s death! However, it wasn’t until a couple of hundred years later that the finger came to be on display in the Florence History of Science Museum.

The finger sits in shrine to preserve it, in a small, egg-shaped glass display, among the scientific instruments the museum have on show. The only human remains to be displayed in the museum, which is fitting, as Galileo was known as the “father of modern science”. Some joke about whether the middle finger was an eternal defiance to the church that condemned him, or whether it simply points up to the universe. 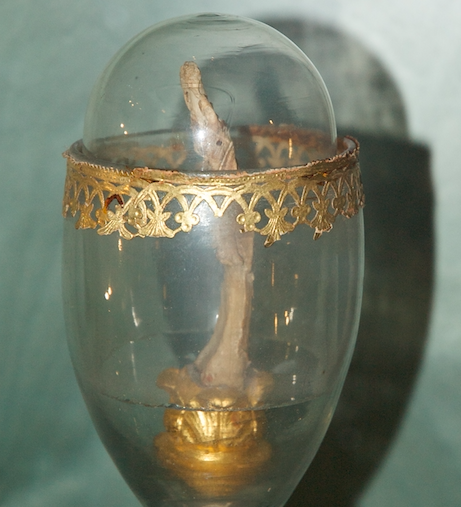 The finger is however no longer lonely, after two more fingers and a tooth belonging to Galileo were found at an auction in 2009.

Other than some body parts of the renowned mathematician Galileo, you will find an array of scientific wonders including some of Galileo’s authentic instruments, such as thermometers and microscopes.  During the 13th century, and onwards, the citizens of Florence had a keen interest in science, arguably rivalling the interest in art; this is only made apparent by the scientific collection available to view at this museum. The main part of the collection dates back to the time of the Medici and Lorraine family; however, throughout the years, the collection has continued to grow to the grand scale you will witness on your visit. With 18 thematic rooms to explore in the museum, you are bound to leave Florence with a thirst for knowledge and science.

These are just three of the alternative attractions to visit while you discover the hidden side of Florence. There is, however, a multitude to explore, which will make you want to come back to Tuscany, year after year. With so many of luxury villas in Tuscany just a stone throw away from Florence, our villa accommodation can be the perfect base to start your adventure.