A Brief History of Umbria

A region which has become increasingly popular amongst tourists year-on-year, Umbria, known as the ‘green heart of Italy’, is a location that captures the true essence of Italian life. Made up of rolling countryside and historic towns and villages, in addition to authentic food and lively culture, it is no surprise that tourists are searching for Umbria villas to explore and learn more about this intriguing region.

Located in central Italy, Umbria gained its name from the Umbri, an ancient tribe of people who settled in the area around the 6th century BC. However, this is not the earliest civilisation to settle here, with archaeological proof dating back to the Bronze and Iron Ages. The Umbri tribe flourished early in Italian history, building civilised towns to the east of the region, including Spoleto, Gubbio, Città di Castello and the world-renowned Assisi.

Whilst the Umbri resided to the east of the river Tevere building up their empire, their rivals the Etruscans to the west established towns such as Perugia and Orvieto and created powerful city-states. The two conflicting tribes came to loggerheads when the Umbri land was invaded by the Etruscan people, forcing the Umbrians from their homes. However, the two opposing tribes joined forces in 295BC in an unsuccessful bid to drive away the powerful Roman Empire who sought to take their lands. The battle was to no prevail, with the citizens of Umbria becoming citizens of Rome in 90BC, although it began a long period of peace in the land that was only disturbed when thriving Roman civilisation was invaded by the Barbarians. The Barbarians brought with them suffering, famine and disease, as well as the economic and cultural decline that spread across the region. This dark time in Umbrian history only came to an end through the introduction of Christianity that had begun to infiltrate every aspect of the culture and improving the quality of life.

The Lombard and Papal Era

The political power-gap of the Middle Ages was satisfied by the Lombards who created the Duchy of Spoleto from the 6th century up until the 13th century when Umbria became part of the Papal State. The region was later divided into independent city-states, each thriving and prospering through their business and art, and supportive of their separate rules by either the Pope or the Holy Roman Empire.

Many important figures and developments have allowed Umbria to be recognised as one of the most important areas of Italy, but perhaps the most famous figure is St Francis of Assisi, who cemented Umbria’s reputation as the core of Italy’s connection to spirituality, something that is still apparent to this day. San Francesco d’Assisi is one of the most venerated religious characters in history, and thousands of pilgrims venture to the majestic town of Assisi – one of our must-see towns in Umbria – to visit the Basilica of San Francesco d’Assisi and Saint Clare churches. 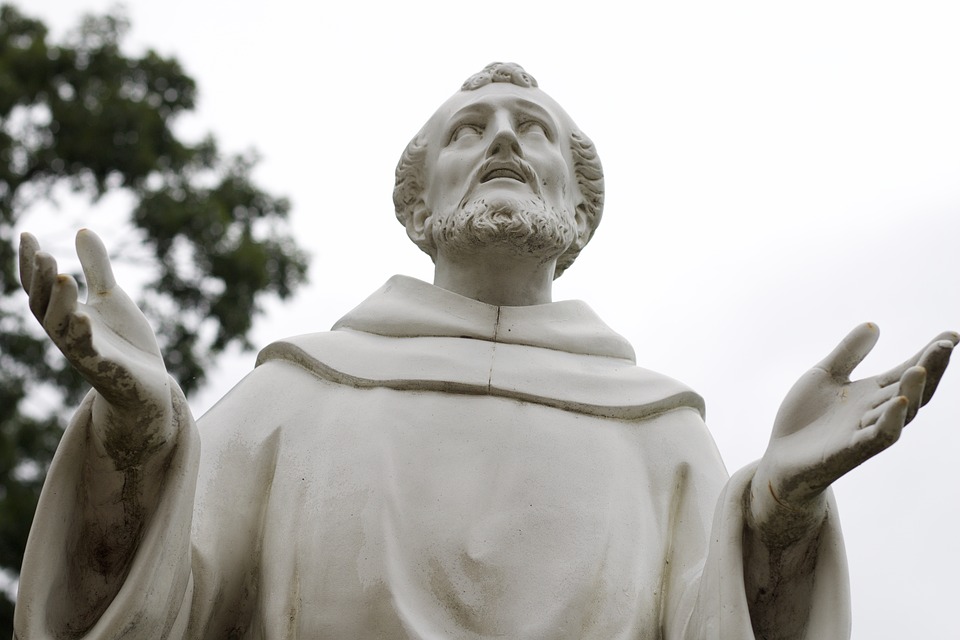 A Hub of Knowledge

Umbria is also known for being a hub of knowledge, being the home of one of the oldest universities in the world. Founded in 1308, the University of Perugia is a small university with impressive alumni, including multiple popes and, more recently, the actress Monica Bellucci.

The medieval feel that has been persevered in Umbria is somewhat thanks to the salt tax. While the ceasing salt trade is well documented in neighbouring Tuscany’s culture – often cited as the region local bread does not have salt in it – the issue came to a head in Perugia during 1540. Up to then, the city had enjoyed a certain autonomy, much to the distaste of successive popes following its inclusion into the Papal States. One of the luxuries afforded to the city was tax-free salt, an important product in food preservation. However, a disastrous harvest for the city was followed by the sudden introduction of a salt tax by Pope Paul III, one that defied treaties signed by his predecessors. When the people rebelled the Pope sent troops into the city, forcing a surrender. This effectively ended the autonomy of the city permanently, signalled by the building of the Pauline Fortress, an imposing wall built around the community of which a few ruins can still be seen today.

Thankfully, peace and beauty now reside in the sleepy region of Umbria, a stark contrast to its turbulent history. Complete serenity is evident in the quintessential villages, rich history and breathtaking scenery that makes it an incredibly desirable holiday destination to visit.

Want to learn more about the region? Discover 10 interesting facts about Umbria!