A biography of Florence’s most famous artist, Michelangelo

Not only a painter, but also an architect, poet and sculptor, Michelangelo was known as one of the great artists of the Italian Renaissance, and is possibly the greatest artist to have come from Florence. 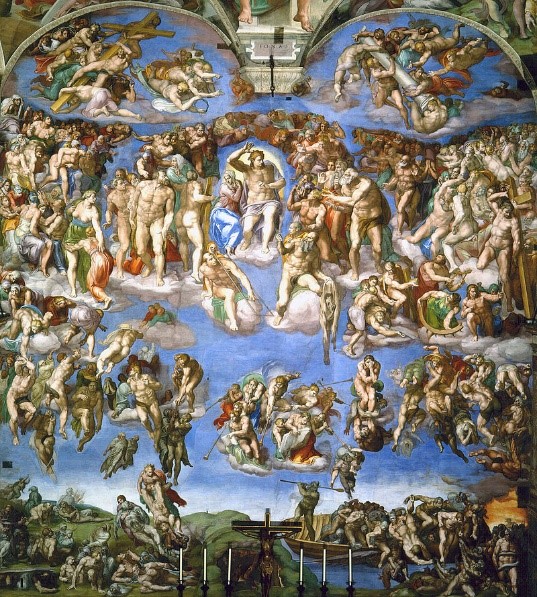 Born as Michelangelo di Lodovico Buonarotti Simoni in 1475 in Caprese, he and his family moved to Florence shortly after. Aged 13, in 1488, he was apprenticed to the painter Domenico Ghirlandaio, when he began to become a master of his craft, and then moved to the household of the influential Lorenzo de Medici, one of Florence’s leading patrons of the arts.

Once the Medici family were expelled from Florence, Michelangelo travelled to Bologna, and then Rome in 1496, where he made his name as a sculptor. His most famous work from this period was ‘Pieta’ from 1497. Shortly afterwards, he returned to Florence a famous sculptor, going on to produce ‘David’ (1501-1504), his masterpiece sculpture.

Word quickly spread about the beauty of Michelangelo’s works, and he was summoned back to Rome by Pope Julius II, where he was commissioned to design the Pope’s tomb. Due to disagreements between the two, as well as other demands on Michelangelo’s time, the project was never completed, apart from a sculpture of Moses made for the tomb.

His next major commission was the ceiling of the Vatican’s Sistine Chapel, propelling him to be instantly recognised as Italy’s greatest living artist. A foray into architecture then began when he agreed to rebuild the façade of the Florence’s San Lorenzo church with Pope Leo X, though the scheme was eventually abandoned. He did, however, continue to pursue architecture with his monuments to Giuliano and Lorenzo de Medici in the Medici Chapel in San Lorenzo.

In 1534, he once again returned to the Sistine Chapel, where he was commissioned to paint ‘The Last Judgement’ on the altar wall, completed between 1537 and 1541. From 1546 onwards, he became increasingly active as an architect rather than an artist, working in particular on St Peter’s Basilica. Michelangelo died in Rome on 18 February 1564.

Many of Michelangelo’s great works, be it architecture, sculpture or paintings, can still be seen today in his home city of Florence, near our Tuscany villas for rent.