Posted on in Italy, Tuscany, Uncategorized

Amongst the gloriously vast Tuscan countryside, resides an incredibly well preserved medieval town of Gothic and Romanesque towers. Deemed as a UNESCO World Heritage Site, the village of San Gimignano perches high on a 300m steep hill and provides some of the most beautiful views over the Elsa Valley. Its location is an integral contributor to its success during the middle ages, and its striking skyline of medieval towers is fascinating and provokes curiosity from all who visit. Here at Essential Italy, we have selected the most interesting facts for you to discover and understand San Gimignano in all its splendour.

The Town was a Stopping Place for Travellers

San Gimignano developed in popularity during the middle ages due to its demand as a resting place for pilgrims and other travellers moving between Canterbury and Rome. Located on the Via Francigena, which was an illustrious road linking Rome and France together, the city blossomed during the medieval period and became home to 12,000 people during its peak. 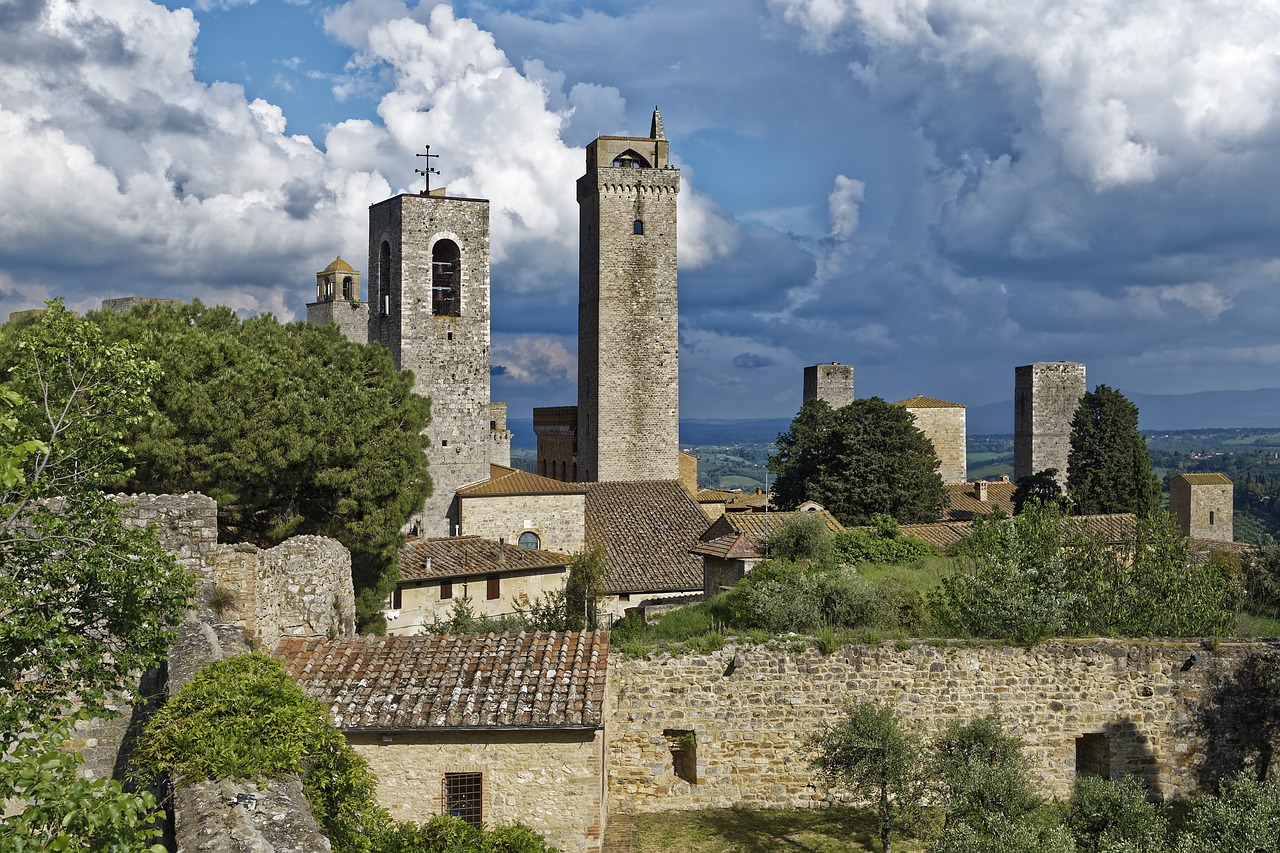 Like many, you may be wondering why San Gimignano became inundated with so many towers? Initially built for defence purposes, the towers became a measurement of power and wealth. With the attraction of many wealthy merchants and families, the medieval town became a display for the most affluent residents. As presumed, the more luxurious the merchant, the bigger the tower. Such competition became so rife; the city government had to introduce a limit on the height of the towers. The Torre Grossa, a government, built tower, was the acceptable size for towers and can be found next to the city hall today. At one point, the town encompassed a total of 72 towers. Today, the towers have reduced to around a dozen, but still, provide a stunning display.

The Towers Were Appointed Names

Residents gave a majority of the towers nicknames which have various stories of origin. One memorable name is the ‘Tower of the Devil’ which attracted attention for mystical stories and legends. A favoured story describes the shock of the proprietor when returning from a trip, and seeing it enlarged from its original height. It was rumoured that the devil was responsible for its magical development in height. The ‘Troublesome Tower’, which translates to ‘Torre Rognosa’ in Italian, was named after its town status as a prison. The ‘Twin Towers’ were specially constructed by competitive and wealthy landlords to collectively create the tallest tower in San Gimignano when the heights of both towers were combined. 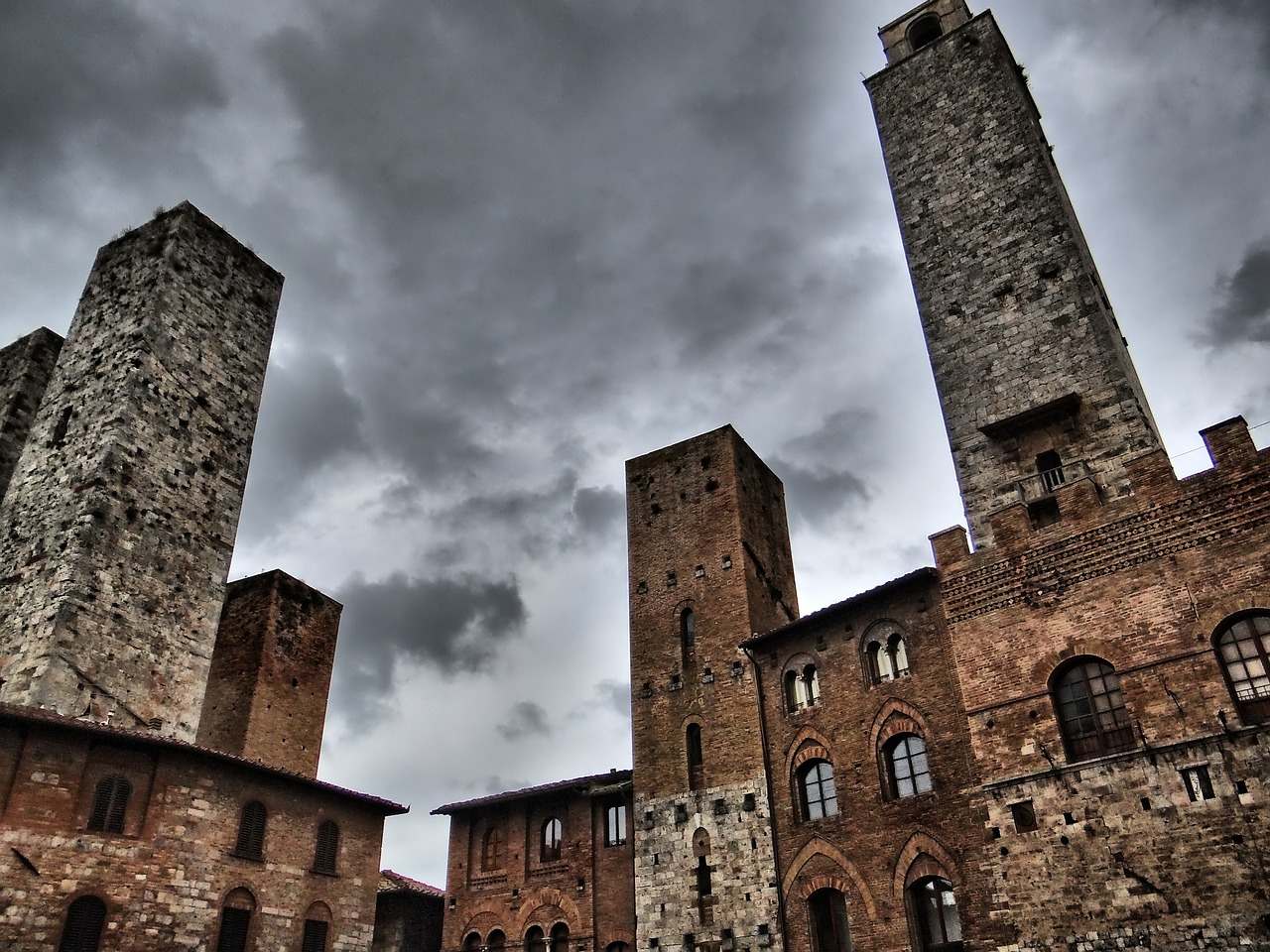 San Gimignano’s reputation as an affluent town quickly halted during the Black Plague during 1348. The Black Plague was responsible for killing a significant portion of the population and caused many people to flee the area. A substantial amount of buildings deteriorated over time, and gradually, San Gimignano suffered neglect and began to disappear in its significance. Luckily, it never suffered destruction from war or battle, and some towers remain today in reasonable conditions.

The Surrounding Area is Great for Walking

Some beautiful vineyards and walks enclose San Gimignano. The Wine Road of the Vernaccia di San Gimignano is a pleasant route to take and provides some new and stunning views of the town and its towers. In total, the walk is roughly 17km in length and should take around six hours to complete. Many of the surrounding roads are without pavement and laid out by gravel. They avoid going into any forests, making it an incredibly satisfying and manageable walk. 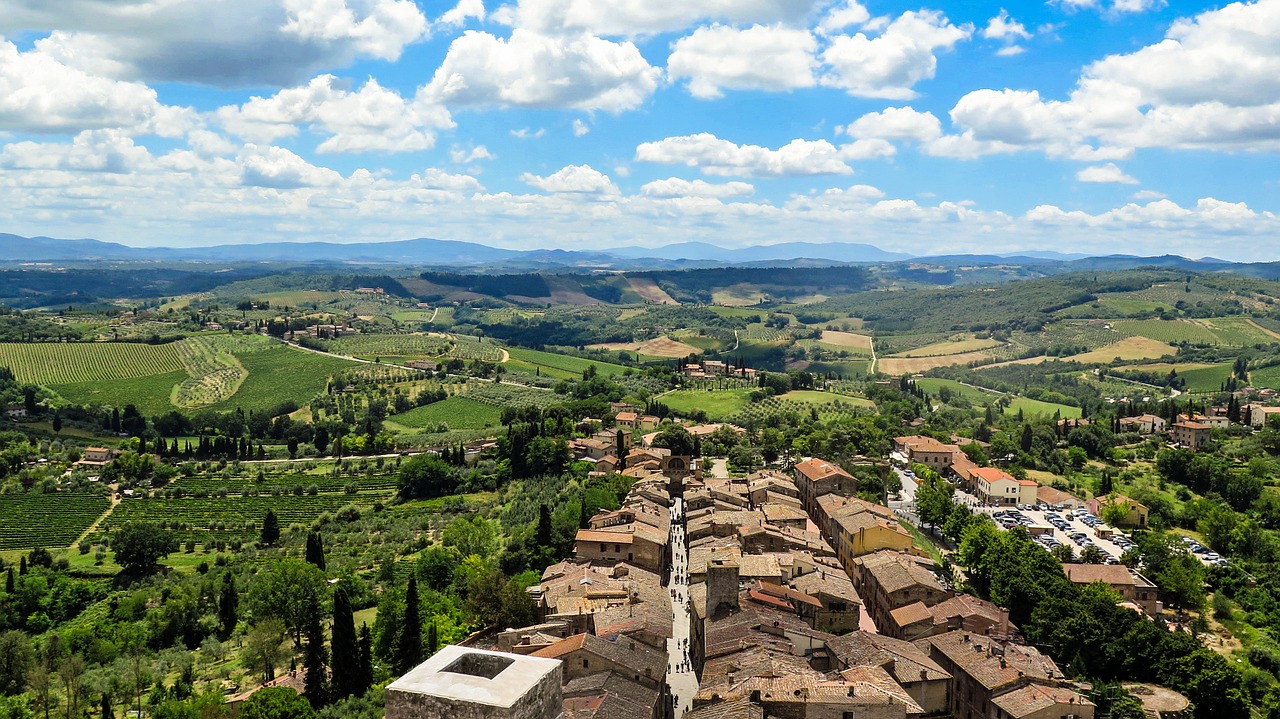 The magnificent, medieval town began as a small Etruscan village dating back to 3rd-century. It slowly developed into a city which was named Silvia, which derived from the escape of two noble brothers, Silvio and Muzio, from Rome. The name of the town eventually transformed into San Gimignano around 450AD.

There is so much to see in this gorgeous snippet of medieval grandeur; make sure to visit the 1300 museum for more information on San Gimignano’s heritage. For more unique places to visit in Tuscany, take a look at our blog on Tuscany’s hidden renaissance gems. If you are yet to choose some luxury accommodation for your trip, our apartments in Tuscany will provide some inspiration.