A local filmographer, Turi Caggegi, has captured some stunning footage of Mount Etna’s latest series of small eruptions, which took place at night during the 12th, 13th and 14th of May.

The eruptions were said to be accompanied by ‘rising tremors’ by experts, meaning that these mini-eruptions could possibly be part of a build up to more violent lava fountaining and a larger lava flow.

Though Mount Etna is one of the world’s most active volcanoes, and the most active in Europe, its eruptions and lava rarely reach or affect any nearby civilisations, with very few major disasters having happened in the past 2000 years that the volcano has been active.

Towering above and setting the dramatic backdrop for the cities of Catania and Taormina, Mount Etna is Sicily’s most famous natural wonder, with many visiting the volcano on their Sicily holidays in the hope that they will get to see one of the many small eruptions and streams of lava that the volcano is well-known for, with the sights very difficult to come across anywhere else in Europe. 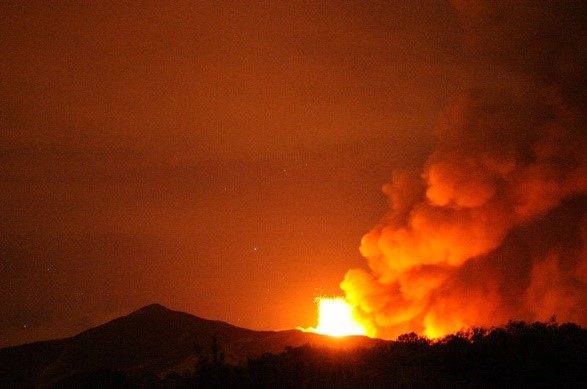 To see more of Turi’s videos, capturing Mount Etna from various angles and at various times of the day, visit his YouTube page here: https://www.youtube.com/user/tcx959/videos