Ian writes: Christmas creep happens here in Italy just as it does pretty much everywhere that commemorates the birth of Jesus of Nazareth. Ceremonies starts way back on the 8th of December, with a public holiday for the Feast of the Immaculate Conception. You can be sure the shops have already begun their opening moves to warm us up for the start of the holiday shopping season.

Christmas Eve/Day are up next, with St Stephen’s following a couple of days later. And of course there’s the excesses of New Year’s Eve which is a global TV affair these days; that is if you follow the Gregorian calendar.

Some Italians still engage in the ritual of throwing old stuff out the window into the street below. So if next year you find yourself, say wobbling around the narrow alleyways of Cortona on the night of the 31st of December, well… don’t say you haven’t been warned. Just ask Rob who does some of our design work. 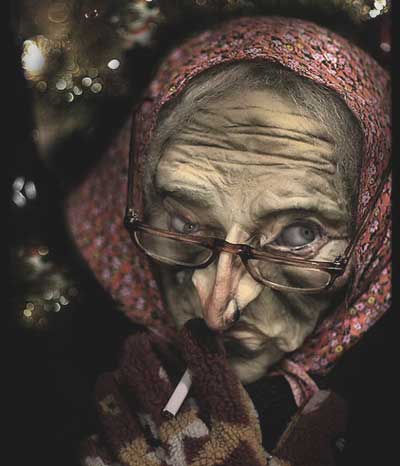 La Befana (The Witch) is wheeled out on the night of 5th January and children hang out stockings to be filled with sweets and goodies; assuming the child has been good. Otherwise it’s coal and onions. Needless to say the coal merchant doesn’t do much in the way of sales as all Italian children are perfect. Cough, cough…

There are poems about La Befana, which are known in slightly different versions throughout Italy. Here's one version:

The English translation is:
La Befana comes by night
With her shoes all tattered and torn
She comes dressed in the Roman way
Long life to the Befana!

The Italian word for Witch is La Strega – also a popular digestif liquor. It's a strong mix of herbs and the taste reminds one of a powerful mouthwash should you go in for that sort of thing. At 80 proof (40%) Liquore Strega has among its approximately 70 herbal ingredients mint and fennel. The yellow colour comes from the addition of saffron. And if over-indulged it leaves you with an almighty hangover. But least your breath is relatively fresh. Just ask Malcolm who does some of our design work.

The finale to the Christmas proceedings is on the 6th January with Epiphany. By the following day, everybody has usually had enough and are happy to get back to normal. And even get back to work. Children apart of course.

That just leaves me to wish all our clients, past, present and future a Happy New Year and hope to see you in Italy later in the year.