Six Italian breads you need to try this Christmas

With each region having its own interesting and vibrant cuisine, Italy is a haven for foodies, with Christmas-time in particular being one of the best times to visit, as Italians simply love to indulge on their favourite foods and share the special occasion with their family and friends. 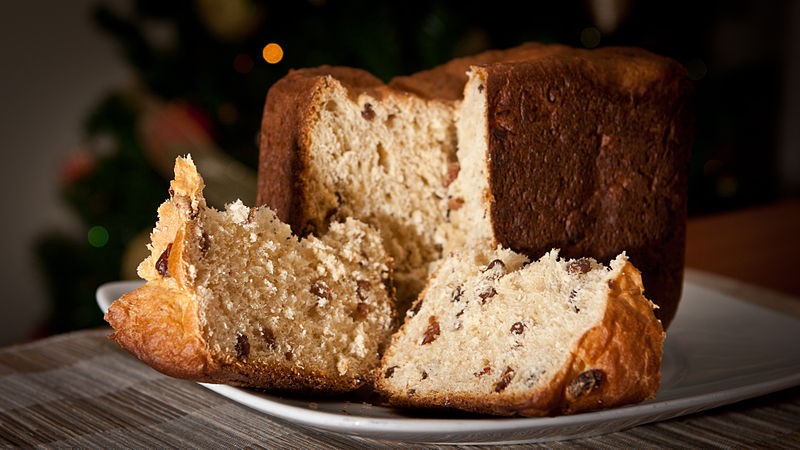 Some of the most famous foods associated with Christmas in Italy are the delicious sweet breads and cakes, freshly baked and available to buy from local shops and Christmas markets. Read on to discover some of our favourites, each from a different part of the country:

A sweet Christmas bread dusted with icing sugar, pandoro has a distinctive star shape and hails from Verona. Pandoro dates back as far as the Middle Ages, where it would have been enjoyed only by the very wealthy, hence its name, which translates into “bread of gold”. Today it is enjoyed by people all over Italy, and for an extra treat, is also sometimes filled with Chantilly cream or gelato.

First created in Siena, panforte is a chewy dense fruitcake rather than a bread, boasting a strong yet delicious flavour which is the combination of ingredients such as cloves, honey, coriander, cinnamon and white pepper. It has remained popular over the centuries thanks to its durability, with the Crusaders even having taken them with them on their travels.

Originating from Genova, pandolce literally means “sweet bread” and is a dense, crumbly bread flavoured with candied fruits and spices. Pandolce is said to have come about as a result of the 16th century Doge of Genova Andrea Doria’s quest to find a food to represent the Republic’s wealth, as well as being suitable for long sea voyages. There are traditions associated with pandolce that are still practiced today: part of a pandolce is kept to be given to the poor, while another is kept and consumed on the feast day of St Blaise on February 3.

A delicious cake with a distinct gingerbread flavour, panpepato also includes a host of other ingredients including cloves, nuts, honey, cinnamon, dark chocolate, nutmeg and candied fruit, giving the cake its name of “spiced bread”. While some believe it is Tuscan, others believe panpepato dates back to 15th century Ferrara.

Originating from Rome, pangiallo dates back to ancient times, when Pagan Romans baked it as an offering to the gods during the winter solstice. Pangiallo is a golden yellow bread, which includes a number of ingredients including raisins, nuts, spices and candied fruit such as lime peel. Originally, however, nuts were never used as they were simply too expensive, with dried plum and apricot kernels often used instead.

Hailing from Milan, panettone is a dome-shaped bread studded with candied citrus peels and raisins throughout. Like with sourdough, the dough has to be cured before baking, meaning it can take several days to make. Panettone is traditionally served with sweet wine such as Moscato d’Asti or a hot beverage.

For a special and festive getaway this Christmas in wonderful Italy, visit our website to browse our selection of Tuscany, Puglia, Abruzzo, Umbria, Sardinia and Sicily holidays.