Situated on the heel of the Italian boot, the narrow region of Puglia in Southern Italy has seemingly endless coastlines along the Adriatic and Ionian Seas and boasts a wealth of culture in cities such as Lecce and its regional capital, Bari. A strategic location, acting as a gateway to the Adriatic Sea and modern Balkan countries such as Croatia, Puglia has had a tumultuous history characterised by conquests and war.

However, the history of Puglia – much like the region itself – is a gateway to a deeper understanding of the Italian way of life as a whole, shaped by the many groups that have touched it over its lifetime. Take a journey with us through Puglia’s history with these facts that have come to define the region’s unique style and deepen your understanding of this vibrant country before you stay in one of our villas in Puglia with a pool.

1. The Ionian Greeks were the First Major Settlers in Puglia.

While many smaller civilisations had inhabited this key area through its earliest history, the Ancient Greeks were the first large group to settle and control the region. Living in Puglia around 8th Century BC, they built a string of settlements along the Ionian coast in the south of Puglia, the closest part of Italy to modern Greece. One of the Greek’s most notable settlements was Sybar – while it was not noteworthy at the time, this location would go on to become Lecce, the Florence of the South.

The main city the Greeks built was known as Taras and was settled in by Spartan exiles until around 272 BC. Now known as Taranto by the Italians, the coastal city boasts a wealth of archaeological landmarks including museums dedicated to this period of local history. 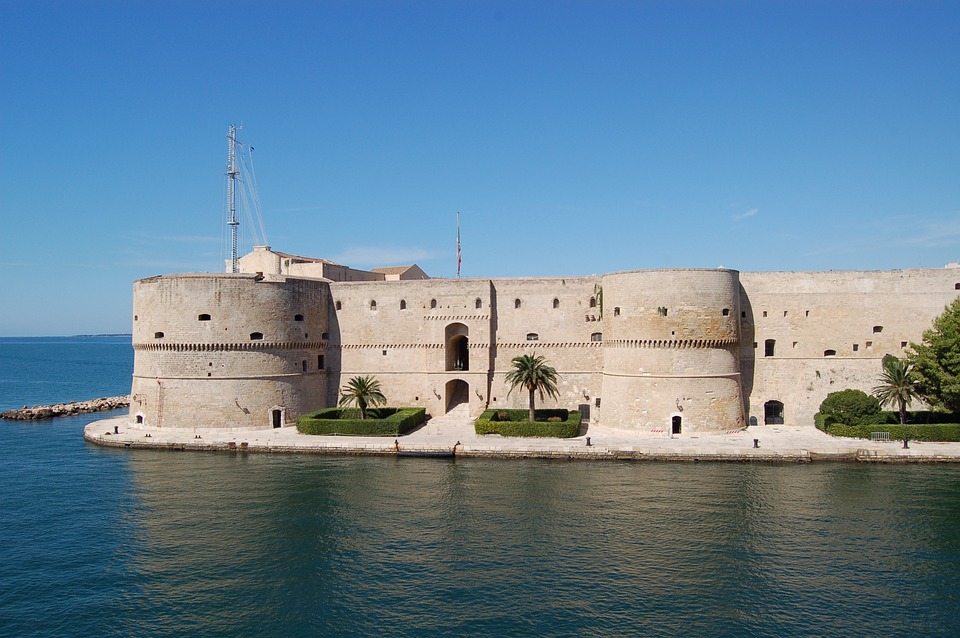 2. The Romans Completed Via Appia in Puglia in 190 BC.

The Greeks were eventually defeated by the Roman civilisation that would go on to define Italian culture as a whole, and one of its greatest achievements arrived in the region less than 100 years after their conquest.

One of the Roman’s most notable creations was the invention of road networks, and Via Appia was one of the first and most famous road systems they ever created. Named after the Roman censor who initially started the project in Rome in 312 BC, the ‘Appian Way’ connects the capital city to the town of Brindisi, located on the south-east coast of Italy in the region now known as Puglia. In this period of Roman history, Brindisi was one of the Empire’s most important cities, a strategic port that was used to reach other powers such as Greece, Egypt and the Eastern Mediterranean. Nowadays, much of the road can still be walked, forming a wide pathway through the history of the country and marked by a Roman column sat deep in the heart of Puglia.

3. A Period of Darkness in Puglia Followed.

When the Roman empire fell, Puglia suddenly turned from a strategic location to one that was easily invaded. Captured and fought over by a string of civilisations including Goths and Byzantines, the region struggled economically and fell into an almost barbaric state of rule.

4. King Frederick II brought Prosperity Back to Puglia in the 13th Century.

Not only did the rule of Normans give the region the stability and power of law that it desperately needed, but in Frederick II they had a leader who finally wished to build in the area. Despite being known in history as the King of Sicily, his building projects in Puglia – including the impressive Castel del Monte, a UNESCO site that still stands today – played an essential role of reinstating Puglia as a vital port to the East. 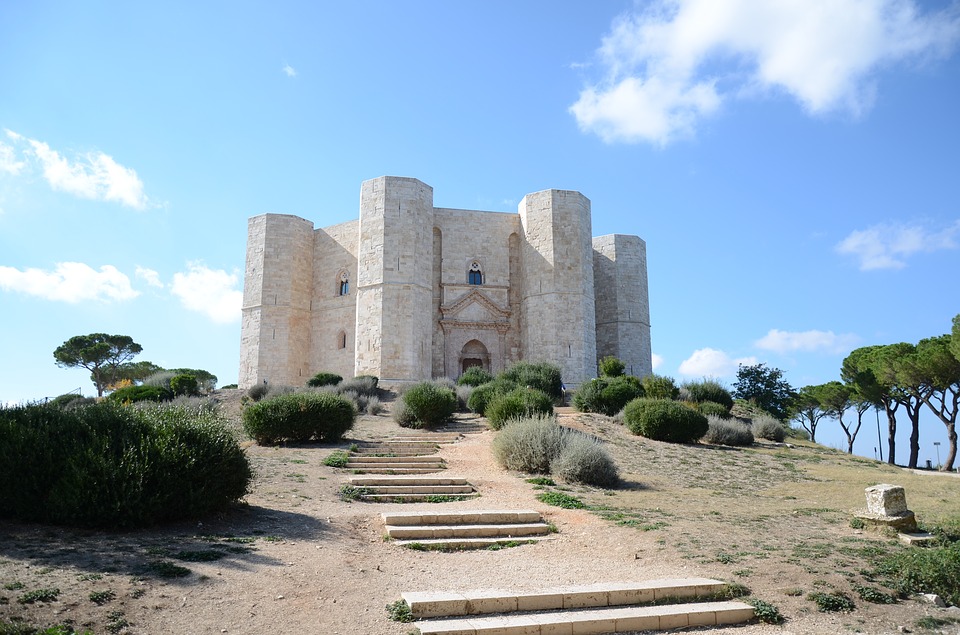 The history of modern Italy is one of constant revolution and conquest, and even when the Kingdom of Italy was formed by the Royal House of Savoy – the earliest version of what we now know as modern Italy – there was still plenty of regional strife. One of the main reasons for this was the divide between the established, industrialised north and the rural south.

Thankfully, Puglia was one of the most prosperous regions in early southern Italy, thanks to its strategic position on the edge of the country. However, that responsibility would once again come at a cost.

6. Puglia was Part of Mussolini’s ‘Battle for Wheat’ after WWI

After Mussolini seized control of the country following WWI, he began to establish a dictatorial reign over the country based around his world-famous ideas of ‘revolutionary nationalism’. Subsequent invasions into North Africa, notably Ethiopia, sparked condemnation against Mussolini’s Italy, and in an attempt to make his country more self-sufficient the dictator put into action a scheme known as the ‘Battle for Wheat’ which turned entire swathes of Italy’s south into wheat farms that would feed the country and reduce its need for imports. Many wheat fields can still be seen throughout Puglia to this day as a result of this action. 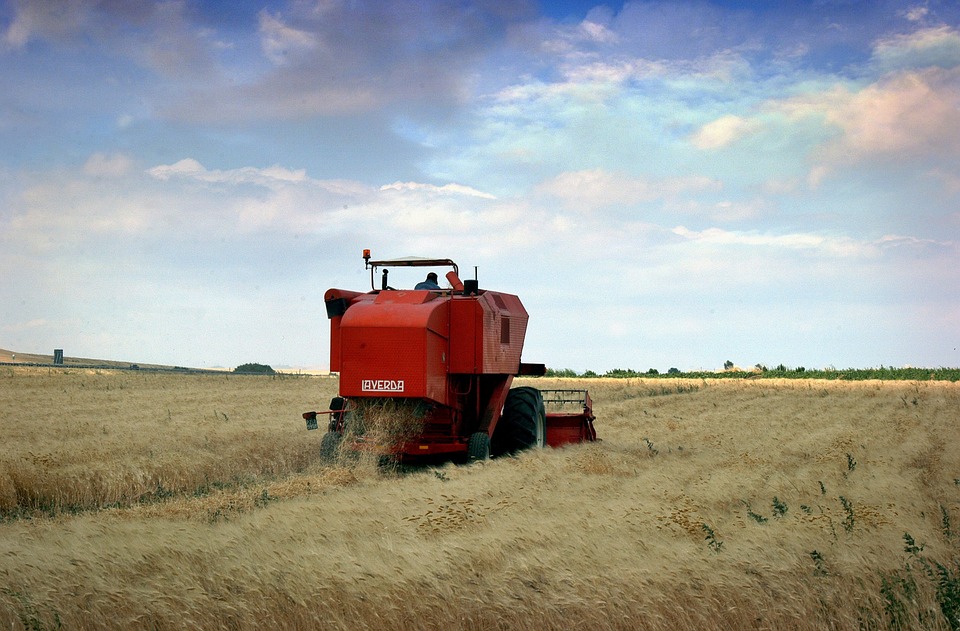 These six facts point to an almost cyclical existence in this vital region of Italy. Valued by everyone who had control over it but never given the protection it desperately needed, further destruction and regeneration would follow after WWII. Even in the modern day, the region’s traditional agriculture economy created by Mussolini is now at the epicentre of the country’s modern struggles with immigration. Given Puglia’s proximity to Africa and its need for low-cost work, it is seen by many modern nationalists as a hive for immigrant workforces, despite its profoundly traditional Italian economy.

In reality, Puglia is an understated region full of immense culture that gets to the very heart of what it means to be Italian, in the past and the present, and we’re sure you will discover an entirely new side to the country during your stay here!