Sardinia, with its perfect position at the gate to the Mediterranean Sea, has been touched and shaped by many different colonies and civilisations since the beginning of time, even in this age, with the proliferation of holiday villas in Sardinia attracting even more guests from across the world. However, while people have left and cultures have changed one civilisation has left a notable mark on the island, one of the oldest groups to ever inhabit the land, through its remarkable architecture technique.

Nuraghe, or Nuraghi, are ancient truncated conic structures that were used to form everything from small dwellings to imposing fortresses. These ancient buildings date back to as early as 1500 BCE according to experts, but despite this over 7,000 of these unique prehistoric monuments are still visible to this day, with some, like the Santu Antine Torralba, still reaching heights of over 20 metres!

What is most remarkable about the Nuraghe buildings is that this unique form of Bronze Age architecture is not found anywhere else in the world – these buildings are unique to the island of Sardinia.

What Are Nuraghe Made Of?

Nuraghe are made of large blocks of Basalt taken from the extinct volcanos of the region and are notable for being combined without the use of any bonding materials. While the technique was also used to create simple dwellings, many of the remains we see today once formed castles built on high ground over villages. Some of the remains even indicate that they were sometimes structured into connected towers to create remarkable pieces of architecture. 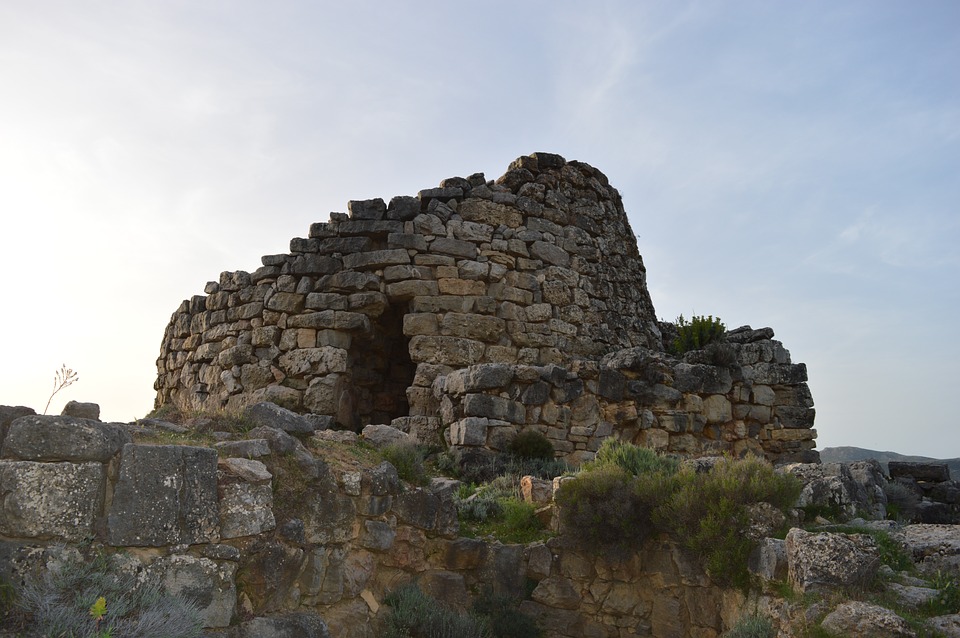 Not much is known about the civilisation that built these ancient structures, as no written records were left behind. Referred to as the Nuragic Civilisation, some experts believe that they probably date back to the prehistoric human population that would have inhabited the island at its earliest point.

The civilisation could also potentially have ties to the Sea People, a mysterious and supposedly highly aggressive group of seafarers who rose to prominence at the end of the Bronze age and went on to invade a range of countries in the area. From Cyprus to, most famously, Egypt, the Sea People caused such chaos in the region that they are credited for the destruction of the famous Hittite Empire along with many of the written records of this period of time. It’s believed that Sherden, one of the most prominent Sea People, either came to or from the island of Sardinia, giving the land its name and, possibly, its necessity for strong defences. 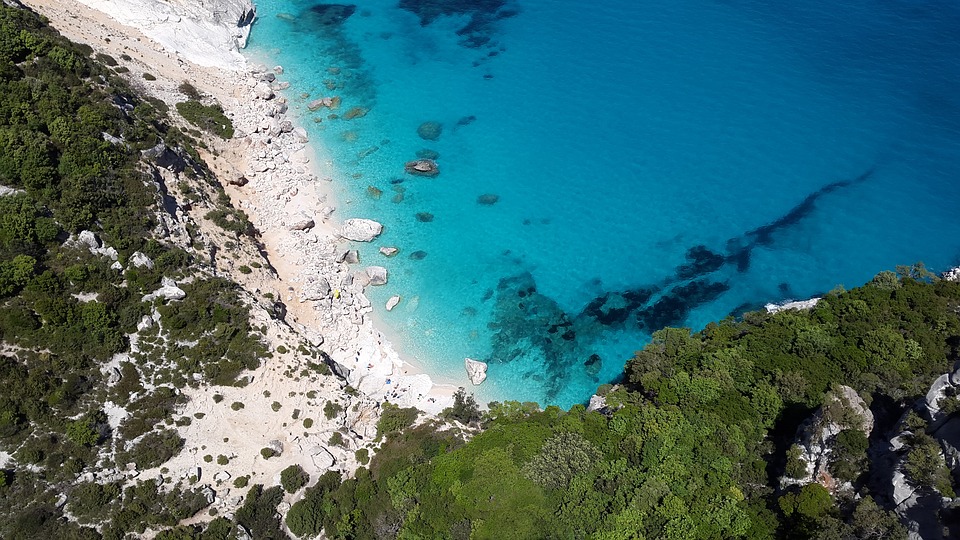 The most famous of all Nuraghe structures, the Su Nuraxi di Barumini is a recognised UNESCO World Heritage site due to being the finest and most complete example of this unique form of architecture still standing today. A fortress overlooking the fertile plains of Barumini that surround it, Su Nuraxi contained at its core a huge central tower, reaching over 18 metres high and containing three chambers linked by a spiral staircase. This tower was then enclosed by four more Nuraghe towers, connected by a large stone wall, creating a courtyard inside that at one point even had a roof.

Built like a castle, much of this great structure – dating back to the second millennium BCE – still remains, including the remnants of a second outer wall and smaller huts that would have been a settlement. Still open to viewing by the public, the Su Nuraxi is a must see for anybody visiting the island of Sardinia. 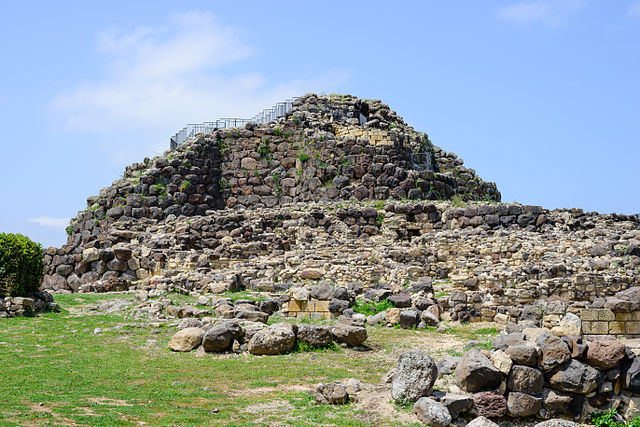 Sardinia is a beautiful holiday destination, with its humble, welcoming population and fantastic natural beauty attracting guest from mainland Italy and the world over. However, there is much more to this island than its beautiful landscapes and warm climate. A small island steeped in history that stretches across the region, Sardinia’s nuraghe are a totally unique and beautifully preserved time capsule, giving you the opportunity to look back to the almost prehistoric civilisation who made the most of this gorgeous island.

So, if you’re thinking of going on holiday to Italy, why not “Step back in time at Su Nuraxi” and Sardinia’s many other fantastic monuments to the ancient world?