Sacred text discovered near Florence could reveal more about Etruscans

The past month or so has brought us a lot of news about the Etruscans, a civilisation who lived in parts of Tuscany, Umbria and Lazio between the 8th and 2nd century BC before being taken over by the Romans. Two major museums in Tuscany will be hosting exhibits on the civilisation, while a host of treasures are finally being returned to Italy from Geneva. The Etruscans have once again made the news, however, as a 2500-year-old sandstone tablet inscribed in a lost language has been discovered, believed to have been created by the Etruscan people. 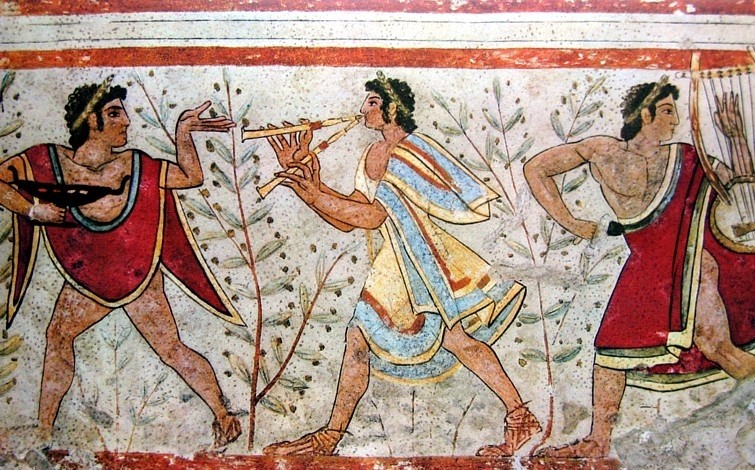 Archaeologists even believe that the slab could reveal more about the beliefs of the Etruscans and possibly even a name of the god or goddess they worshipped. Religious discoveries such as this are rare, with most Etruscan discoveries consisting of grave and funeral objects. Professor Gregory Warden, the Mugello Valley Archaeological Project’s principal investigator, said the find “will be remarkable for telling us about the early belief system of a lost culture that is fundamental to western traditions”.

Weighing over 500lbs, the tablet is over 4 feet high and 2 feet wide, and contains 70 legible letters and punctuation marks which could all shine a light on the Etruscans and their lost language. Discovered in the foundations of a monumental temple, the tablet would have once been used as a monumental symbol of authority. The text will be studied further by one of the global experts on the Etruscan language, Rex Wallace, Professor of Classics at the University of Massachusetts, Amherst, who hopes to discover the name of the god or goddess worshipped at the site.

The slab is located in the Mugello Valley, which is north-east of Florence – many of the inscriptions found so far have come from further south, making this even more of a rarity. Their texts were also kept on perishable media such as linen cloth books and wax tablets, meaning very few inscriptions of more than a few words can be found on permanent materials.

Excavations have been underway as part of the Mugello Valley Archaeological Project for two decades, and have unveiled a host of discoveries such as workshops, homes, potteries and kilns. Tuscany is an area rich in history, with many remnants of ancient society which include not only the Etruscans but also the Romans. Discover for yourself the story of this fascinating part of Italy and book a stay in one of our Tuscany villas today.