Discoveries made about the role of wine in pre-Roman Italy

New research by Bice Peruzzi, a doctoral student at the University of Cinicinnati, has helped to shed further light on the drinking rituals and the importance of wine in pre-Roman Italy. 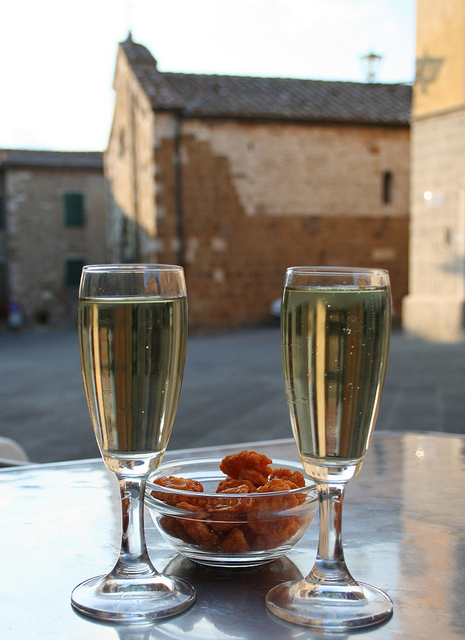 Before the invasion of the Romans, Southern Italy, stretching from Puglia to Syracuse in Sicily, was a Greek colony known as Magna Graecia, with the city of Taranto being the main trade and cultural hub. This group of Greco-Italian people faced two battles with the Romans in the third century BC, winning the first with the help of King Pyrrhus of Epirus, before suffering defeat in the second battle in 272BC.

While studying the burial practices of the people who lived in central Puglia between 525-200BC, Peruzzi found that the tombs (especially of men) clearly showed that society at the time was largely geared towards warfare and ritual banqueting, with wine playing a central role in these lifestyles.

Though the area lacked a written history, she was able to use a number of artifacts to distinguish three different periods of the colony’s history and connect them to the larger history of the Mediterranean. The area’s Greek heritage was most evident in the styles of pottery found, with many tombs from the ‘first period’, 525-350BC, containing an array of pottery from vases to lamps and wine kylix. There were also numerous depictions of women found offering wine to the gods and taking part in religious processions, demonstrating the importance of these events in the culture.

Peruzzi also noted about the tombs that: “The care in displaying the artifacts in these tombs is striking, especially considering that the objects could have been visible only during the brief period when the tomb was open”, which highlights the importance of the burial and the final resting place during this time period.

These findings are not the only information we currently have on the wine culture of the Mediterranean – last year a Greek wine jug was discovered in Champagne, France – the furthest north an artefact from a Greek colony has been discovered. The new information we now have, however, demonstrates that wine was still an important part of Italian society well before the Romans came along.

As well as in ancient history, wine is still an important part of the quintessential Italian lifestyle, best enjoyed on a sunny terrace overlooking the beautiful countryside or coastline that the country has to offer. Enjoy a real taste of Italy today – choose from our Tuscany, Sardinia, Umbria, Abruzzo, Le Marche, Puglia and Sicily villas, you won’t be disappointed!