Why you should visit Puglia

Puglia is perfect for any travellers who are tired of the crowds that flock to Tuscany but still want to admire spectacular architecture and experience authentic Italian culture. Puglia is known for its fantastic array of cuisine that offers newcomers an incredible experience of authentic Italian tastes. The cucina povera is an earthy cuisine that all travellers should try, which uses traditional, inexpensive and locally sourced produce to create a hearty meal. The architecture is just as rich as the food on offer with stunning views and plenty of architectural attractions that rivals the offerings of Tuscany. Known as the ‘Florence of the South’ Lecce, as well as Gallipoli, offers all the finery Florence has, without the atoning crowds that travel to Tuscany in peak season. 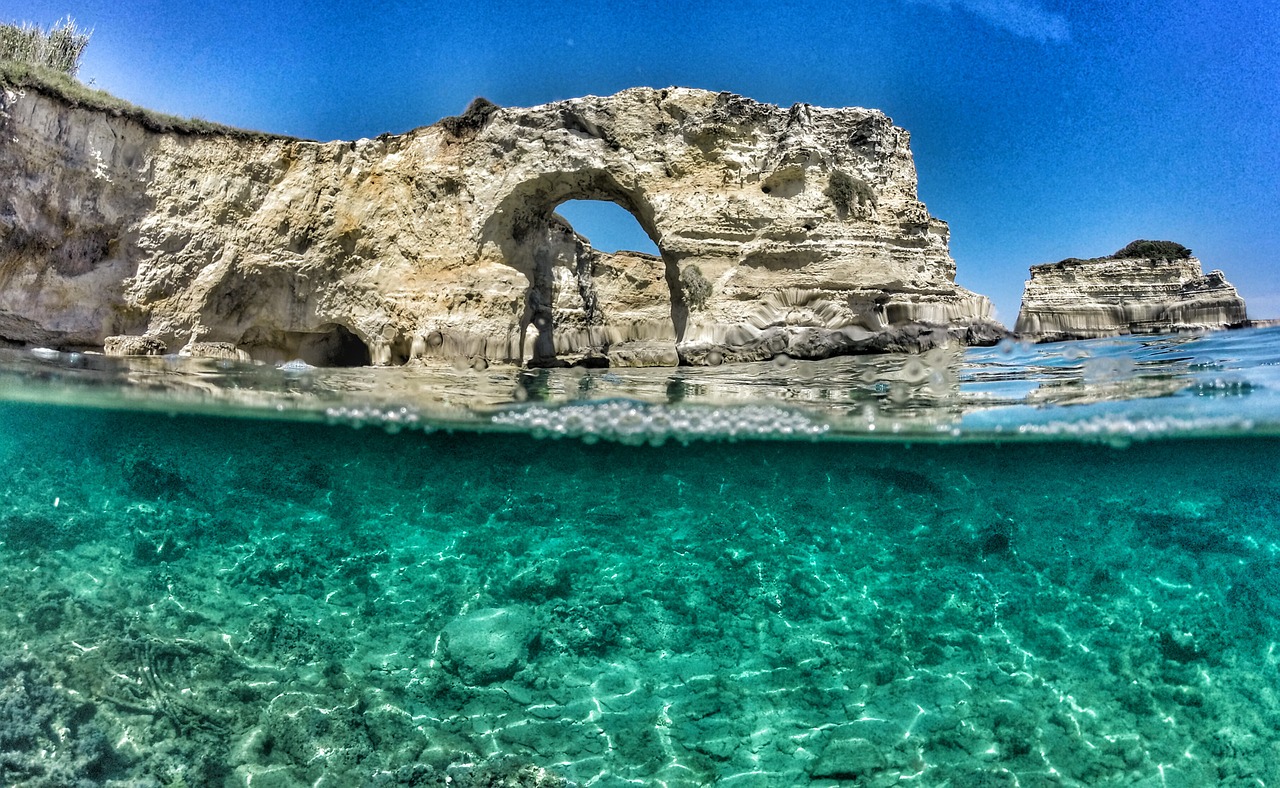 Puglia boasts the longest coastline of any region in Italy, making it the perfect destination for anyone seeking out the crystal blue waters that Italy own. To the north of the region the climate offers a pleasantly warm climate that has been knighted the miniature Amalfi coast. The region is also known for its fine wine and even more fruitful history, from the hauntingly beautiful medieval towns to the bloodthirsty heritage of Greek and Turkish history.

Puglia has many attractions you should visit on your Italian escape. Here are Essential Italy’s top picks:

The Santuario di San Michele began as a simple shrine, but over the centuries has seen many expansions that incorporate a large complex of religious buildings. Enter the sanctuary through the double-arched entrance of the vestibule and descend the staircase that is decorated in the graffiti from the pilgrims in the 17th century. When you reach the bottom, you will arrive at etched Byzantine silver and bronze doors, that were cast in 1076, which open into the shrine, where it is said that St Michael left a footprint in a stone. This special site is looked over by the 16th century statue of the Archangel Michael. It became customary for the visiting pilgrims to carve the outlines of their feet and hands into the stones of this sanctuary.

This Basilica di San Nicola, in Bari, was one of the first Norman churches to be built in southern Italy and one of the finest examples of Romanesque architecture. This impressive structure dates back to the 12th century and its original purpose was to house the relics of St Nicholas (who goes by Father Christmas these days…) that were stolen from Turkey by the local fishing folk of Bari in 1087. Nowadays the building has more religious purposes acting as an important location for pilgrimage for both Catholics and Orthodox Christians.

The basilica is home to the beautiful crypt that is said to hold remains of St Nicholas that is said to be possess magical powers. Above the crypt the interior extends out into an extensive and decorative 17th century wooden ceiling. The 13th century ciborium that rests over the altar is one of the oldest in the region, with other items of significance including the chalices, vestments and crests that are displayed in a museum nearby.

The Museo Nazionale Archeologico di Taranto is an important archaeological museum that allows visitors to learn and explore the ancient Taras. Artefacts include the largest collections of Greek terracotta figures in the world, as well as the finest collection of glassware from the 1st century BC. This is in addition to the jewellery showcased, for example the 4th century BC bronze and terracotta crown.

The Castel del Monte is one of Southern Italy’s renowned landmarks, and honoured with the title of a UNESCO World Heritage site: a beautifully peculiar castle, with sharp geometric shapes, that sits on a hilltop and can be seen from miles around.

The castle is made up of eight octagonal towers, whilst the rooms inside interconnect and are decorated with marble columns and fireplaces.

Built by Frederick II, the mystery around its purpose is still present today, with no nearby town or crossroad that means there was nothing to defend. The castle does not even sport any of the traditional features like a moat, drawbridge, arrow slits or trapdoors, which makes this castle simply fascinating to its visitors.

There are many theories and stories about the origins of the castle. One of the most established theories is that the octagon, according to the geometric symbolism in 13th century beliefs, is representative of the union of God’s infinite perfection and the human finite perfection. Therefore, the castle was a physical celebration of the relationship between God and humanity.

Essential Italy have some fantastic offers for those of you desperate to see Puglia for yourselves. From beautiful and secluded villas in Puglia to luxurious hotels, there is something to suit every type of traveller. Offers include unmissable deals like early booking pricing and extra night’s stay for free. Find out more details on the Essential Italy website: https://www.essentialitaly.co.uk/puglia-special-offers