Archaeologists have now found traces of wine believed to be over 4,000 years old; it is thought that this is now the oldest evidence of wine in Italy. The residue of this ancient tipple was uncovered in a large, storage jar dating back to the Copper Age which was discovered in a cave in Monte Kronio, just off the coast of Sicily. 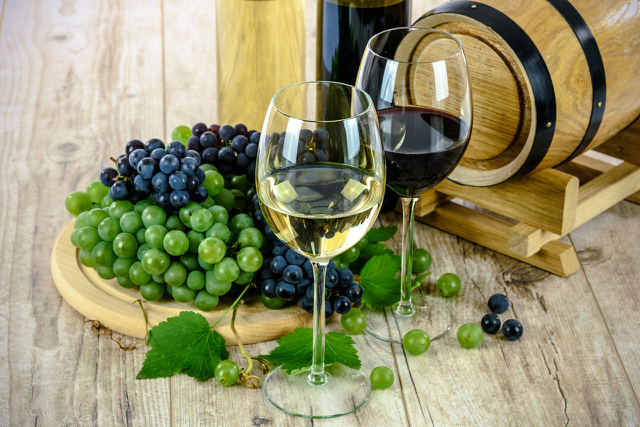 Upon inspection, the residue highlighted traces of tartaric acid and sodium salt, both of which occur in grapes during the winemaking process. Researchers have stated that it’s difficult to determine the composition of many examples of residue because it would require the discovered pottery to be intact. However, on this occasion, researchers had luckily found the ancient jar in great condition.

It was previously believed that wine growing and production had started around 1300 to 1100 years ago in the Bronze Age, however, this new discovery could prove that it was around much earlier than this, and this significant discovery could show a whole new perspective on ancient civilisation in Italy. The next quest now for researchers is whether the wine residue they discovered was white or red.

This discovery is perhaps one of the most important in recent Italian history, particularly as wine is a fundamental part of the Italian culture. Each region will boast a range of types, and depending on which region you are in, the wine will be produced following different traditional methods.

Although the Italians were not the first to invent wine, they are arguably the most passionate about it. Its origins actually derive from ancient Mesopotamia in 4000 BC. The Greeks then brought the wine-making craft to southern Italy, and the Etruscans introduced it to the central parts of the country. However, it was the Romans who took the art of wine-making and refined it. In the Roman Age, there were 20 regions who produced wine, with the most popular choice, surprisingly, being white.

Experimentation of wine was a big part of the wine-making process for the Roman wine-makers who added various spices to wine and produced samples with much higher alcohol content than what we are used to in the present day. The Romans were even the first to age the wine to achieve a better taste. Upon the realisation of the ageing process, Romans would age their wines for between 10 to 25 years in wooden barrels or glass bottles with cork tops.

The Romans believed that wine was a necessary part of daily life, and the drink became important for international trade with neighbouring countries. The drink was also talked about in numerous writings from such renowned authors like Virgil. Romans placed such an importance on wine that there was a God in its honour, Bacchus.

The popularity of wine, amongst both the most privileged to the peasants, thrived and died with the Roman Empire. It wasn’t until the Renaissance era, the age of genius, that the taste for wine revived and became a staple of Italian culture. The Renaissance era can be defined as the rebirth of Italy, and it was at this point in Italian history that culture and traditions were redefined. As the trade increased, there was an abundance of wine being produced across numerous Italian regions, with each region using their own produce as a way of trading with their neighbouring regions. Families established their produce and their reputation in this period, some of which are still renowned today.

From the Renaissance period to this very day, Italian wine is considered the best in the world. This is not only down to the Italian’s strong historical ties to the drink, but their innate passion for it. So, why not settle in your Sicily holiday villas with a glass of fine local wine to celebrate this fundamental element of Italian culture during your stay?