A new work of art by street artist Alexandre Farto, also known as Vhils, debated to be the world’s largest mural, has been revealed at the thriving port of Catania, where many people enjoy their Sicily holidays. 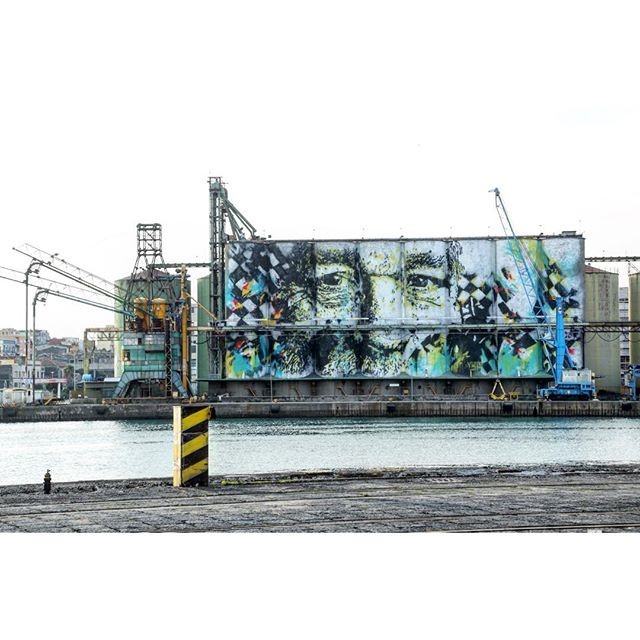 The work was commissioned by the Fondazione Terzo Pilastro Italia e Mediterraneo and curated for the Emergence Festival 2015, covering eight grain silos which look out to sea, the mural welcoming ships and boats as they approach the port. Measuring 30.2 metres high and 64 metres long, the mural is Vhils’ largest mural to date, having previously created several works of large-scale street art in a number of global locations.

The mural purposefully faces the sea, as its main message is to highlight the importance of Sicily, with its central location in the Mediterranean, as a meeting point for several cultures and civilisations which have all created an impact in the region across the centuries. Vhils said in a statement: “The intention to depict human elements – a face gazing into the horizon – by weaving them into the fabric of the territory is an attempt to highlight this meaningful historical relationship between peoples, the sea and the land.”

Sicily’s rich and varied cultural heritage can in fact be discovered all over the island, from ancient monuments to grand religious buildings, with several cities, towns and villages boasting a mixture of Italian, Greek and North African origins. This new mural captures well the cultural melting pot that is Sicilian society, which has made the island a hit with tourists and travellers time and time again.