Dance the night away at La Notte della Taranta

Perhaps the largest musical event in the whole of Italy, the famous Notte della Taranta returns to Puglia on August 27th for its 19th edition. 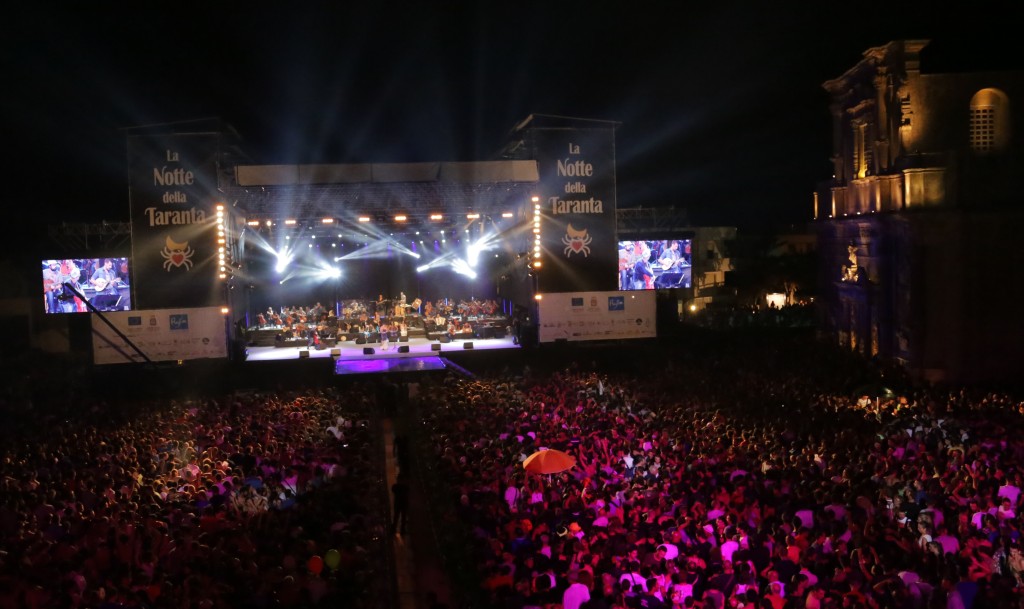 The main event takes place in the town of Melpignano, which is normally home to just 1,000 people; however, numbers swell to an incredible 100,000 during the festival as people of all generations unite to enjoy the traditional music. Several other smaller events will also be taking place across Puglia, in towns and villages south of Lecce, in the lead up to the main night.

La Notte della Taranta translates to ‘Night of the Tarantula’, and is a tribute to the Pizzica (Bite), the traditional dance of the Puglia region. According to legend, the region’s field workers found that the only way to flush out the poisonous venom from a tarantula bite was to dance like your life depended on it, giving birth to the dance and the festival as a result.

People head to the festival not only from all over Puglia but also all over Italy, making this a musical event of national importance. Melpignano’s backstreets and alleyways crowd with stalls which overflow with foods, drinks and crafts, preparing the throngs of people for the entertainment that lies ahead.

Generations of family and friends unite before the performances begin on the stage at around 7pm. Singers and dancers continue to entertain as the crowd goes wild well into the night, with the headliners not making an appearance until the early hours of the morning. Last year’s Concertmaster was former Roxy Music and David Bowie guitarist Phil Manzanera, so you can certainly expect an excellent line-up for this year’s event if you plan to visit during your stay at our boutique hotels in Italy.