Not every capital city gets to celebrate its birthday, but Rome is an exception, revelling in over two millenniums of history to create a party like no other. If history, culture and celebration is what you’re looking for from your holidays in Italy, Rome’s birthday celebrations have to be one of the best events to visit for. 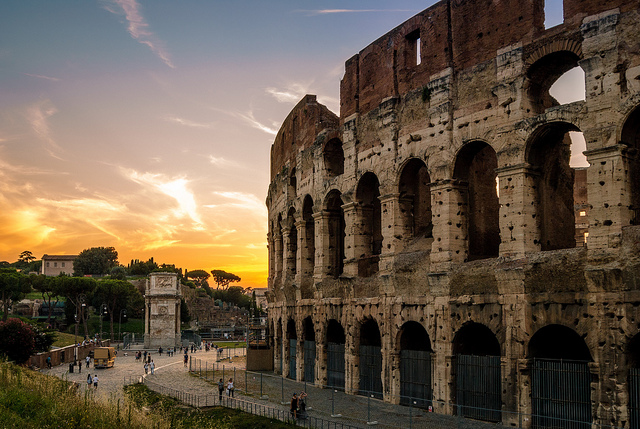 Its official birthday is on April 21st, though the celebrations are held over the entire birthday weekend, with the city’s museums and parks open for free to the public, as well as several parades spilling out into the streets. Rome’s extensive history will also be played out in a series of historical re-enactments, fittingly held at the ruins across the city, which include the Circus Maximus and the Colosseum, where thrilling gladiator displays will also be held. By night, the banks of the River Tiber will be bathed in the light of fireworks bringing the lively street parties to a close.

According to legend, work began on building the city of Rome in 753BC, over 2700 years ago, with the official date of April 21st having been decided upon in 1BC by scholar Marcus Terentius Varro. It was said to have been founded by orphaned twins Romulus and Remus, who were the sons of Mercury and Rhea Silvia, who was the daughter of the king of Alba Longa.

After Romulus and Remus were forsaken by their mother, they survived a drowning in the River Tiber and washed up on Palatine Hill, where a she-wolf suckled them and gave them life. They were then found by the shepherd Fastulus, who raised them to become leaders of their group of shepherd warriors. Upon learning they were heirs to the throne of Alba Longa, they attacked the empire and made their grandfather the king. They then decided to establish their own city at the site where the shepherd found them. However, misunderstandings arose between the two brothers, leading to Romulus killing Remus. Romulus then took control of the city, naming it Rome.