Celebrated in honour of St Joseph, or St Giuseppe in Italian, the man who raised Jesus, St Joseph’s Day not only honours the saint but also fathers everywhere, and is celebrated in Italy every March 19th. 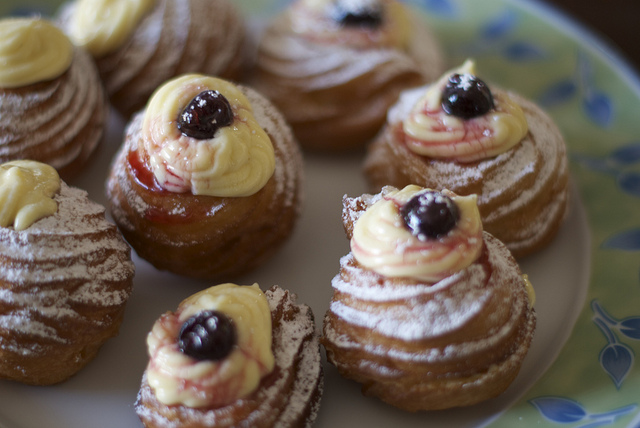 The day is especially important in Sicily, as St Joseph is regarded by many there as their patron saint, having, according to legend, saved the Sicilians from famine during a severe drought. During the drought, the people prayed to Joseph, promising that if their prayers were answered, they would throw a feast to honour him – this is where the Italian traditions we celebrate today come from. Fava beans were said to be the crop which saved the starving population, and so these are consumed by the Sicilian people on St Joseph’s Day in a soup dish known as Maccu di San Giuseppe. If you’re staying in one of our holiday villas in Sicily this March, it’ll be hard to miss out on the St Joseph’s Day celebrations.

Typically on St Joseph’s Day, the celebrations not only revolve around the church, but also around food, thanks to its origins – it is common give food to the needy on St Joseph’s Day. People place goods such as flowers, fava beans, limes, candles and baked goods on the altar to give their thanks. Most of the day is then spent as a family, where fathers will receive presents from their children, and everyone spend the day together feasting.

One of the main symbols of St Joseph’s Day is the zeppola, a Neapolitan pastry first made in the 19th century, which is enjoyed all over Italy. Zeppole consist of deep fried balls of sweet dough, covered in sugar and sometimes served with cream. On St Joseph’s Day you can normally grab one anywhere you are, as street carts can be found on every corner to mark the occasion.