Though many countries begin their Christmas celebrations as early as November, in Italy, the festivities don’t begin until December 8, when the nation celebrates the L’Immacolata Concezione della Beata Vergine Maria, or Feast of the Immaculate Conception of the Blessed Virgin Mary. 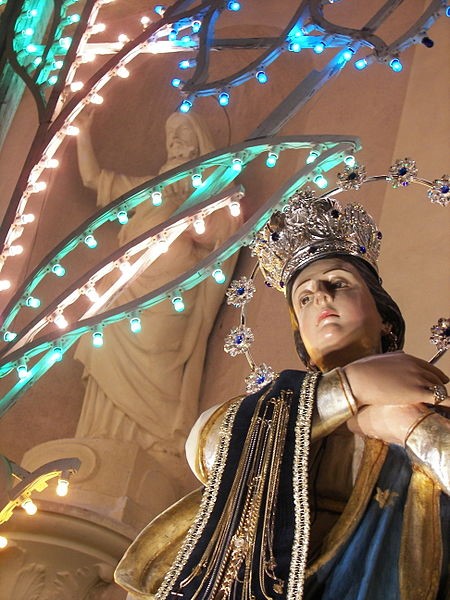 The feast’s origins stretch back thousands of years, though the doctrine behind the celebrations wasn’t adopted officially until 1954, when Pope Pius IX declared the Virgin Mary free of the original sin which has afflicted humankind ever since the Fall of Man in the Garden of Eden.

Today, L’Immacolata is a public holiday, with many cities, towns and villages celebrating the occasion by holding traditional processions. Each part of Italy celebrates the day different – in Abruzzo, for instance, the celebrations are often celebrated around bonfires, which are said to symbolise the purification of the Virgin Mary as she was freed from sin and misfortune. In some places, such as Atri, the vigil of the Immacolata even covers two days of celebrations, which include a torchlit procession, fireworks, folklore, music, dancing and local specialties such as hot wine and roasted chestnuts.

With many people having the day off from work, it is also the day when many Italians put up their Christmas trees and holiday decorations, and the countdown to Christmas in Italy has truly begun.

If you’d like to experience a charming Christmas in Italy, visit our website for a hand-picked selection of holidays in Puglia, Abruzzo, Tuscany, Umbria, Sicily and Sardinia.