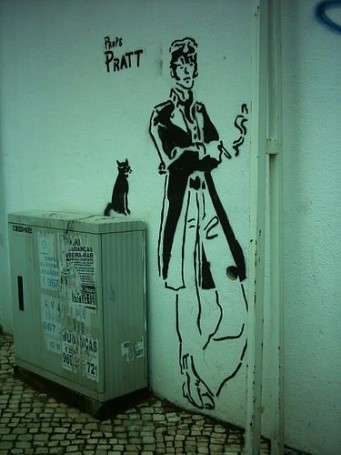 First launched in 1967 with ‘The Ballad of the Salt Sea’, the books follow the adventures of the captain and his encounters with many historical figures, including the outlaw Butch Cassidy and writers Ernest Hemmingway and Joseph Conrad. The new book, to be brought back to life by Spanish duo artist Ruben Pellejero and writer Juan Diaz Canales, will be titled ‘Under the Midnight Sun, and will turn back time to 1915 in an 88-page story available in both black and white and in colour.

The son of a Cornish sailor and an Andalusian gypsy, the success of the novels has lay in the adventurous spirit brought about by his travels and his mixed background, influenced by the life of author Hugo Pratt himself. Though his name sounds English, Pratt was Venetian and travelled the globe as much as his character creation, getting his break as an illustrator in Argentina.

The book series has remained popular throughout Europe and has been translated into several languages, with the new title set to be translated into English. Capturing the excitement of travel and bringing its readers feelings of wanderlust, the Corto Maltese books are a real Italian institution.

If you’ve already got a thirst for travel, visit our website for the best hotels in Puglia, Tuscany, Sicily, Sardinia, Abruzzo and Umbria.