The History of the Italian Flag

Italy is an incredibly intriguing country, with a rich history details its trials and tribulations over the years, as well as its victories which have accounted for making it one of the most popular holiday destinations across the globe. Famed for its breathtaking beaches and its celebrated cuisines, there are a plethora of reasons why you should consider taking a trip to Europe’s boot this summer. Before packing your bags and boarding your flight to the country, however, find out more about Italy’s flag and how it came to be! 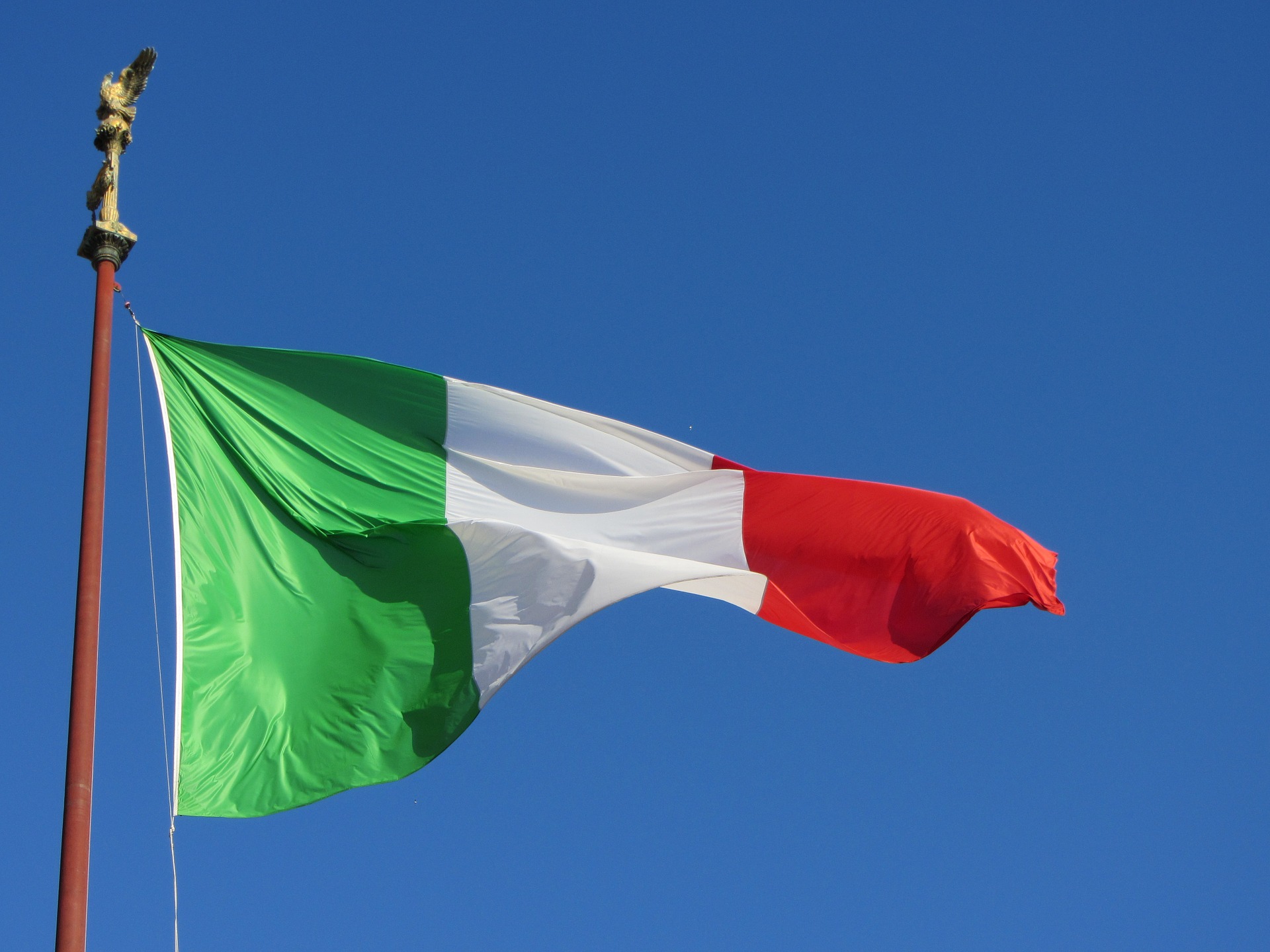 Aptly named il Tricolore, the tri-coloured flag is easily distinguishable as Italy’s flag. The verticle stripes of green, white and red are all the same width, with a ratio of 2 to 3. Today, the flag has several variations; the variant flags of the Italian Republic, all of which are used for different purposes and are used as the Civil ensign, the State ensign and the Naval ensign, each have a coat of arms in the centre and have been adopted over the past century. However, the history of the flag hasn’t always been this straightforward.

Some of the earliest documentation of the Italian flag is in the 1200’s but, due to the countries control being divided, the lack of unification meant that there was no official coat of arms. Over the following years, the countries division was still evident through each region having their own flag and, in fact, it wasn’t until the unification of the country, which was completed in 1870, that Italy merged as one.

It wasn’t until Italy was invaded by the French that the country decided to join forces, with several political groups forming to help bring structure. It was during this period that the Tricolore emerged for the first time, adopted from the French flag of the same style. On October 9th, 1796, the flag was used on a banner to present the National Guard of the Transpadane Republic in the north of the country, with the Milan Civic Guard also using the cockades. In the years following this, several republics would merge together, however, the flag would remain the same. Despite this being its first widely-acknowledged use, it has also been reported that, two years prior, it was used by a group of students studying at the University of Bologna who were planning a riot against the Catholic government of Bologna, which is why Napoleon Bonaparte decided these colours should be used in 1976.

The reasoning behind the colours varies, with several different explanations as to why green, white and red were selected to represent the country. One possible explanation is that it was influenced by the uniforms of those who were in the military in Milan, who wore predominantly green with several hints of white throughout. Additionally, it has been suggested that each of the colours is representative of a different thing, with the colours meaning either hope, faith and charity, or green for the hills, white for the mountains and red for the wars of independence.

This summer, why not take the plunge and book a trip to Italy? With so much on offer, it is the perfect place to escape to over the summer months; a warm climate, beautiful beaches with long stretches of white sand and shimmering turquoise waters, as well as delectable delicacies, we believe that you’ll fall in love with Italy’s charm as soon as you step foot off the plane. Here at Essential Italy, our aim is to ensure that you have the best holiday possible, and our fantastic team strive to answer any queries that you may have before embarking on your dream getaway. If you’re interested in discovering why a stay in one of our luxury Italian villas is for you, get in contact with us today or take a look at our blog, where we have a bank of detailed articles on locations around the country!