The island of Sicily is a haven for tourists looking for a slice of the Mediterranean lifestyle. Blessed with hot, sunshine-filled summers and mild winters, the biggest island in the Mediterranean is awash with stunning beaches and beautiful ancient cities. In fact, Sicily’s historical capitals are but the tip of the iceberg when it comes to the island’s rich cultural past.

There are few places on earth, let alone on the Italian mainland, that have as much historical wealth as Sicily. From its notably populous prehistoric ages to the famous Kingdom of Sicily that once ruled much of Southern Italy, the island has been blessed with the impact of some of history’s greatest civilisations, and many of their remains are still standing to this day. If you are planning an island adventure while visiting our villas in Sicily with a pool, then check out these incredible ancient landmarks just waiting to be discovered!

The Temple of Segesta

As mentioned previously, Sicily has one of the wealthiest prehistoric periods in global history, with many different tribes from across the continental region leaving their mark on the island. One of the earliest known tribes were known as the Elymians, and their impact on the west coast of the island can still be seen in the remains of the ancient city of Segesta.

The origins of this location are obscure, as the site was considered historic even by the Ancient Greek and Roman civilisations. One of the most eye-catching artefacts of this region is the Doric Temple, a remarkably well-kept example of Ancient Greek influence in this part of the world. 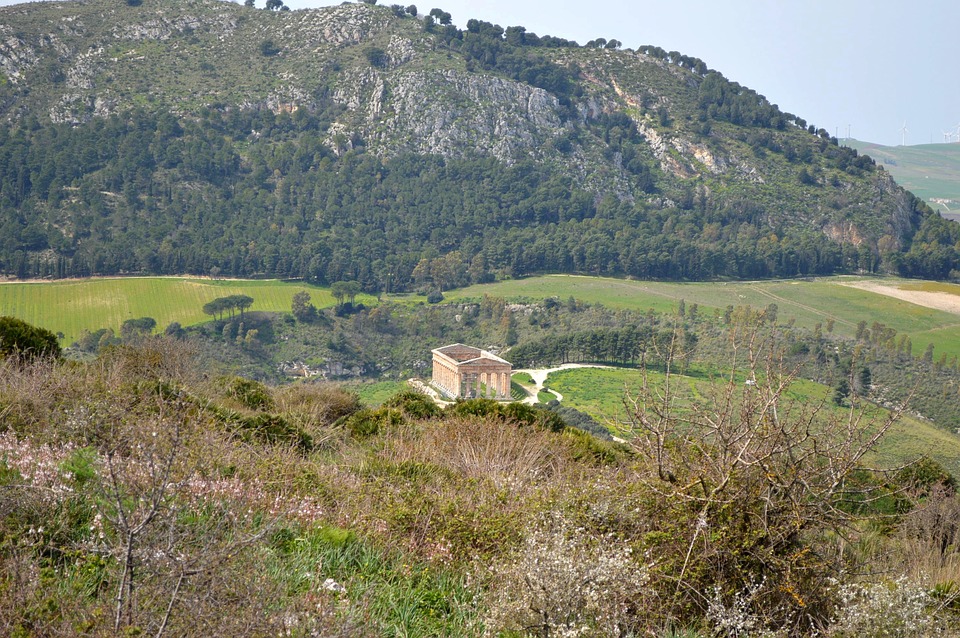 The Necropolis of Pantalica

Another of the most prominent prehistoric tribes in Sicily was the Sicels, originating from Southern Italy and from whom the island gets its name. One of the finest examples of this ancient historical group can be found near the southeast coast of Sicily, one hour inland from Syracuse, in the historic commune of Pantalica.

Around 1000BC, Pantalica would have been a thriving defensive settlement for the locals. However, the remains that are still visible today consist of thousands of tombs cut out of the limestone cliffs of the area. This collection of cemeteries is one of many UNESCO World Heritage Sites in the area, including the city of Syracuse itself.

The Valley of the Temples

The impact of the Ancient Greeks in Sicily and vice-versa cannot be overstated. The two go hand-in-hand, and while the island’s influence can be seen in Greek Mythology, the relationship is most apparent in the abundance of historical remains found across Sicily. The most famous of these is the Valle dei Templi, an archaeological site around the ancient city of Akragas, now outer Agrigento.

This ancient settlement contains a collection of Greek temples, dating back from the 1st Century BC to the 5th Century BC. The most notable of these is the Temple of Concordia, built before 400BC. It is one of the most complete Ancient Greek temples still standing and ranks as one of the most famous historical landmarks across the whole of Sicily. 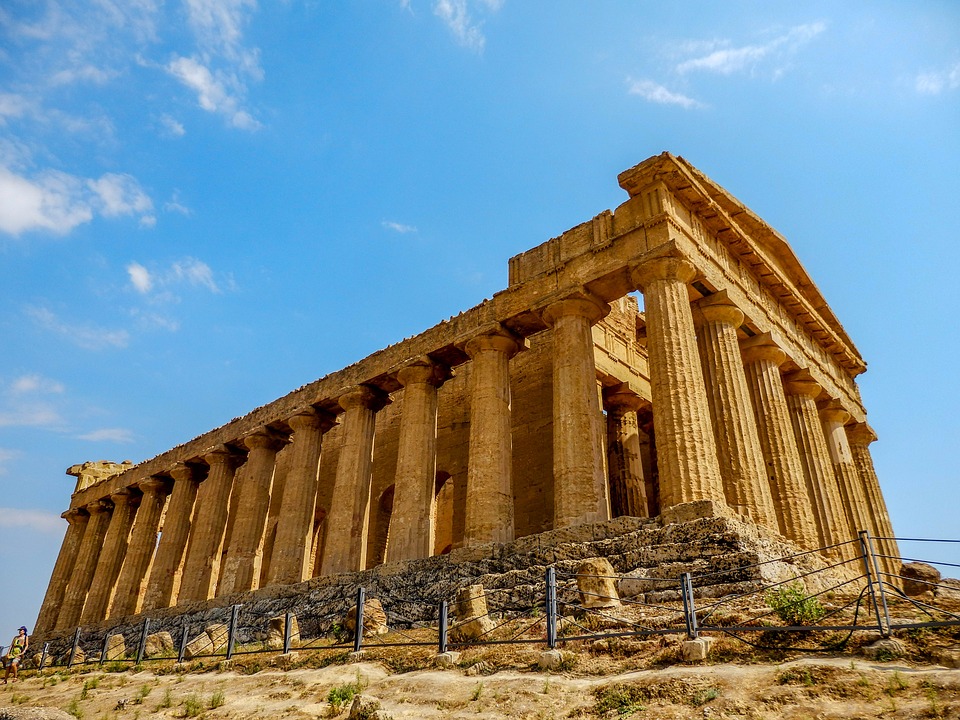 Following the rule of Ancient Greek civilisation, Sicily became part of the Roman Empire, who themselves would leave an indelible mark on the island. This fascinating crossover of two of the most powerful civilisations in ancient history can be acutely felt in Tindari, a small town in the north, close to the Italian mainland.

A location founded by Greeks, following the Punic Wars it became one of Rome’s most prosperous cities and many ancient landmarks depicting this history remain standing, including Greek theatres and Roman baths. Tindari also has a fascinating legend concerning its Black Madonna statue, a historical artefact that sits in the restored town’s modern church.

Roman civilisations flourished on the island of Sicily for many centuries, and one of the best-preserved reminders of this comes in the form of a Roman Villa sat near the modern town of Piazza Armerina in the centre of the city. This UNESCO World Heritage Site, dating back to the 4th century AD, is one of the most vibrant and varied collections of Roman mosaics in the world.

A beautiful building with gardens, arched gates and a grand basilica, the villa is lined with swathes of ancient art, covering everything from daily life to classical mythology. 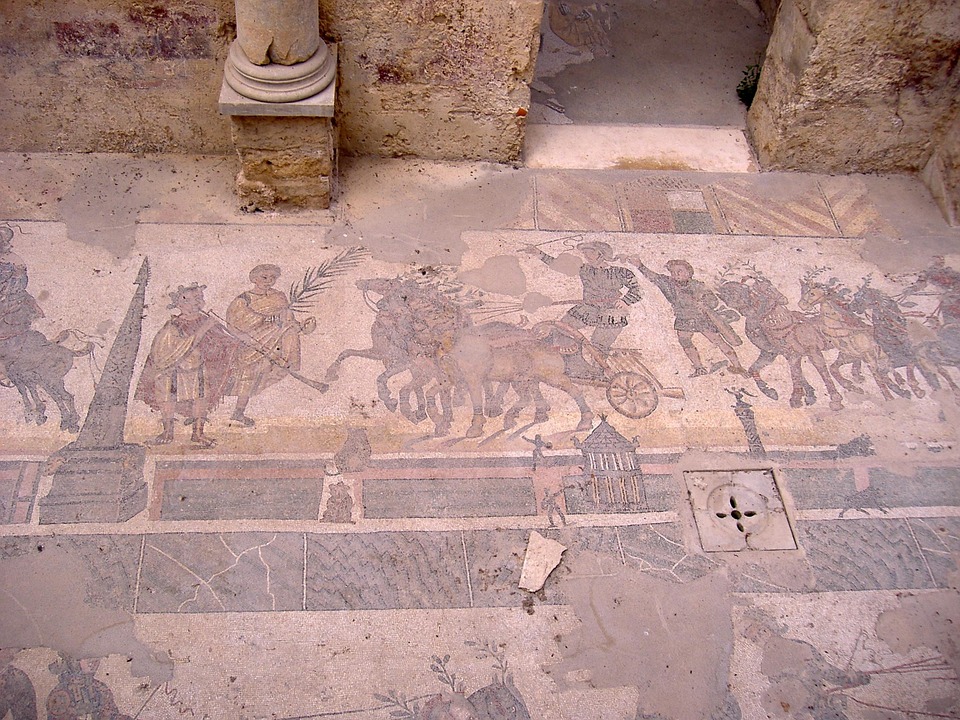 These are just some of the stunning historical locations in Sicily, taking you back through the history of this beautiful region. If you want to discover more, why not check out our blog post on the top landmarks to visit in Sicily?