First European Quidditch Games to be held in Tuscany

What first began as a fictional sport in the incredibly popular Harry Potter books has now become a reality, with Italy becoming the surprise new home of Quidditch. 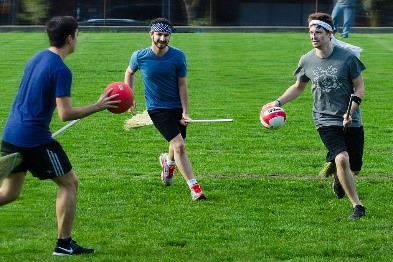 From today, thousands are expected to descend upon the ancient Etruscan town of Sarteano, found in the heart of Tuscany near Siena, to witness the first major event in this quirky sport.

Twelve international teams from across Europe, including Great Britain, will take part in the tournament, who will be greeted by a Harry Potter-themed party in Sarteano Castle, which dates back to the 11th century. The rest of the town will also embrace the event, with the markets turning into the real-life version of Diagon Alley, the magical shopping area visited by wizards in the books.

The sport is apparently growing in popularity all the time in Italy, with some 6000 Italians already taking part in the game. Large cities such as Rome, Milan and Turin also have their own established Quidditch team. After the game first originated in the US in 2005, there are now thought to be around 100,000 players worldwide.

The Quidditch adaptation tries to stay as close to its fictional incarnation as possible, though there are limitations in that the players cannot be airborne like in the books. Each of the seven players must still hold a broomstick between their legs at all times, and the game comes to an end once the snitch is caught – but rather than being a flying golden ball with wings, it comes in the form of a person with a tennis ball suspended in a sock between their legs.

The fun will take place over the entire weekend, and is sure to enchant both children and adults alike. If you’d like to immerse yourself in some of Italy’s unique and special cultural events such as this, visit our website for a great range of Tuscany, Umbria, Abruzzo, Puglia, Sicily and Sardinia apartments, hotels and villas.