Experience a flavour of the real Sardinia at Sa Sartiglia

Running this year from the 7th to 9th February is Sa Sartiglia, one of February’s biggest events in Sardinia, taking place in the town of Oristano. 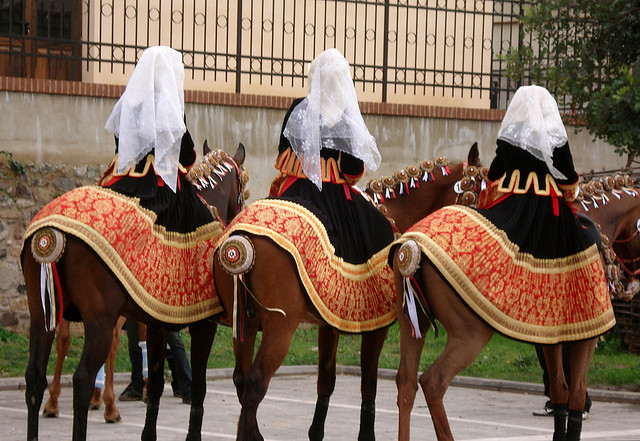 Sa Sartiglia is regarded by many as the most spectacular carnival in Sardinia, putting on a highly entertaining show of horseback tournaments, acrobatics and music over Carnival Sunday and Shrove Tuesday. The event dates back over 500 years, and is also a symbol of the importance of horse-breeding in the Oristano region throughout history.

According to tradition, Sa Sartiglia begins following an announcement by the town crier in the central piazza for all to hear, before the extravagant equestrian displays begin. The main entertainment comprises of a number of skilled riders jousting against one another in the ring in order to select Su Componidori, who will be the leading figure in the remaining celebrations.

As the king of the celebrations, Su Componidori dons a mask, depicting a mysterious god, and will pierce a silver star, hanging in the midst of the narrow streets, as the other horsemen also gallop ahead of and behind him. Following the piercing of the stars, the celebrations continue as the horsemen split up into groups of three, performing incredible feats of acrobatics on horseback.

With this unmissable event getting underway soon, make sure you don’t miss out on the epic celebrations and traditions – book a stay at one of our apartments, villas or hotels in Sardinia today!