Eat your way round Sicily with Gino D’Acampo

Italian chef Gino D’Acampo says Sicily is home to the best food in the world – but is he right?

The chef says the island, and nearby Sardinia, offer the best food to be found on the planet, and he plans on proving it with a new TV show.

The Neapolitan born celebrity chef has already shown off some of Italy’s culinary culture in previous TV series, and his latest show will focus on Sicily. 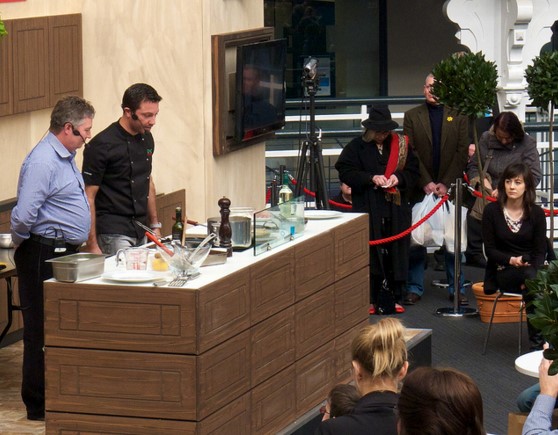 Speaking to the press ahead of the series hitting the airwaves D’Acampo was adamant that the best way to discover Italy is through its cuisine. “If you go to Rome, you should have spaghetti carbonara,” he said. “In Napoli its buffalo mozzarella you should try, in Venice its Prosecco and in every other area there is one favourite local delicacy to try.”

But in Sicily things are different, according to D’Acampo. That’s because the island’s dishes have been influenced and flavoured by conquerors. The Greeks introduced wine, figs and olives, the Moors introduced citrus fruits, spices and saffron and the Spanish served up tomatoes and chocolate.

That means there’s much to sample on the island, so if you fancy trying them out why not book one of our Sicily villas and head over for a culinary experience that’s out of this world?