Why you Must Experience Christmas in Sicily

Christmas in Sicily is a magical experience. Holidays are not just for the summer – the rich culture and friendliness of the region shines during December too. Here at Essential Italy, we have come up with a guide to holidaying in Sicily over Christmas to help you take advantage of all the wonderful things this region of the world has to offer.

A Sicilian Christmas has all the joys of the season yet with a much milder climate than Britain. It will not quite be beach weather in Sicily in December – think closer to a warm September’s day in London, with the average temperature around 12-15º Celsius.

While rain is more common this time of year than in the middle of sweltering summers, most days are still beautiful clear skies. Take advantage and experience the beauty of the island during your visit! 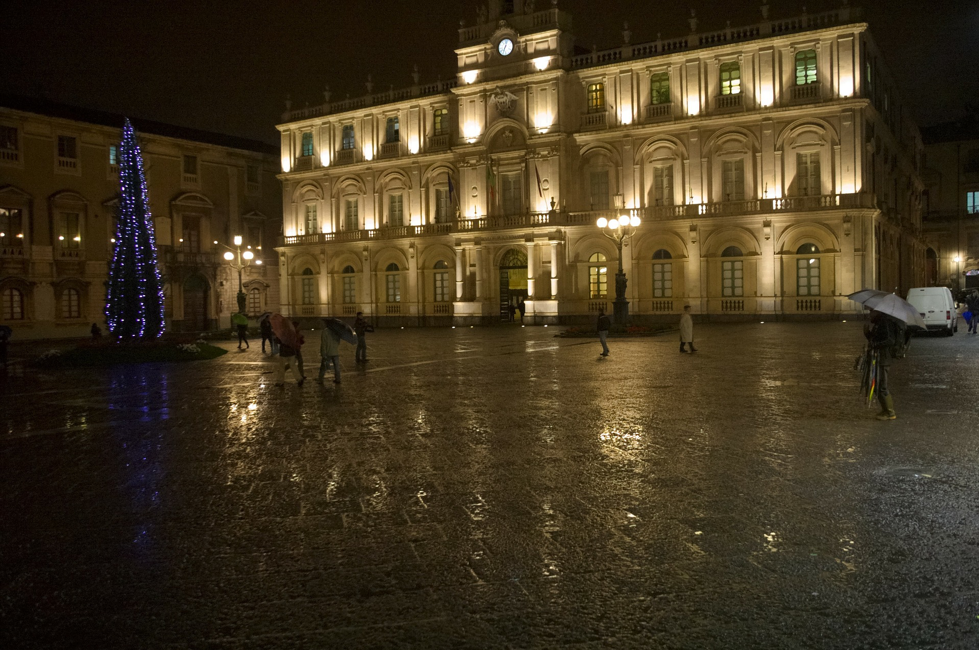 Sicily (as does Italy as a whole) celebrates not only the Christmas holiday but also Saint Stephens’ Day (on Boxing Day), Capodanno (on New Years Day) and Epiphany (6th January). Holidays are still profoundly Christian on the island and rooted in local culture, resisting commercialisation from abroad. So if you want a unique Christmas experience, Sicily is a perfect destination. 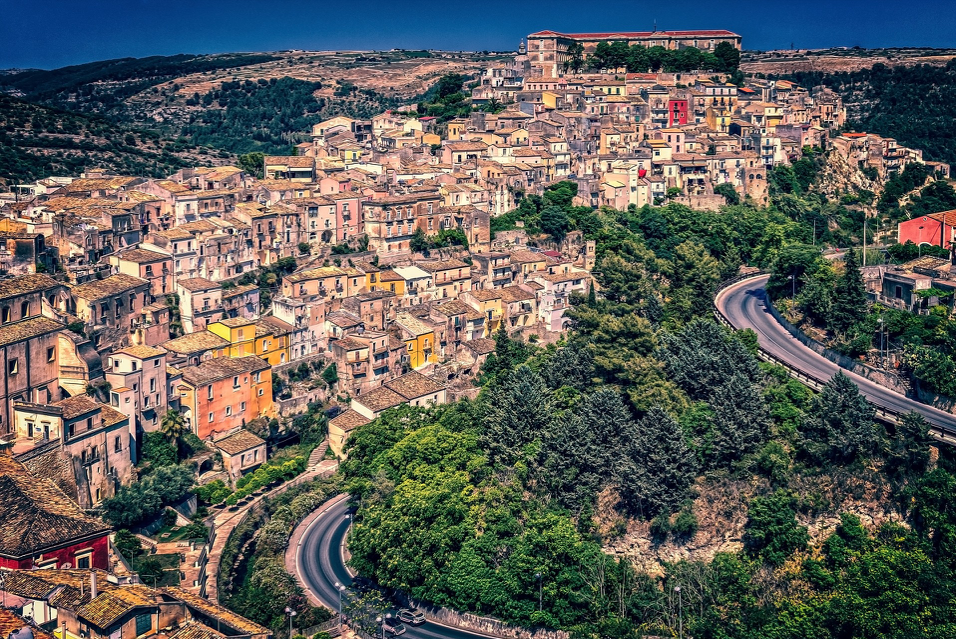 While most Brits think that on Christmas Eve a portly man with a great white beard and flock of reindeer hands out presents to the good boys and girls but gives coal to the naughtiest children, in Italy the one who delivers gifts to the good and sticks to the ill-behaved is the broomstick-riding old Lady Befana. The Christmas Witch also delivers presents on Epiphany, which is celebrated on the 6th January, rather than the 25th December, and you shouldn’t leave out milk and cookies – it is much more traditional to leave her a good glass of wine instead!

Epiphany celebrates the gifts and visit of the Three Kings to Jesus Christ as a child, and the revelation to them that he is the Son of God, as well as his baptism on the same day by John the Baptist in the River Jordan. In Italy, the country celebrates Nativity on the 25th December and the 6th January for the manifestation of Christ. Since the fourth century, the holiday has been of holy significance to the Catholic Church and many traditional Epiphany customs. Over time, the story of Befana, the Christmas Witch, became intertwined with the holiday and led to the celebrations that arise all over Sicily today.

On New Year’s Eve, Sicilians celebrate the Feast of St Sylvester with a cenone, a sizeable multi-course dinner, to celebrate the conversion of the Roman Emperor Constantine I’s conversion to Christianity. Constantine I was the first Emperor to explicitly convert to Christianity at a time where the Eastern Roman Caesar Galerius was still persecuting Christians for their belief. Cosntantine’s conversion was attributed to many in the Church – including his own mother, Helena – to his military victories, and his conversion paved the way for the Christianization of Rome and Europe, something still celebrated in Italy seventeen hundred years later. The Feast is typically called Cenone di Capodanno and consists of a huge multi-course dinner – sometimes more than twelve courses – eaten throughout the evening coupled with copious amounts of wine to usher in a new year.

During Cenone, one ought to conta quatrini tutto l’anno – count coins all the year – by eating coin-shaped foods like lentils and grapes,. One tradition in the Bay of Gela, for example, is to eat a ‘coin’ at every stroke of the clock on midnight – a challenge many children eagerly snap up! – to signal the start of a new year, the turning over of new leaves, and for good luck and wealth in times ahead. Ustica, a Sicilian-grown breed of lentil, is especially commonly eaten at this time of year for good luck.  Food commonly eaten at this time of year includes as zampone (pig trotters stuffed with sausage meat) and cotechino (a special type of sausage).

To make sure you are able to experience a traditional cenone, we recommend you find a restaurant and book well in advance to avoid disappointment! 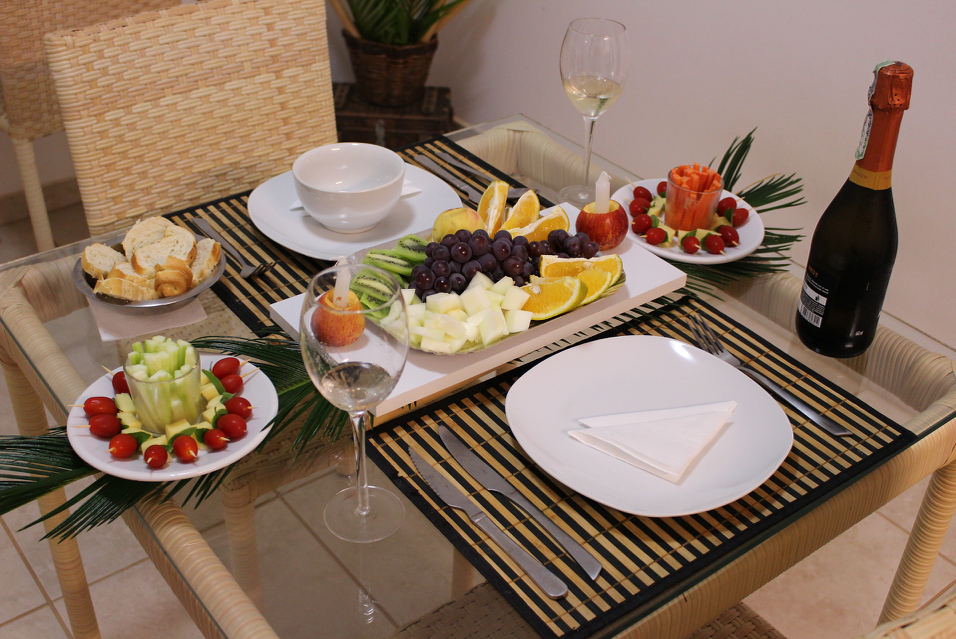 Taormina, the hilltop town perched between Mount Etna and a steep cliff into the sea, is known both for its magnificent views and its rich cultural traditions. Over Christmas, the area is much less crowded but full of Taorminan traditions. We especially recommend visiting the Carretti Siciliani, a parade of carriages intricately displaying Sicily’s proud heritage.

Trapani also becomes a festive wonderland over Christmas, with a parade or celebration almost every day. Most of all you will notice the number of nativity scenes – while many pop up over Sicily in December, you will find Trapani overflowing with decoration.

Most days other than bank holidays, historical and archaeological sites remain open for you to visit during the festive season, like the historically rich Roman Theatre in Catania. This time of year the queues are often shorter, giving you more time to experience the extraordinary sights that populate the Mediterranean island. Even better, December marks the beginning of the Sicilian concert and opera season, so Palermo’s Teatro Massimo and Catania’s Teatro Bellini can offer during your visit. Both are nineteenth century restorations – the Massimo is one of the largest Theatres in Europe and the largest in Sicily, where the final scenes of The Godfather trilogy were shot. The Bellini by contrast is a more private venue, seating just over a thousand, with performances from some of Italy’s best conductors. 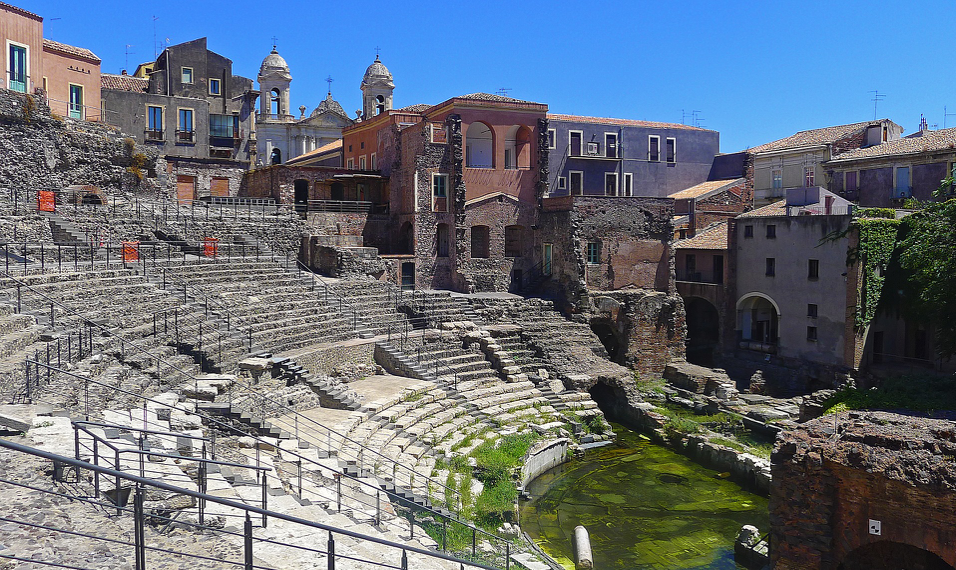 There are many gorgeous places to stay in Sicily during a Christmas holiday. A popular destination is Trapani. It seems as if the entire town comes out every Christmas season to celebrate, and it is hard not to get swept up in the festivities of the locals when visiting. Situated on the western coast of Sicily, on clear days you can see as far as the Aegadian Islands, the site of the decisive naval battle between the Romans and Carthaginians that brought to an end the First Punic War.

For another option off the beaten path, our villas near Noto are worth exploring. Old Noto was destroyed in 1693, and the city was rebuilt from the ground up in the prevailing Baroque style of the time, creating a beautiful town to explore. Take time to visit Noto’s Cathedral, a dominating Baroque building that has recently been renovated, and its seasonal service. 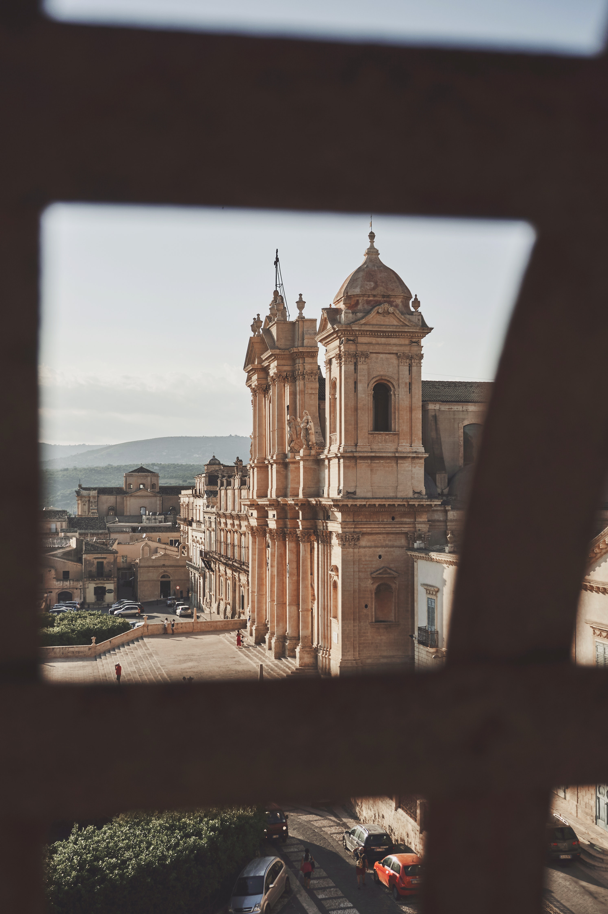 If you’re interested in escaping to one of our Holiday Villas in Sicily over the Christmas period, or at any time of the year, our team at Essential Italy will be more than happy to help. Please don’t hesitate to get in touch, and we will try and make your Italian Christmas dream a reality.