Ancient Roman shipwreck discovered off the coast of Sardinia

An incredible Roman shipwreck has been discovered on the seabed just off the coast of Sardinia, loaded with cargo which remains in pristine condition just as it was at the moment of its departure. 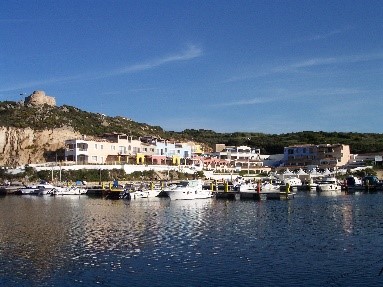 Estimated to be from the first or second century AD, it was discovered 150ft under the water off the coast of Santa Teresa di Gallura, measuring 60 feet long and 23 feet wide.

Italian police divers working with the Superintendent for Archaeological Heritage discovered the shipwreck, which is said to have been crossing the Strait of Bonifacio, which separates Sardinia from Corsica, likely heading towards Spain when it sank.

The shipwreck was loaded with incredibly intact terracotta roofing tiles, said to have remained so intact as the ship is believed to have sunk vertically. It is likely that the tiles were produced in Rome, with enough on board to build a roof according to the Roman ‘imbrex and tagula’ pattern of curved and flat tiles still used today.

The find is said to be of “great scientific value”, as the well-preserved cargo gives us an insight into how sailing vessels were loaded before they left the port. In this case, the flat tiles were packed next to each other like a deck of cards, while the curved tiles were stored on top of each other nearer to the centre of the ship.

Although there are no plans to recover the wreck, there are however hopes that it will be opened in the future to those who wish to take an underwater guided tour.

Essential Italy provides a range of top-class accommodation in Sardinia, as well as unforgettable holidays to Sicily, Abruzzo, Umbria, Tuscany and Puglia.